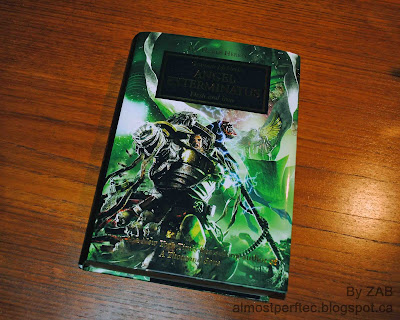 First things first: The winner who emailed me with the right answer to the question of the first 3 words in Horus Rising and whom they were spoken by: Pawel Cynk of Zycium Factory!  The answer was "I was there" spoken by Garviel Loken. Congrats man, your book is on the way! If you thought Fulgrim was a jerk before, you won't believe what he'll do this time ;)  Now, onto the WIP... 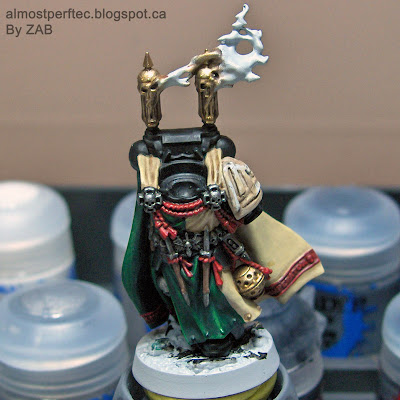 At this point I had the gold done and then started on the rest of the details... 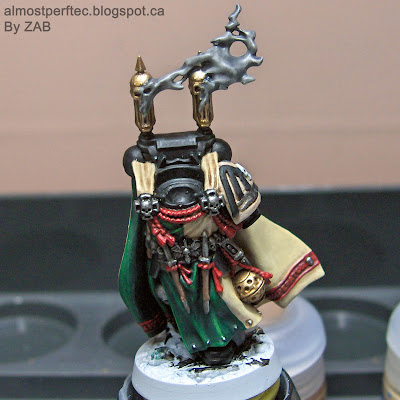 The smoke from the censors on his power pack tuned out really well. I'm very pleased with that particular detail! 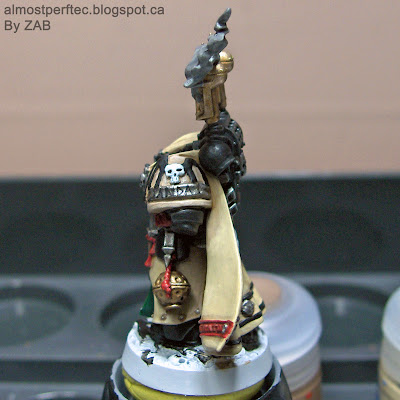 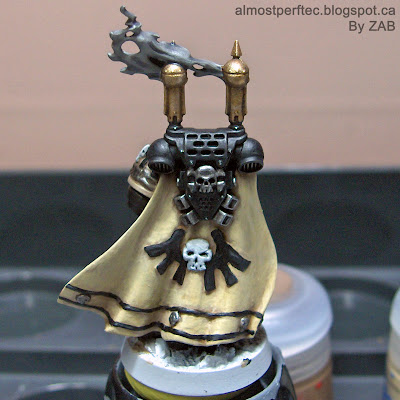 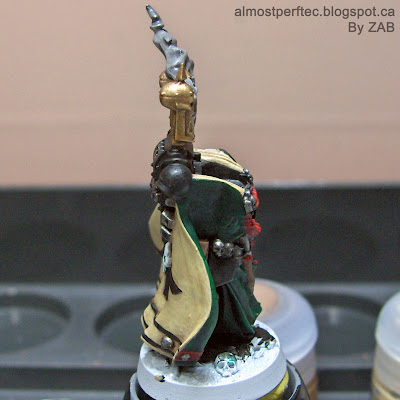 Then it was time to do the base and assemble him... 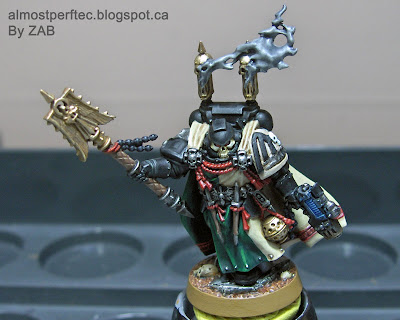 I also knocked back the red a bit with a wash of Carroburg Crimson. 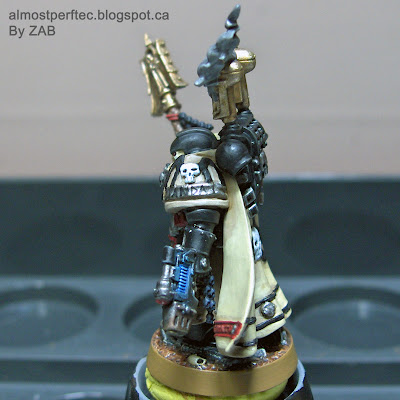 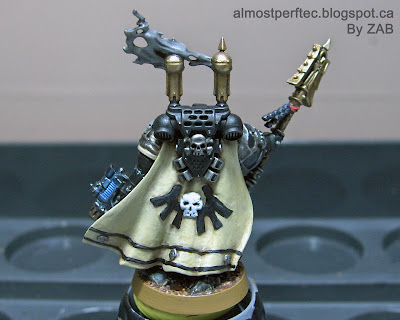 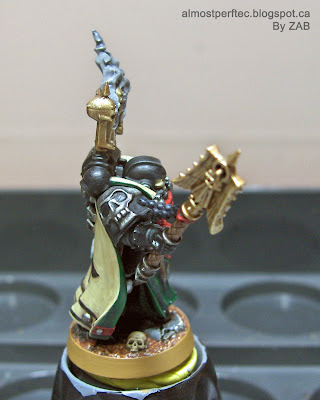 So at this point he is ready to be sprayed with Vallejo Matte Varnish and then have some static grass added to the base. Then it will be time for some display pics! Looking pretty good right now though.

Speaking of looking, let's do some looking at what's in the year ahead...

I just bought my Dark Angels Codex. Yay! So there will be a few more Dark Angels successor models coming this way once I finish my DV set...

1) Finish DV set. This will go like poop through a goose once I am done with the character minis. I give the HQ more attention than the troops whom I tend to batch paint. My 2 levels of painting: Pick up and look closer (High level table top) & Pass the 3' test (Standard table top).  I like to think I have a third display level like that used on my Alpha Legion Champion and my 25th Anniversary Marine, but really those are still just Pick up and look closer.

2) Take part in the Beta test for James Wappel's new Kick Starter Painting DVDs! I'm really psyched to get my hands on those. I can't wait to see how that guy works in real time!

3) Paint up one of my five large scale Imperial Space Marines from Forge World. In fact, one is soaking in Dawn right now thanks to a great tip from Tim over at Miniature Tim!

4) Purchase and paint up a crew for the Pirate Ship Idioglossia (it's a word look it up):
This ship sits in the middle of our cubicles at the creativity factory where I work.  We need some avatars to represent the crew of promo producers who man the ship. I have found perfect minis from Reaper and C'MON, but honestly I can see 40k stuff blowing this plan away. Of course it might be a nice break from power armor and I did like my brief foray into those Pulp City minis I did last year...

5) Build and paint some of the new Dark Angels models. I'm a little blah about the new minis, although I would buy them just to kit bash some of the stuff I saw while checking out the new digital version of White Dwarf. There are a few bits like the drum fed bolt pistol on the Ravenwing Black Knights I just want so bad. Also I love the new flier, but not that new speeder. Ugh no thanks.

6) Build and paint up Angron from Forge World. Of course, he'll be next to get a bath in Dawn :)

Not a big list and yet I'm guessing about half of that will get done. At least there will be tons of content for the blog right? What do you want to achieve with your hobby this year?

Next post there will be display pics of the finished Chaplain and lined up on the painting station is the DV Librarian!  Thanks for the visit and remember; you can't spell paint without a little pain.
Posted by Zab on Friday, January 04, 2013