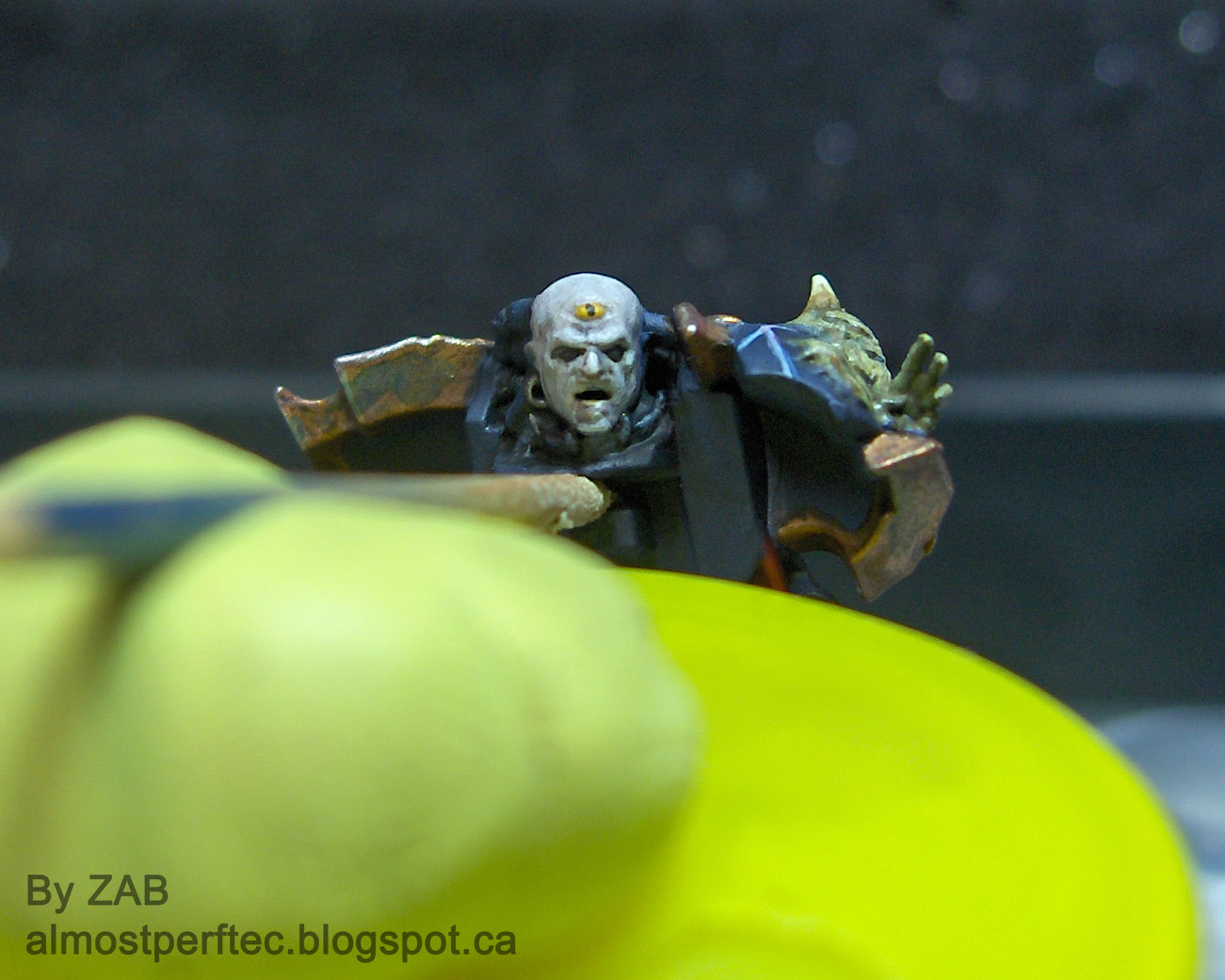 That is a terrifying visage.  You know what it means if you are seeing that? No, you aren't about to die. It means I'm almost done with the DV Chosen and Helbrute! Let's see what other terrifying things I've completed on them, shall we...


I finished up the lightening, which looks pretty striking, if I do say so. Lightening - striking, get it?  :P 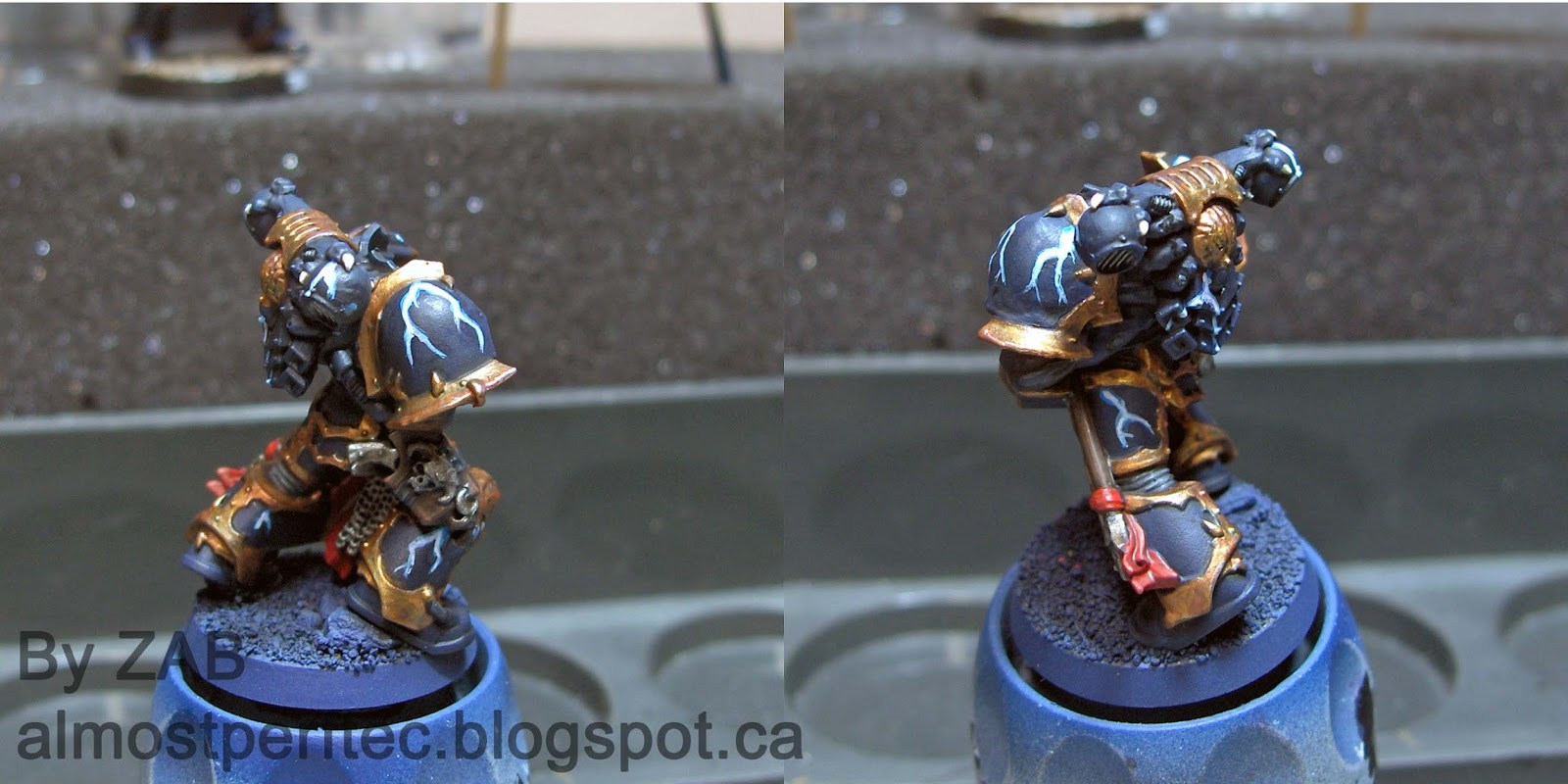 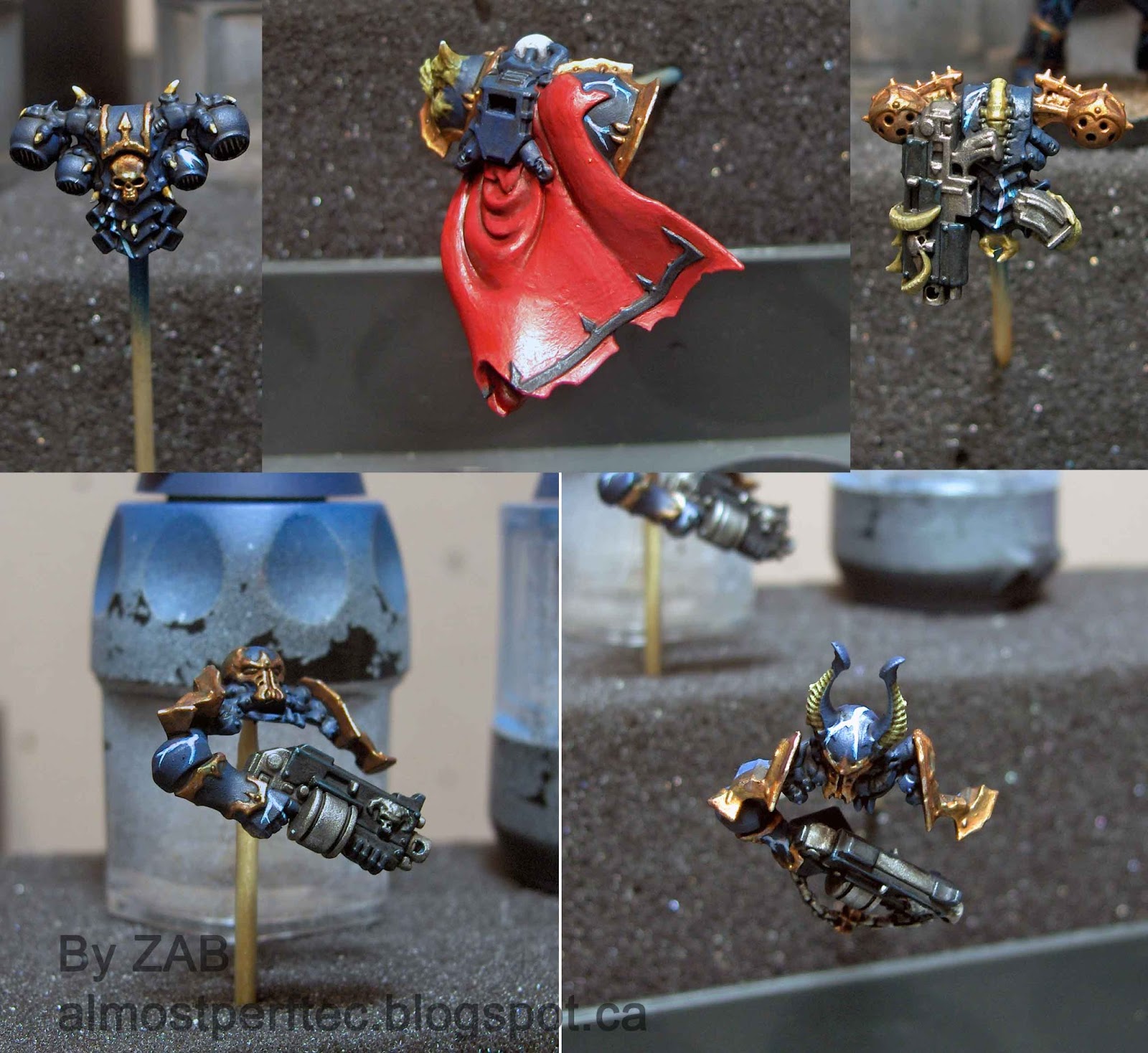 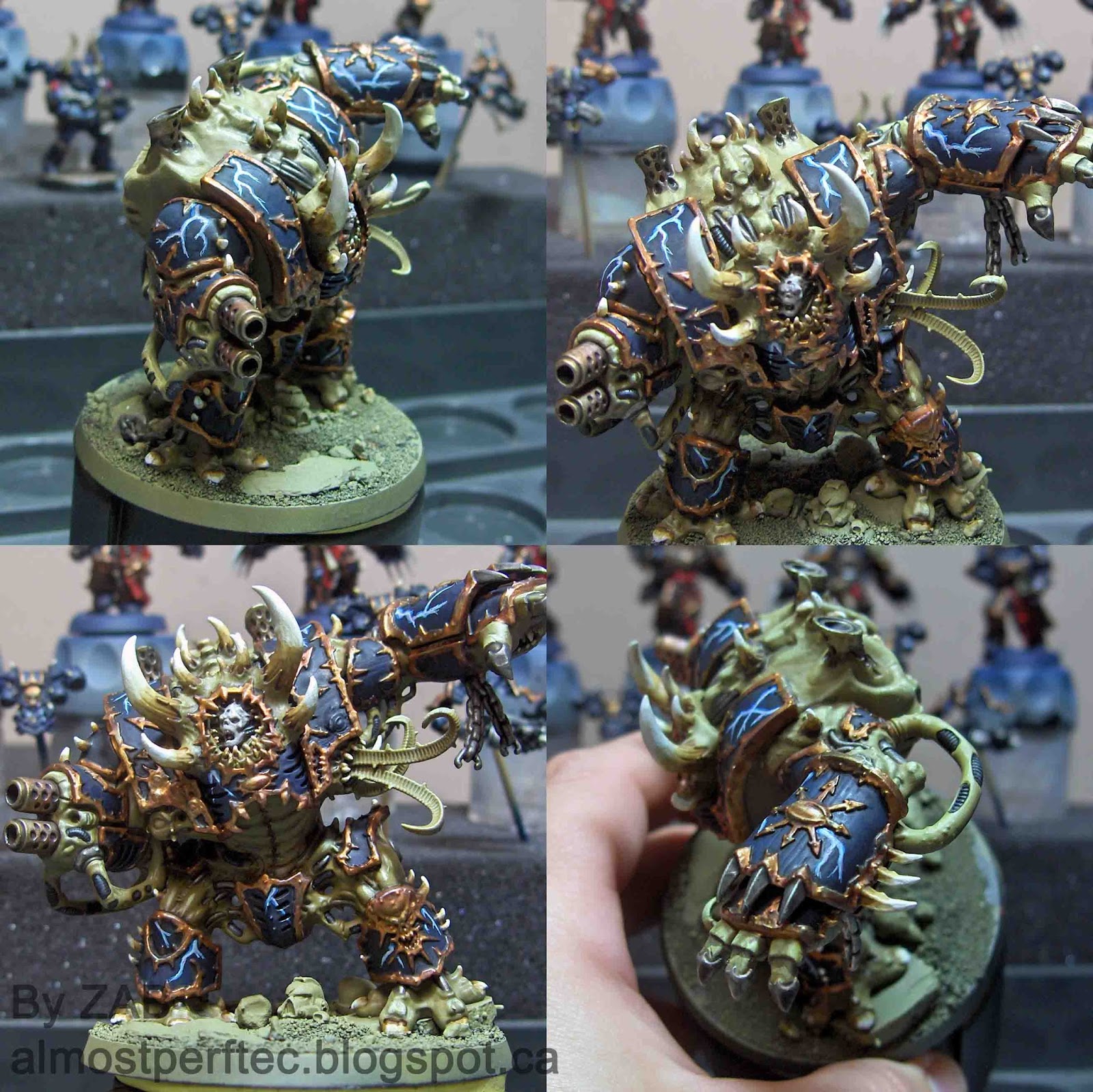 Next up was to finish the daemonic eyes all over these depraved denizens of the warp. 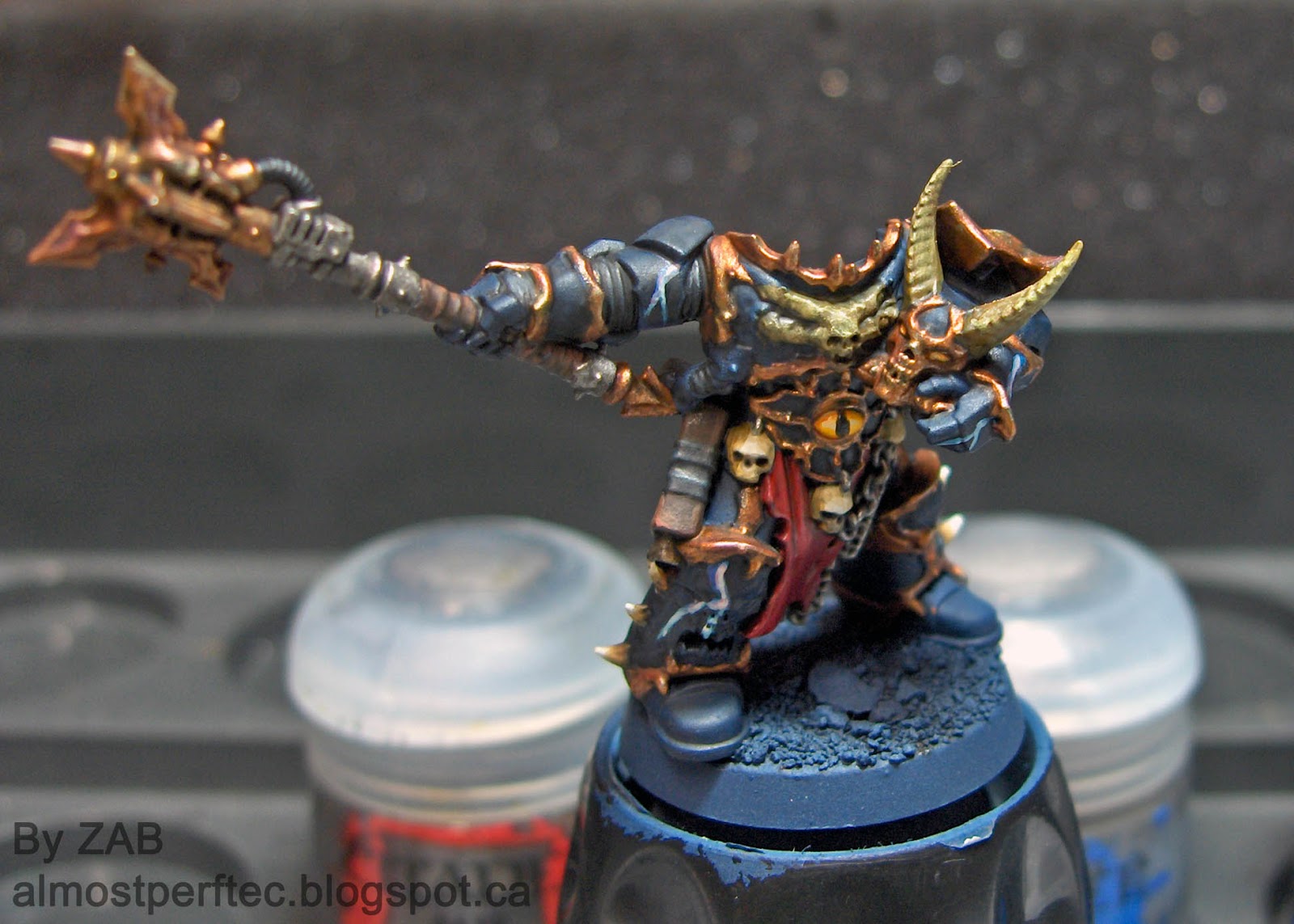 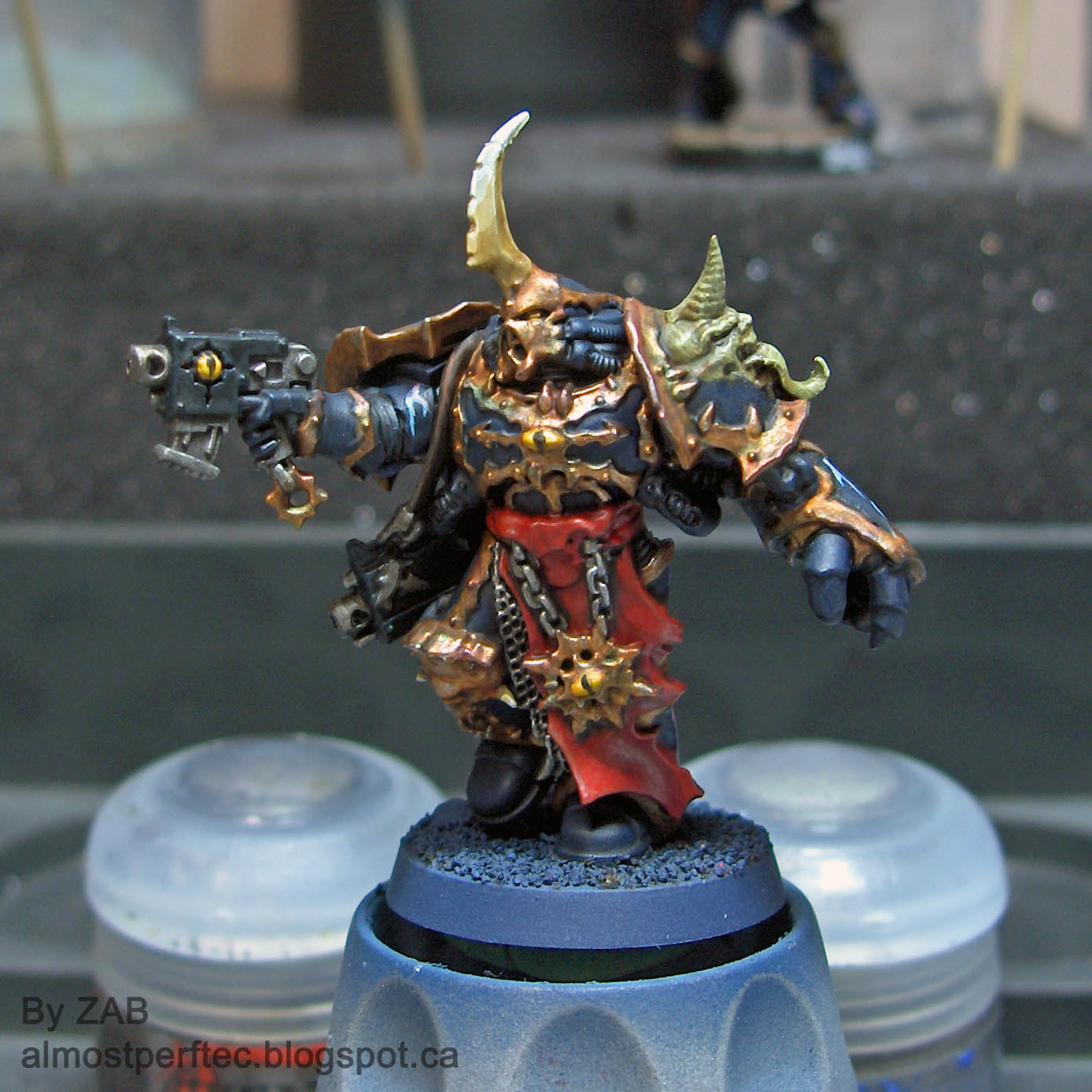 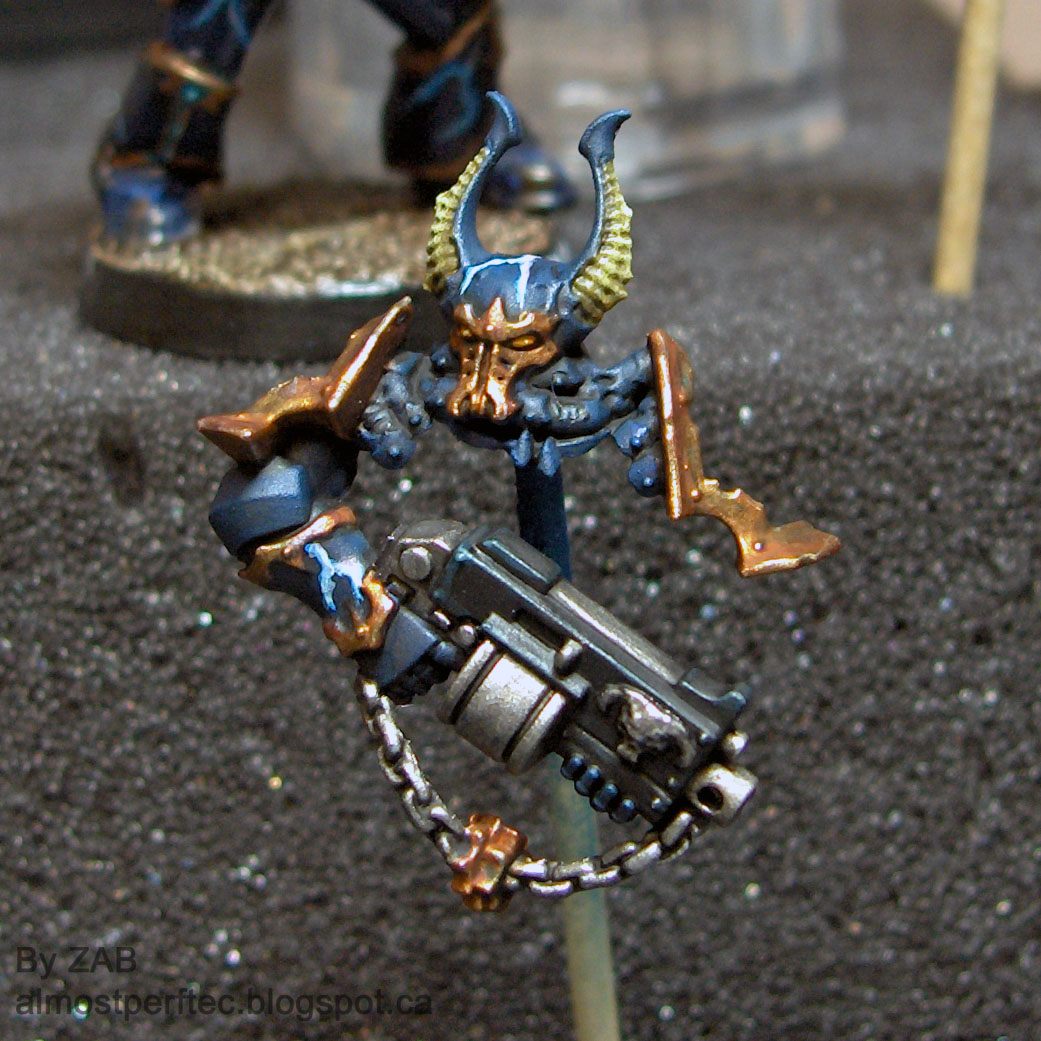 So, at this point they are almost ready to be assembled. Just a few final highlights and touch ups really XD

Of course there has been some progress on the sleeping chibi base. I finished the texture (mostly)! 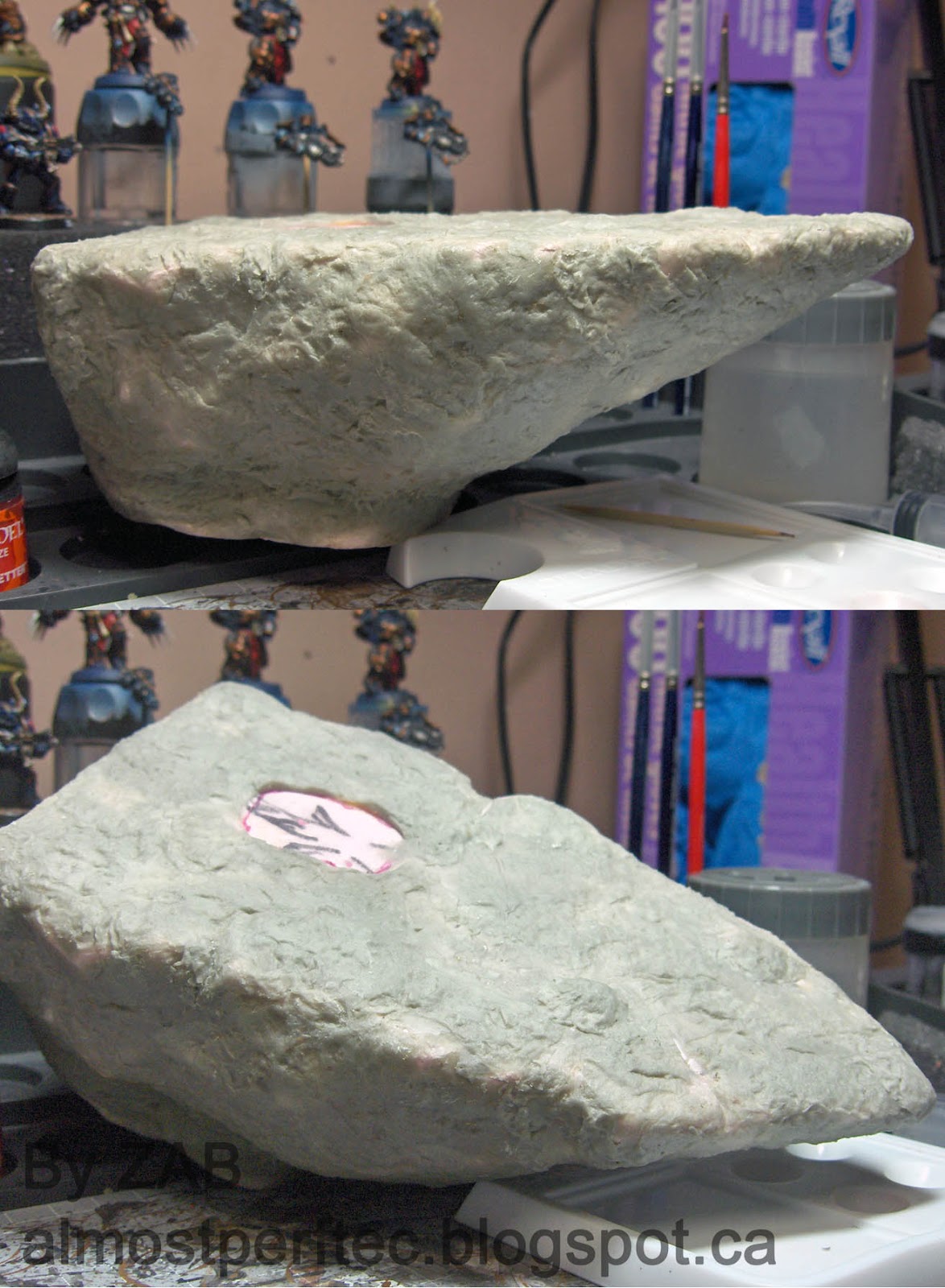 I left a socket for the base of the dragon to fit into. Now while that was drying and I had my Apoxie Sculpt out anyway I decided to try a test wave as I may have water crashing against the rocks, but I'll do a fire test too because that would be more in keeping with the scene from the movie. Here is the rough sculpt - took about 5 min:

Not great, but good enough for a test. Now let's add some paint - another 5 min: 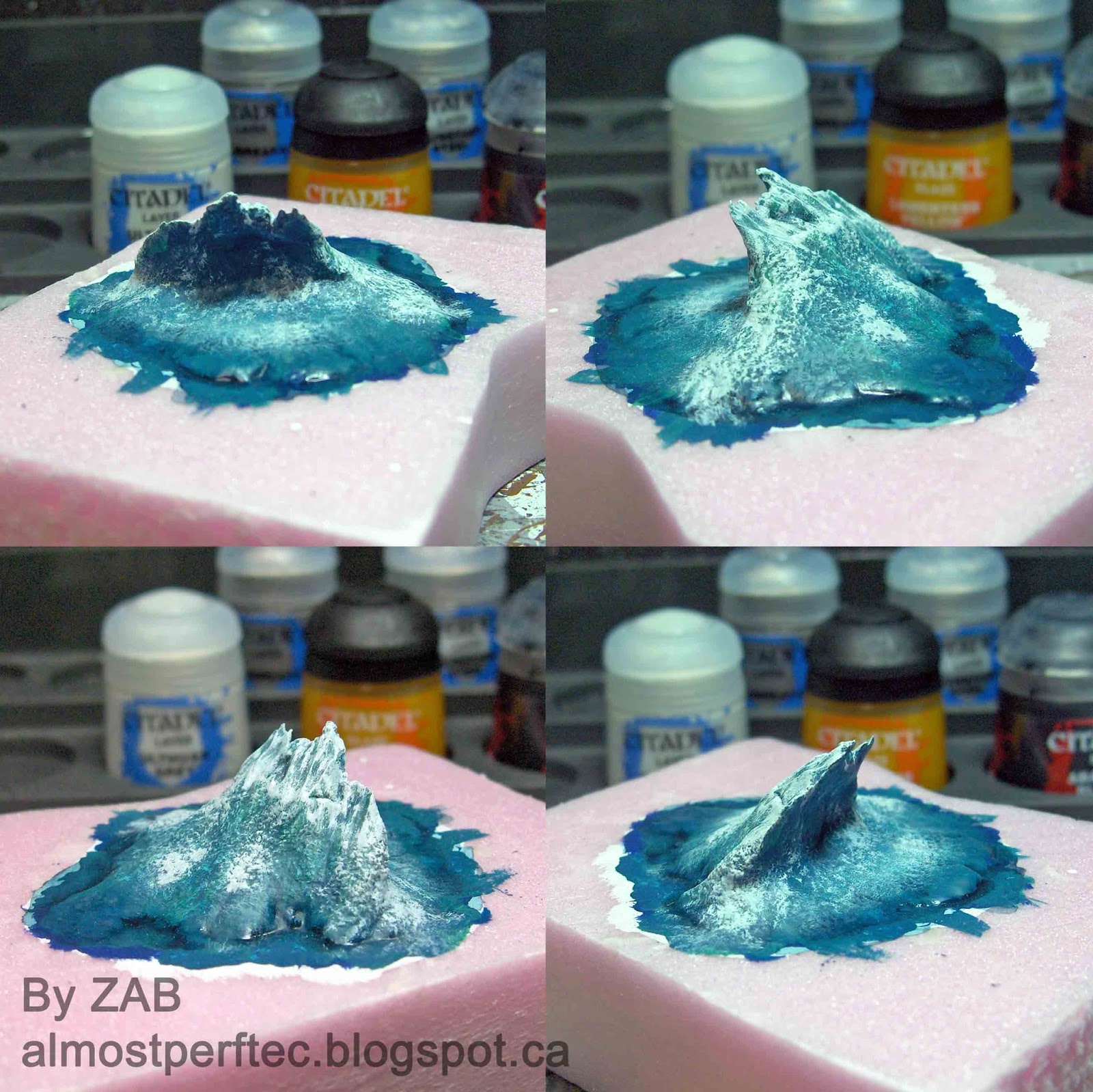 Getting there. Next up was to layer on some heavy gloss gel - 45 sec: 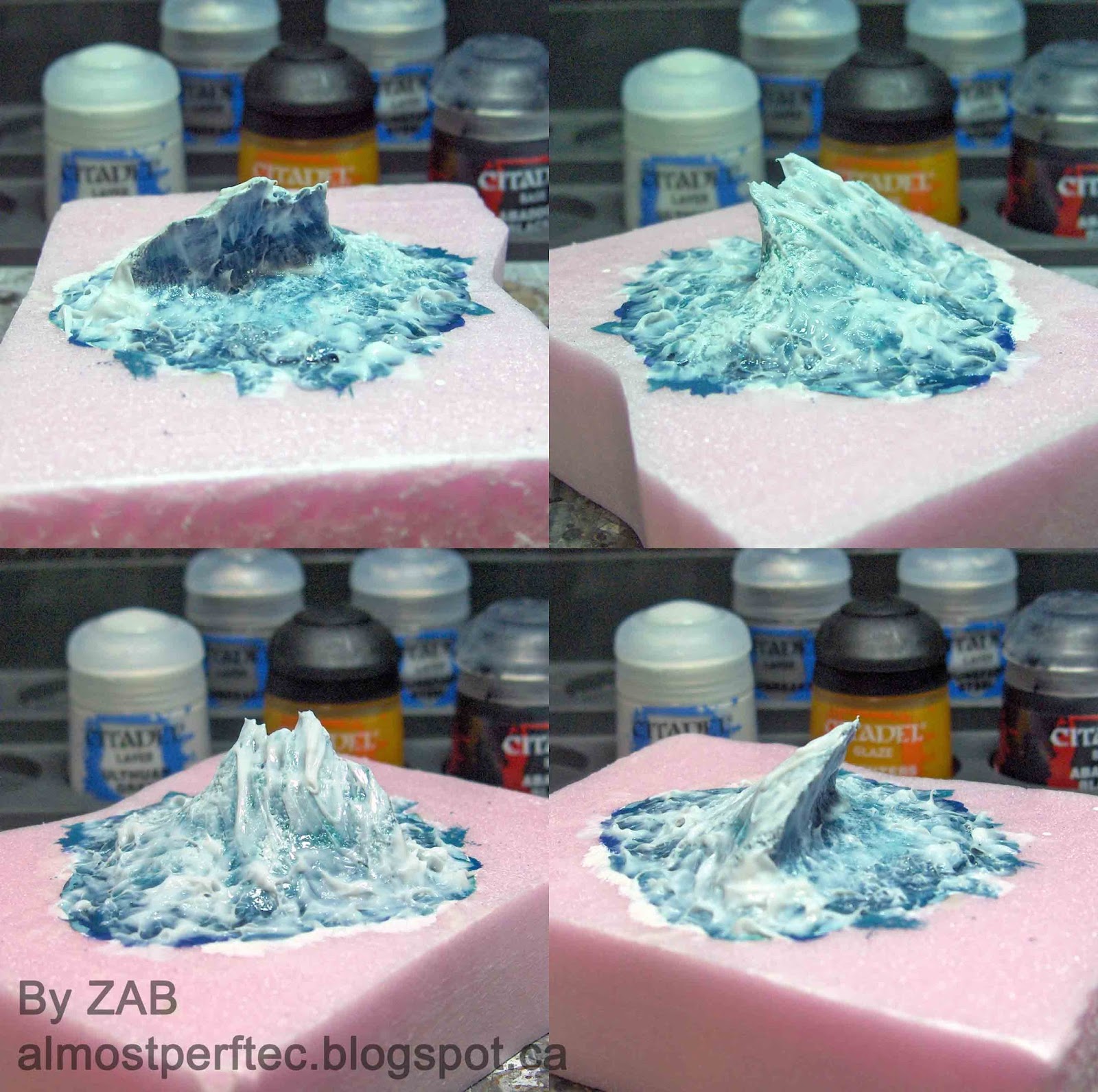 Okay, it's still wet there so I had to leave it overnight. It does dry clear though ;) Once it was dry I went in and dry brushed some white on the very tips and then stippled on a bit of white mixed with the heavy gloss gel to make it look foamy - about 5 min: 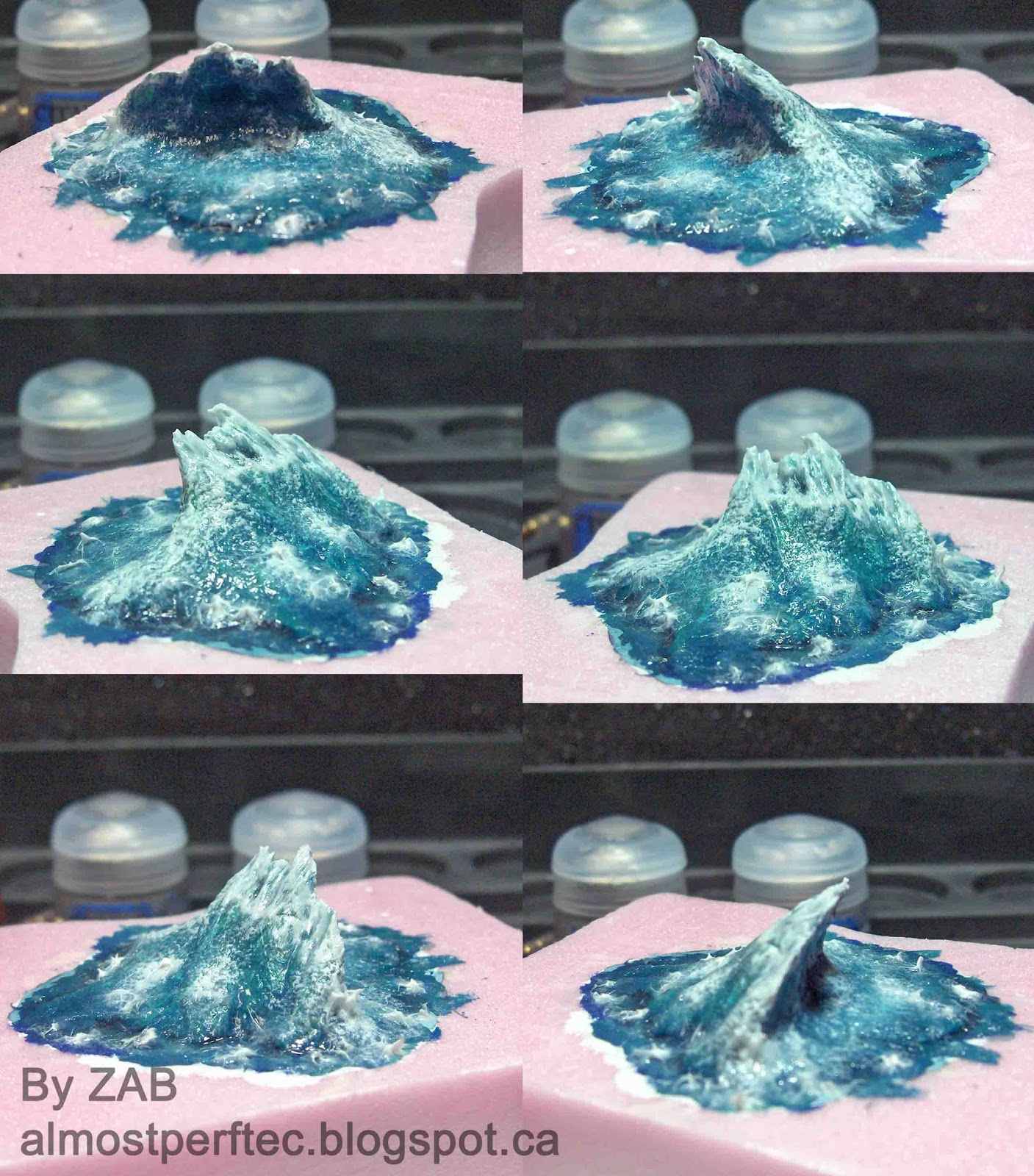 It's hard to get a really good pic because it's so glossy, but I really like it!  If you want to try this out Arbal over at Coloured Dust (he's in the blog roll) has all kinds of great tutorials on his site ;)

And finally, I saw this pretty lady for auction on eBay via C'MON by Darkstar, who is a really top notch painter! 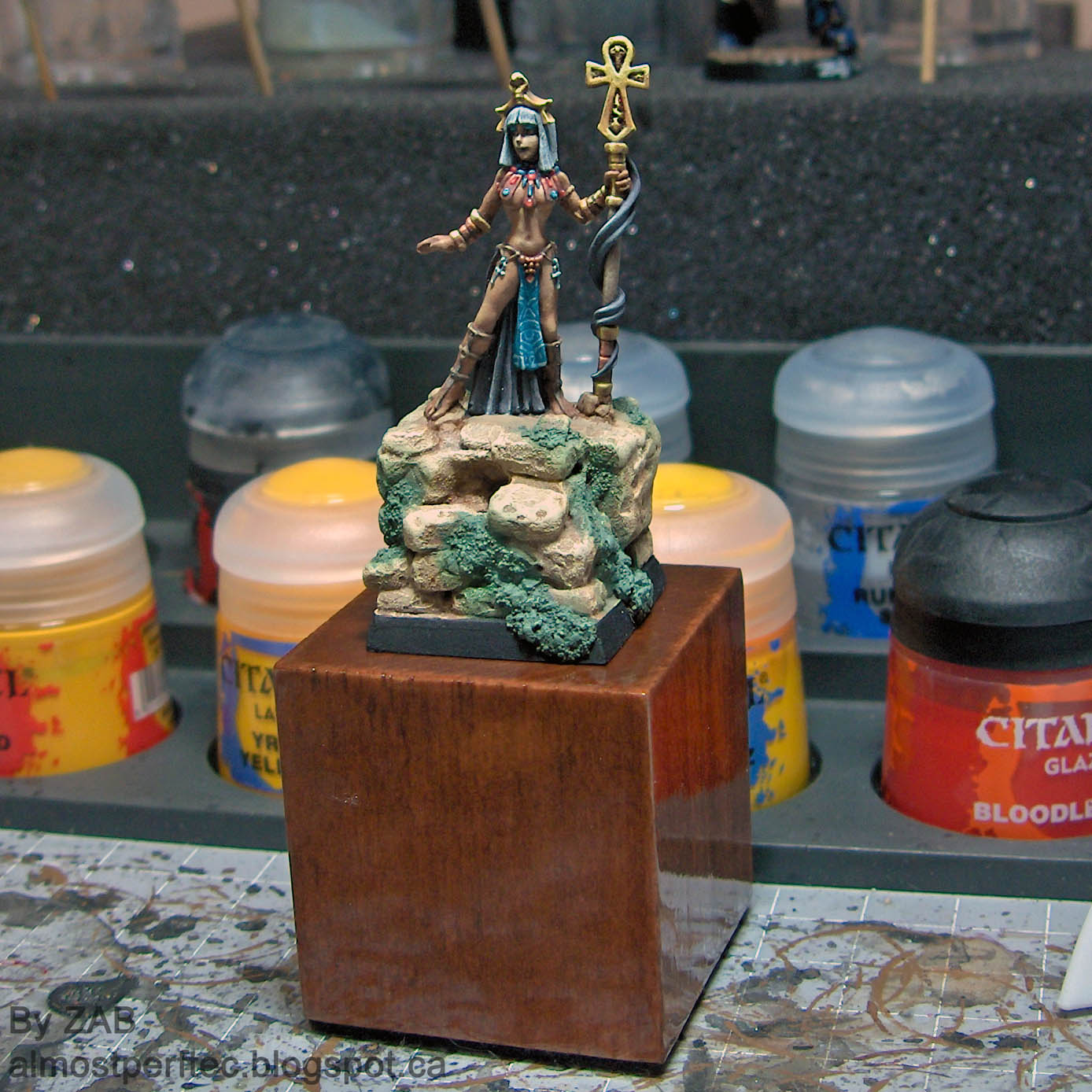 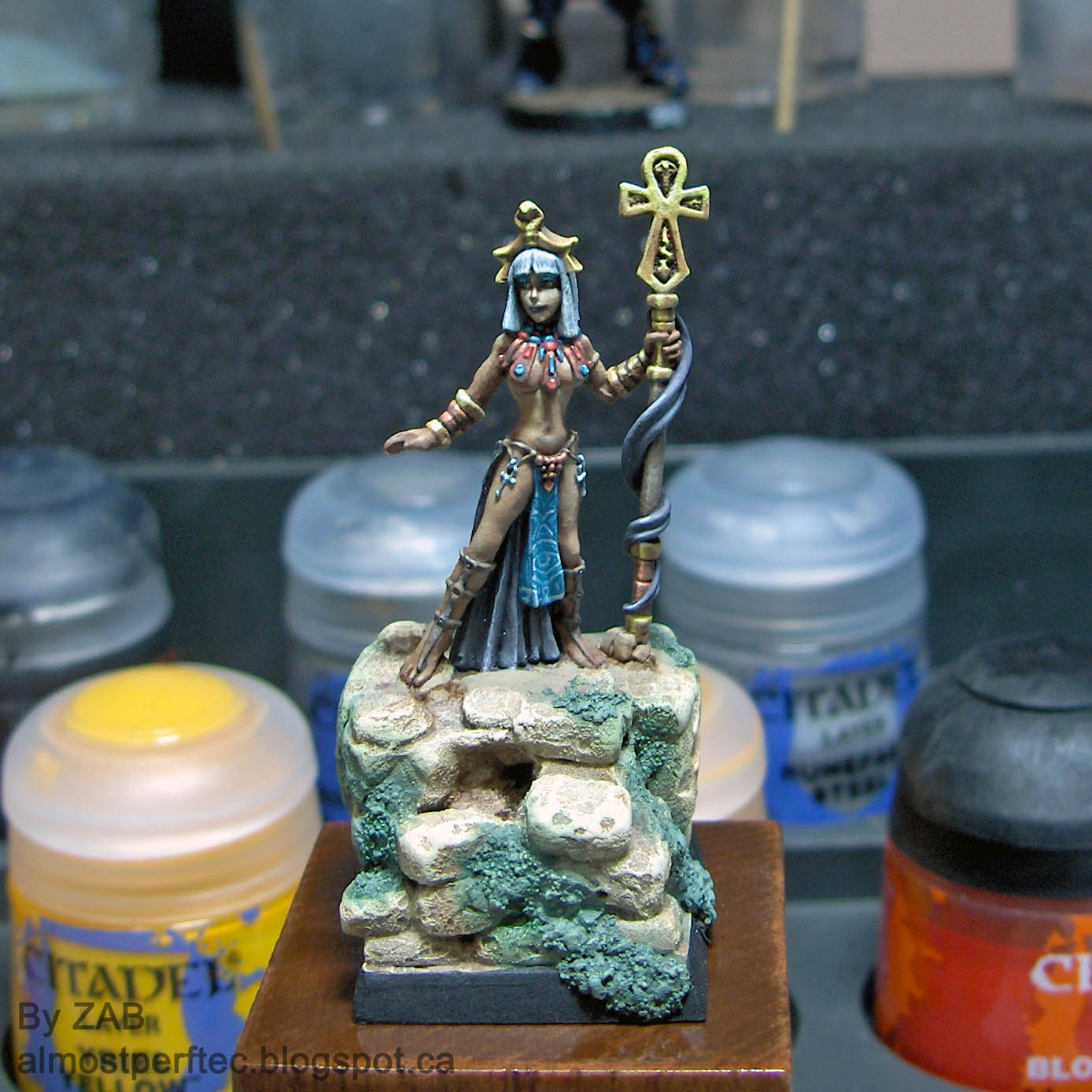 Stunning. My pics here don't do it justice so check out DarkStar's work over at C'MON for yourself (and snag something if you get the chance because they are even better in person). Plus, some of the proceeds went to help a blind cat rescue - though, I doubt those felines will see a cent of it o_O

Alright, that's enough bad puns for tonight. Next post: Finishing touches on the DV Chosen and some progress on the Sleeping Chibi minis. Don't forget to check the blog roll, feel free to leave me some questions, comments or just hurl invective and remember; you can't spell paint without a little pain!
Posted by Zab on Friday, August 16, 2013