WIP: Sleeping Chibi Knight and Goodies I Got

Where did I leave off? Oh yes, blinding rage over the Gold NMM. Well, as you can see from the picture above I was able to fix it up and barring a few more tweaks I am now happy with it. Let's take a look at what else I did with the knight...

First up, I roughed in the NMM colors on his sword. This would let me blend the colors later and tell me where to put my transitions. It would also hep me remember what colors I used and would have to mix for said transitions. 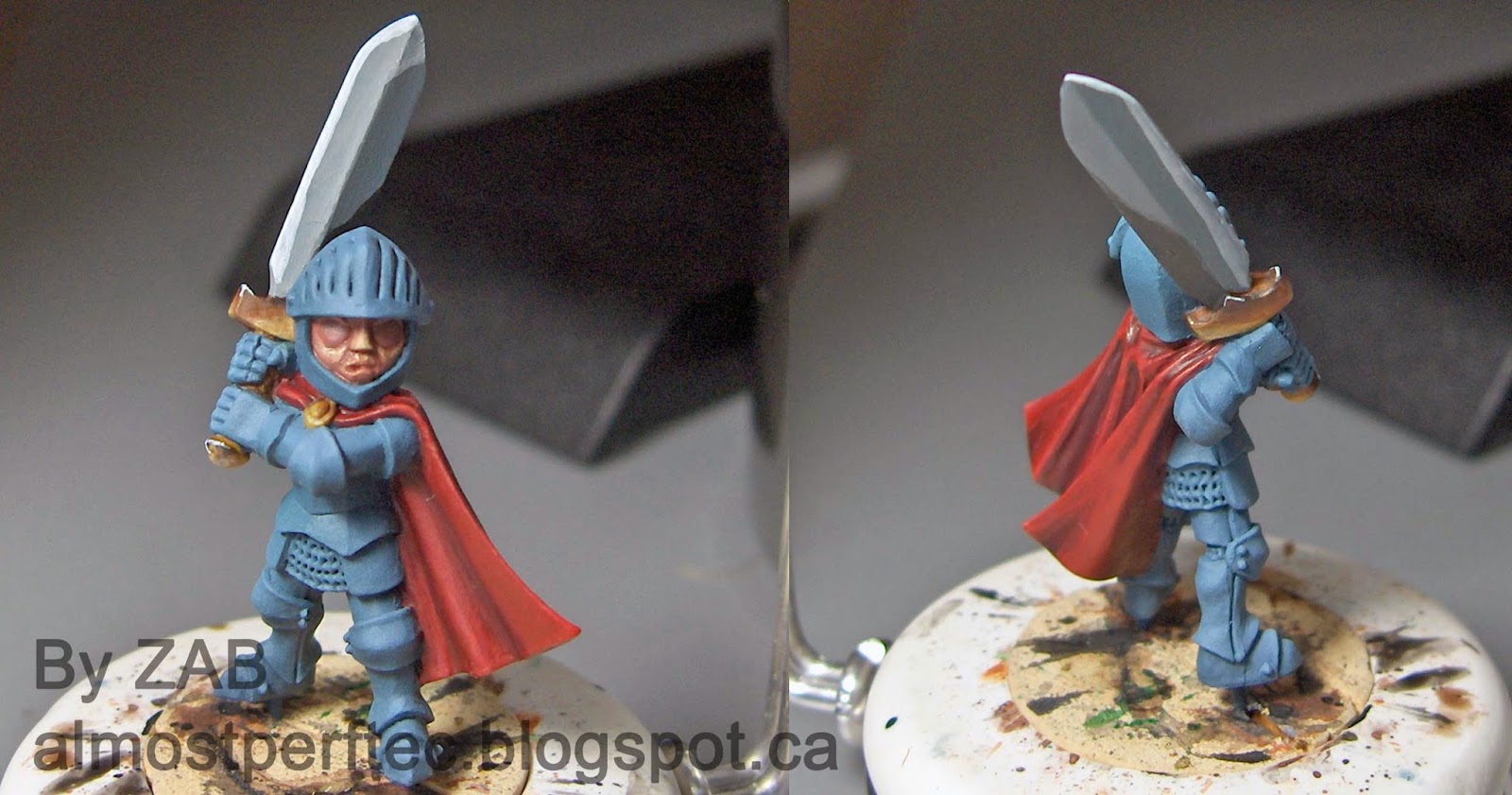 Below is the final product. It needs more contrast, but that will happen as a final step since I may add a reflection of the flames or dragon later. I left the NMM fairly light on the front of the blade for now. The Chainmail looks spot on (it may also get some glazes later).

Since the armour was going to be similar to NMM, but not identical I decided to tackle that next. 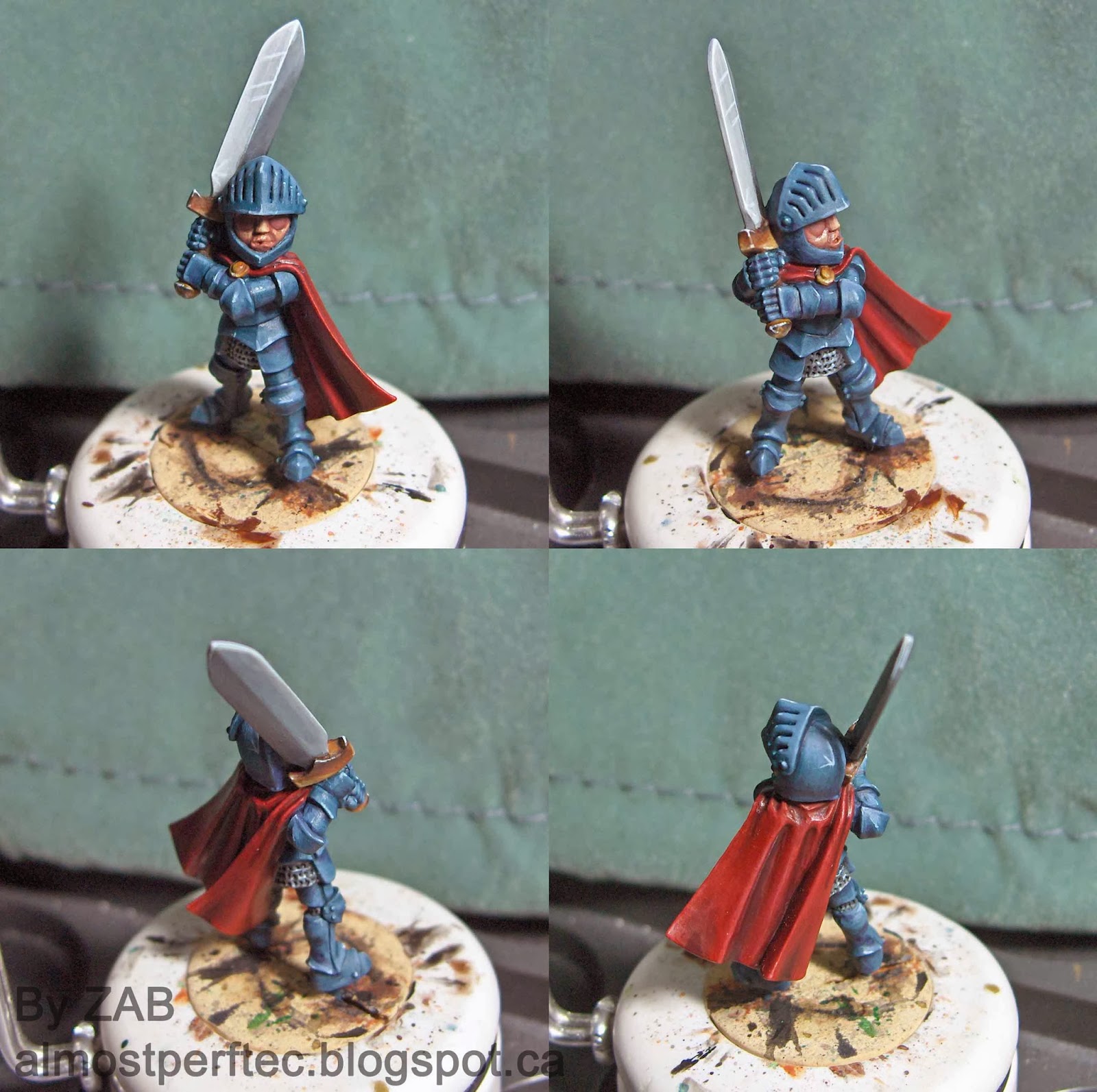 That also made the reds in the cape pop more which is a nice benefit. I decided to do the gem on his chest next since I was in the mood to paint reflective surfaces. I chose purple to help tie him in with the dragon a little. 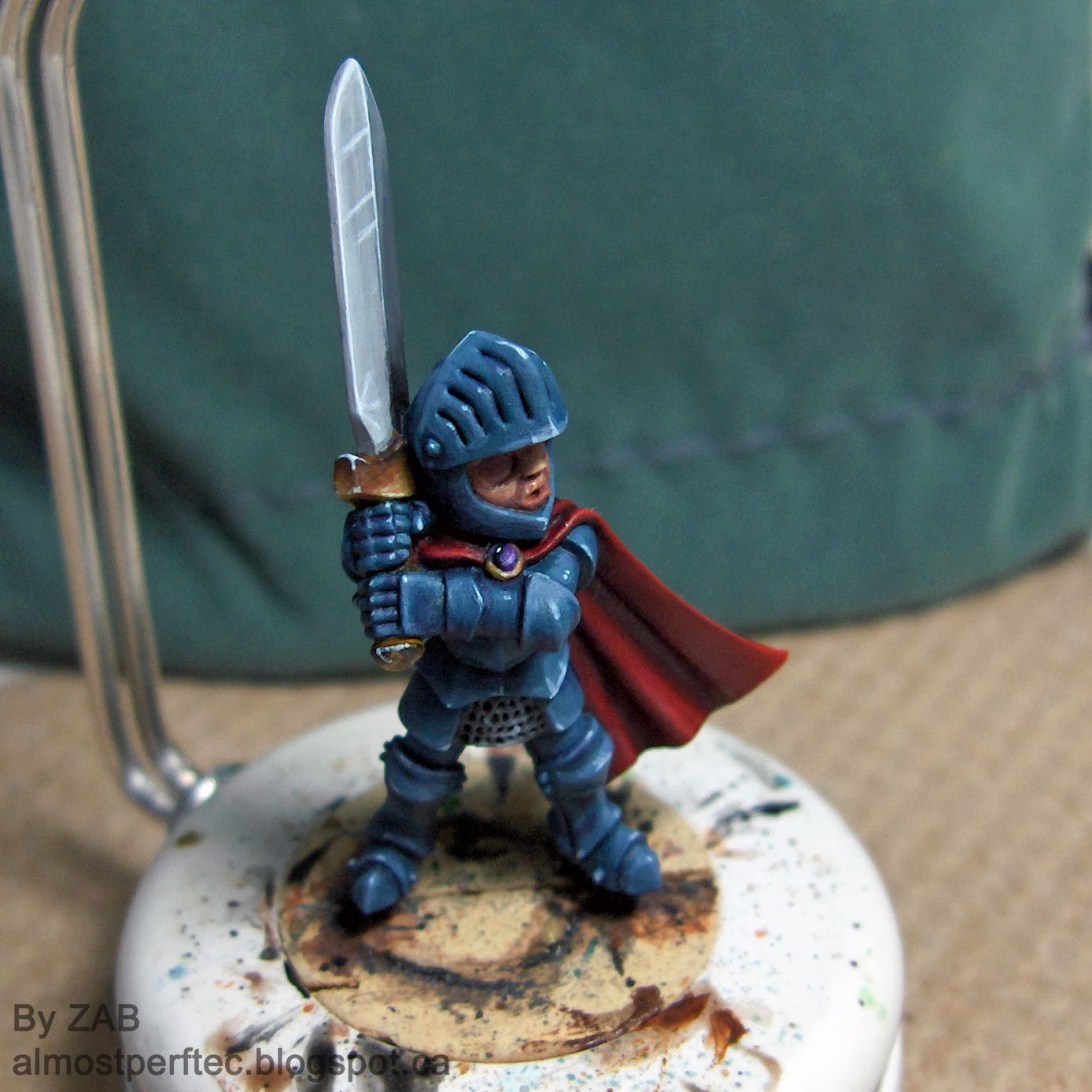 Just the eyes were left at this point and I went back tot he internet to find a good angry My Little Pony for reference on the anime look. 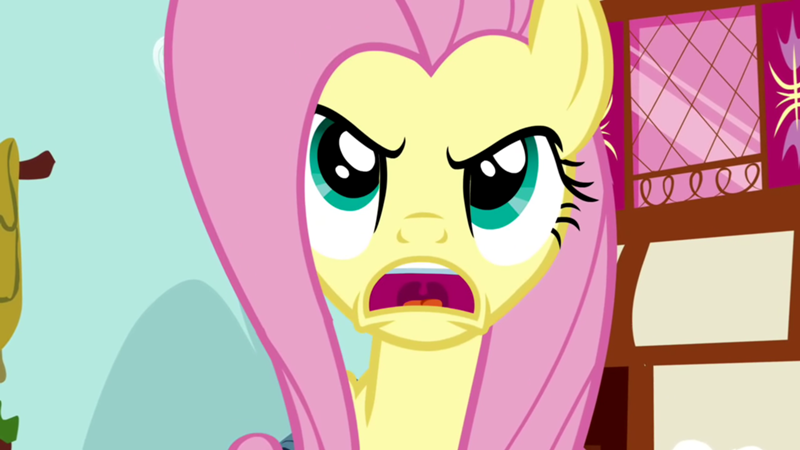 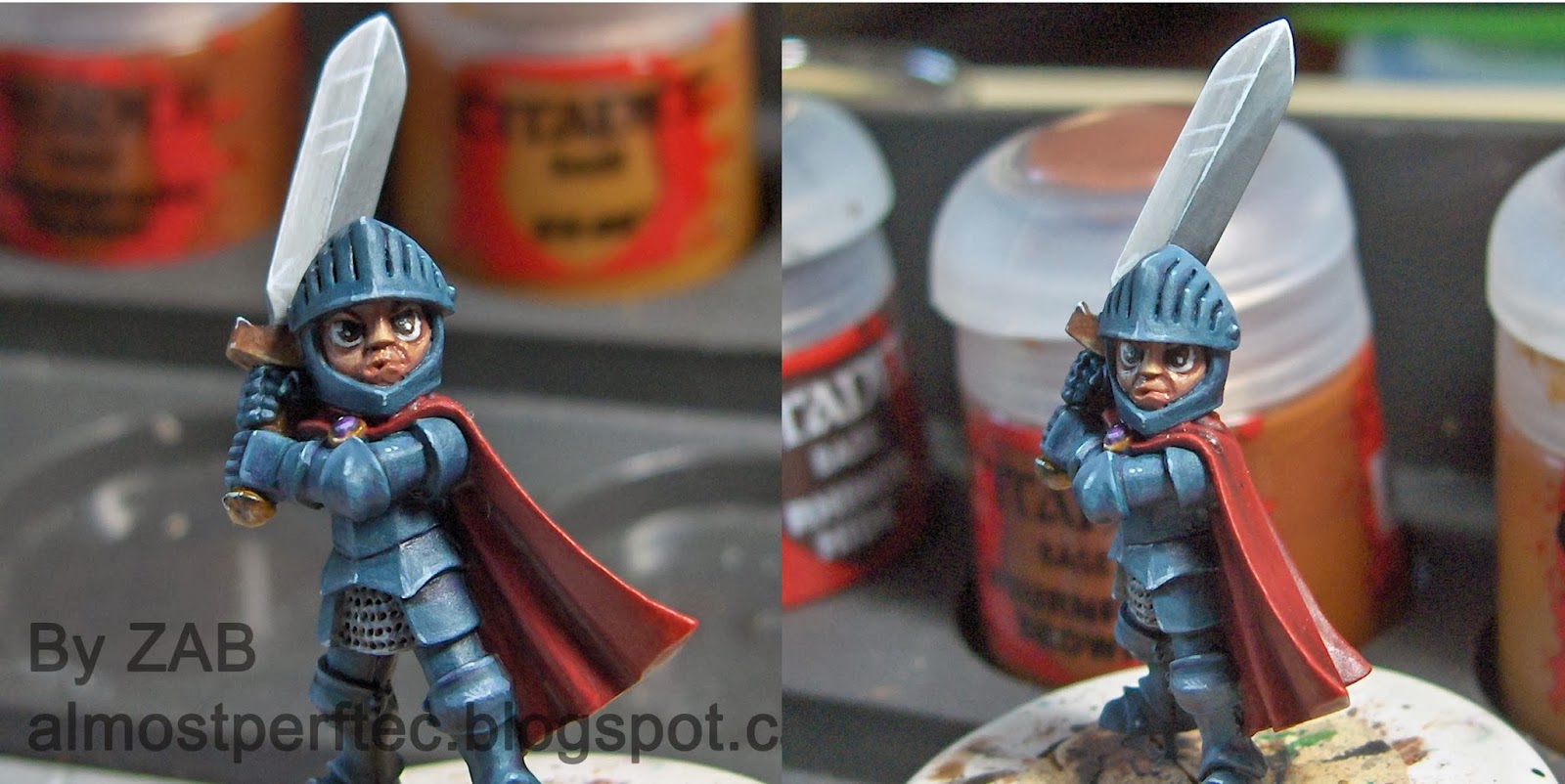 Done! Kinda. There are a ton of things to tweak once he's on the base, but for now I'm happy enough to put him aside and start on the dragon.
Now, onto the goodies!!!!
These come from a fantastic company called Model Design Construction.
And, yes I've added them to my recommended retailers at the bottom of the page. AND YES, I will be buying more awesome things from them in the future.

Next Post: Work on the dragon begins. Thanks for dropping by! As always I encourage you to leave me any questions, comments or critiques below and remember; you can't spell paint without a little pain ;)
Posted by Zab on Friday, October 11, 2013