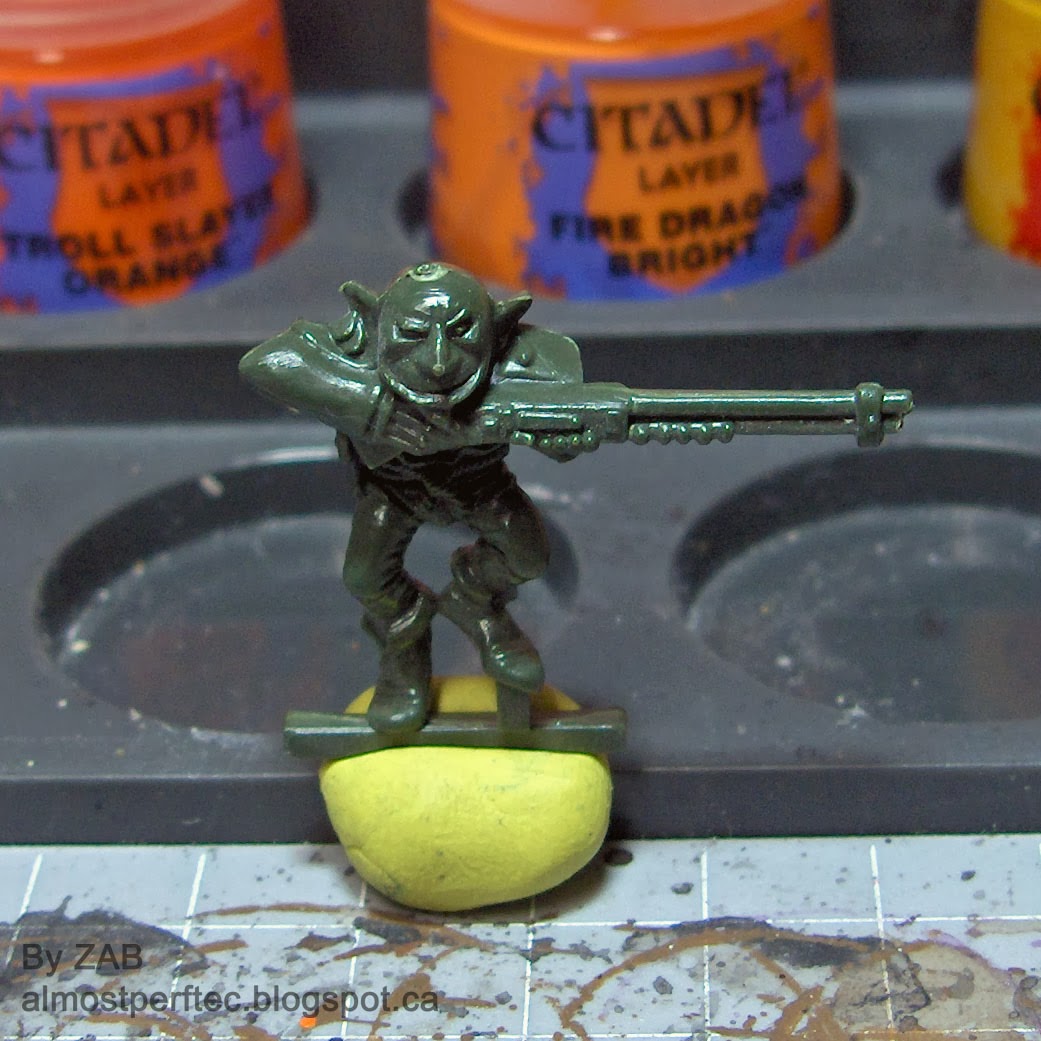 Back to 40K for this post! Well, retro 40K really.  As I mentioned, while I worked on the Fianna I needed a fun project to keep me painting but take some of the stress away from the home stretch. You know that point where the project is almost done and you just want to finish it, but you kind of start to rush and risk screwing the whole thing up? Yeah, we've all been there. So to distract me a bit I decided to paint up the mini above which I got in ME 32 over at C'MON...


At the time - and it is probably still under way - 5th Dimension was asking people to paint up goblins for their global goblin army. Goblins from around the world. Mine was going to be distinctly Canadian! It also gave me an idea and an excuse to try out something I had been afraid to attempt on other projects.

First and foremost I wanted to try highlighting a mini all the way up to white (Ivory) and all the way down to black, like I have seen many champion painters do.  I have always been afraid to try something that high contrast, but this guy was just so cartoony looking I figured if I messed it up I could call it a stylistic choice and it was just for fun anyway.

I did up a rugged looking cube and started to block in the colors on the base.  I added some felt to the bottom too... 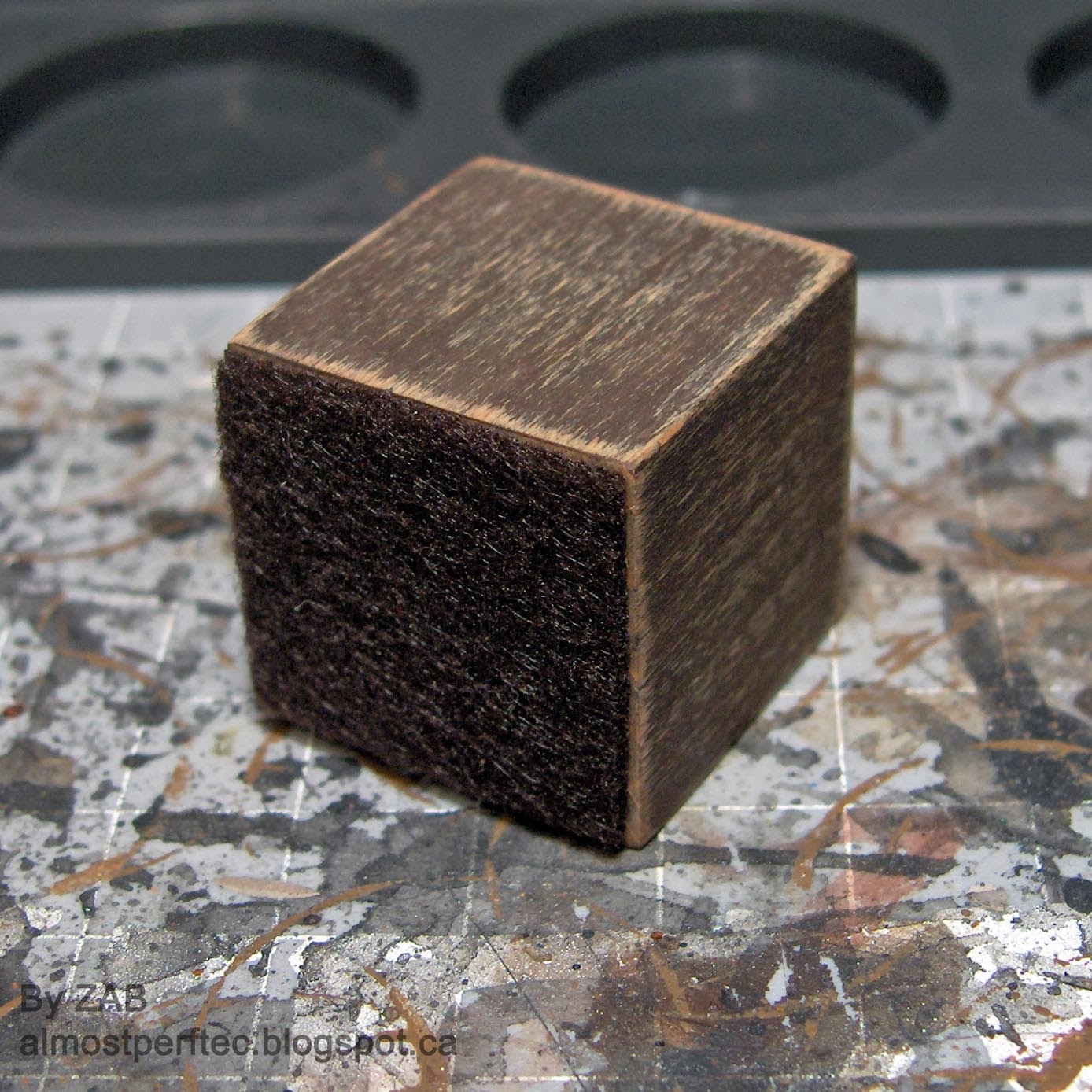 Next I began to shade the base. 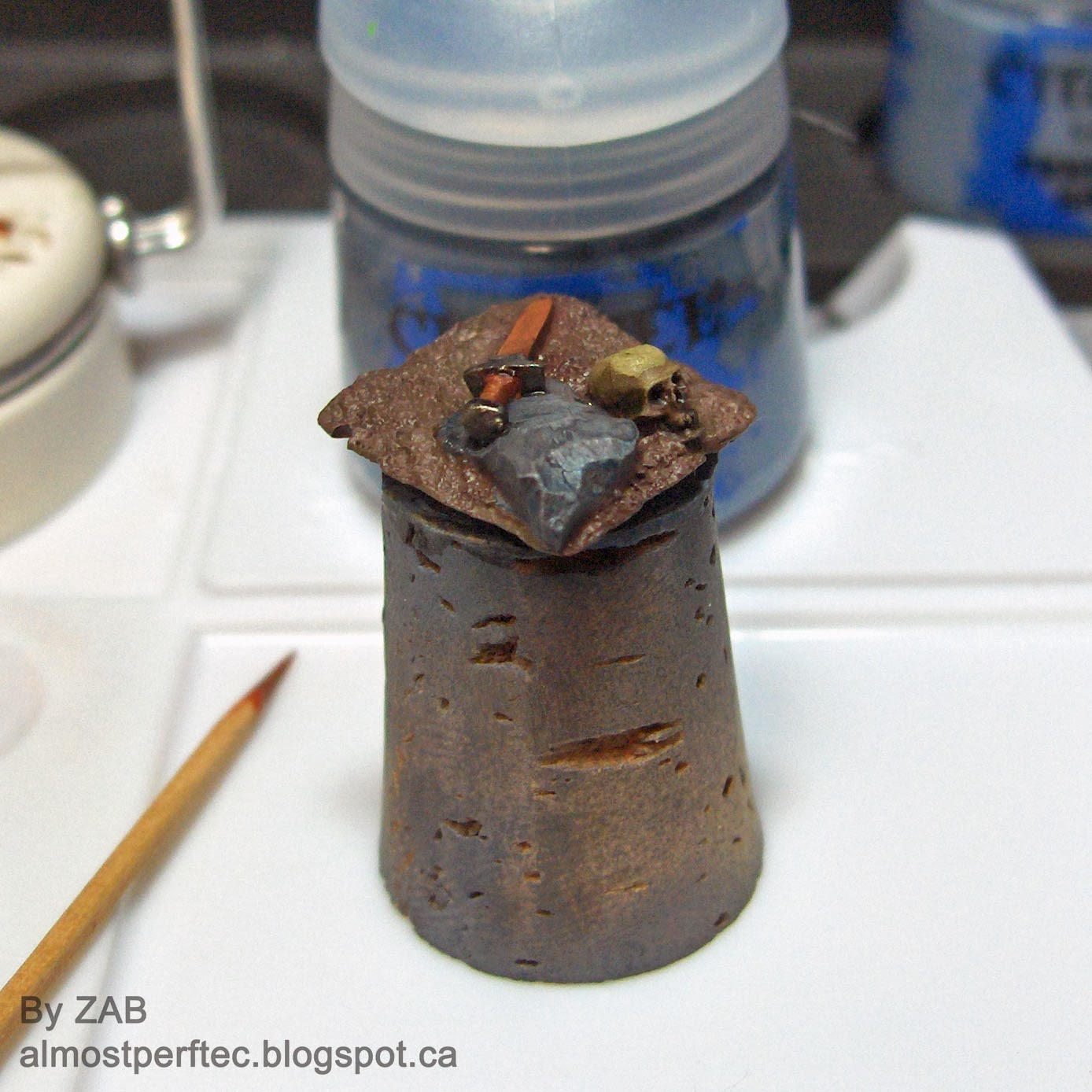 After final highlights I decided to play with more powders because they look so nice. 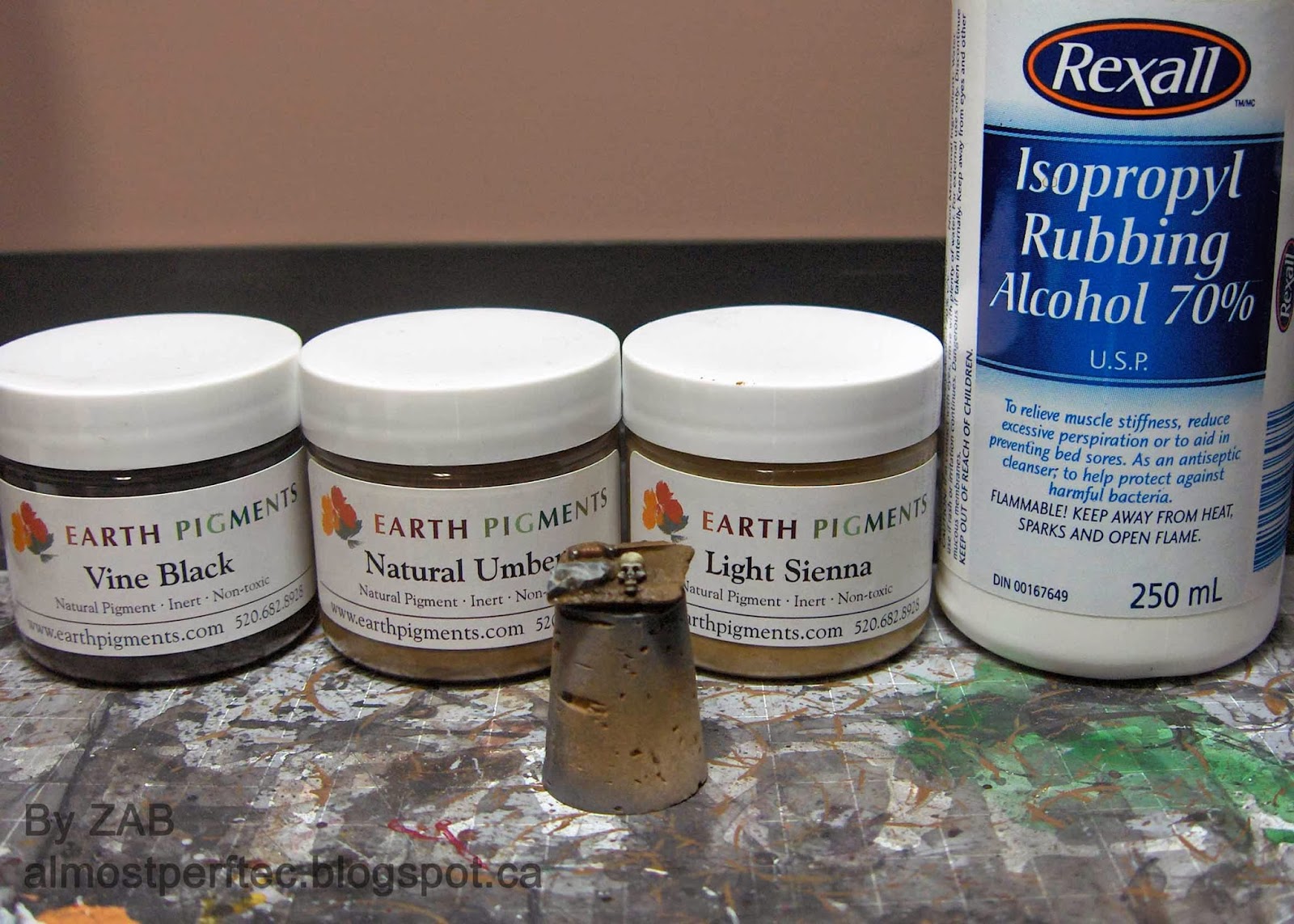 Then I mounted it on the cube to await my Canadian Gobo. 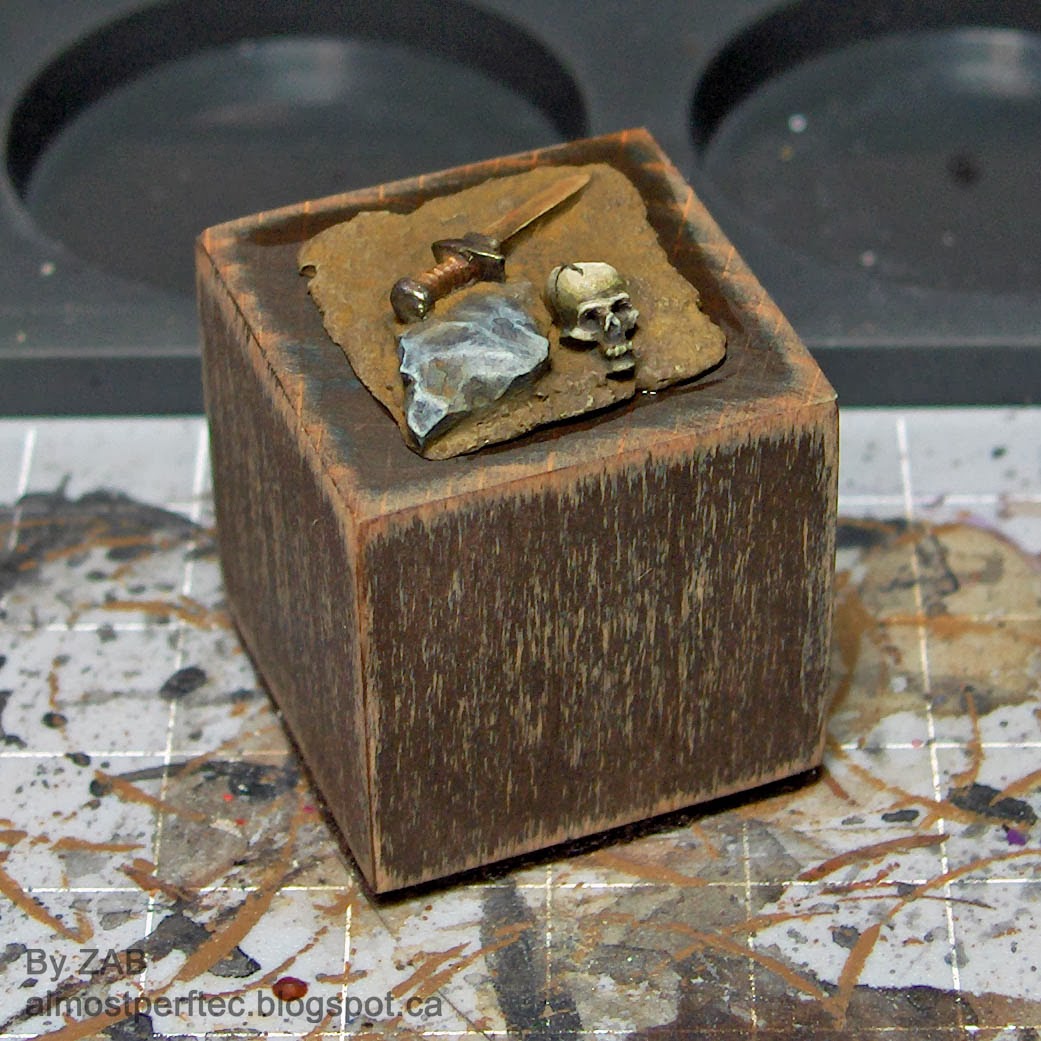 I think the high contrast turned out great! I was certainly getting over my fear of it anyway. I moved onto the Gobo next with the skin and jeans base coat and pre-shades. No pre-made inks or washes on this, only paints thinned with water. 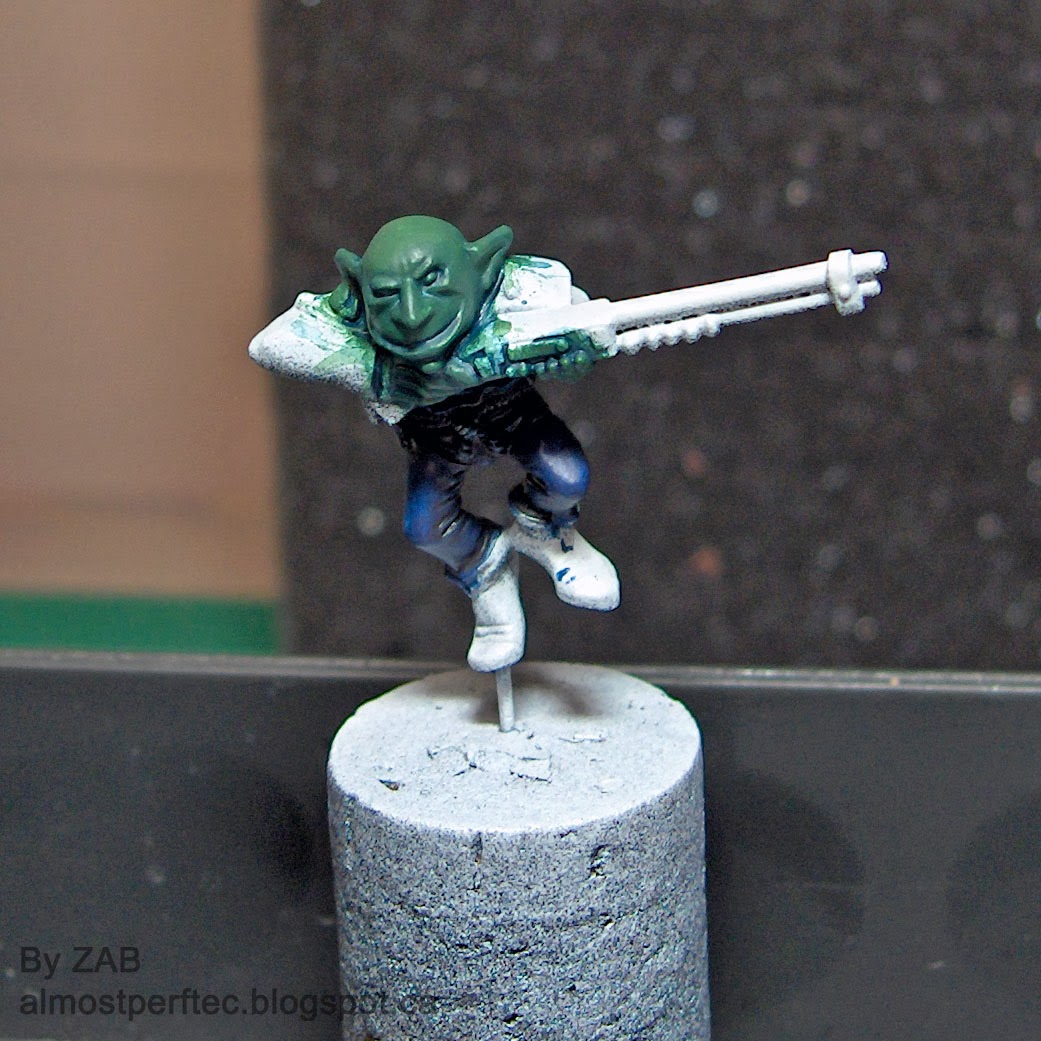 Next up was the always difficult to work with red. Yeah, you know where I'm heading with this already don't you?

The details like rope belt, leather, metals, etc were next.

Now it was time to start to highlight up and add details. I started with the red plaid shirt that every Canadian Lumberjack wears ;)

Knocked out some more details like jeans, leather and whatnot... 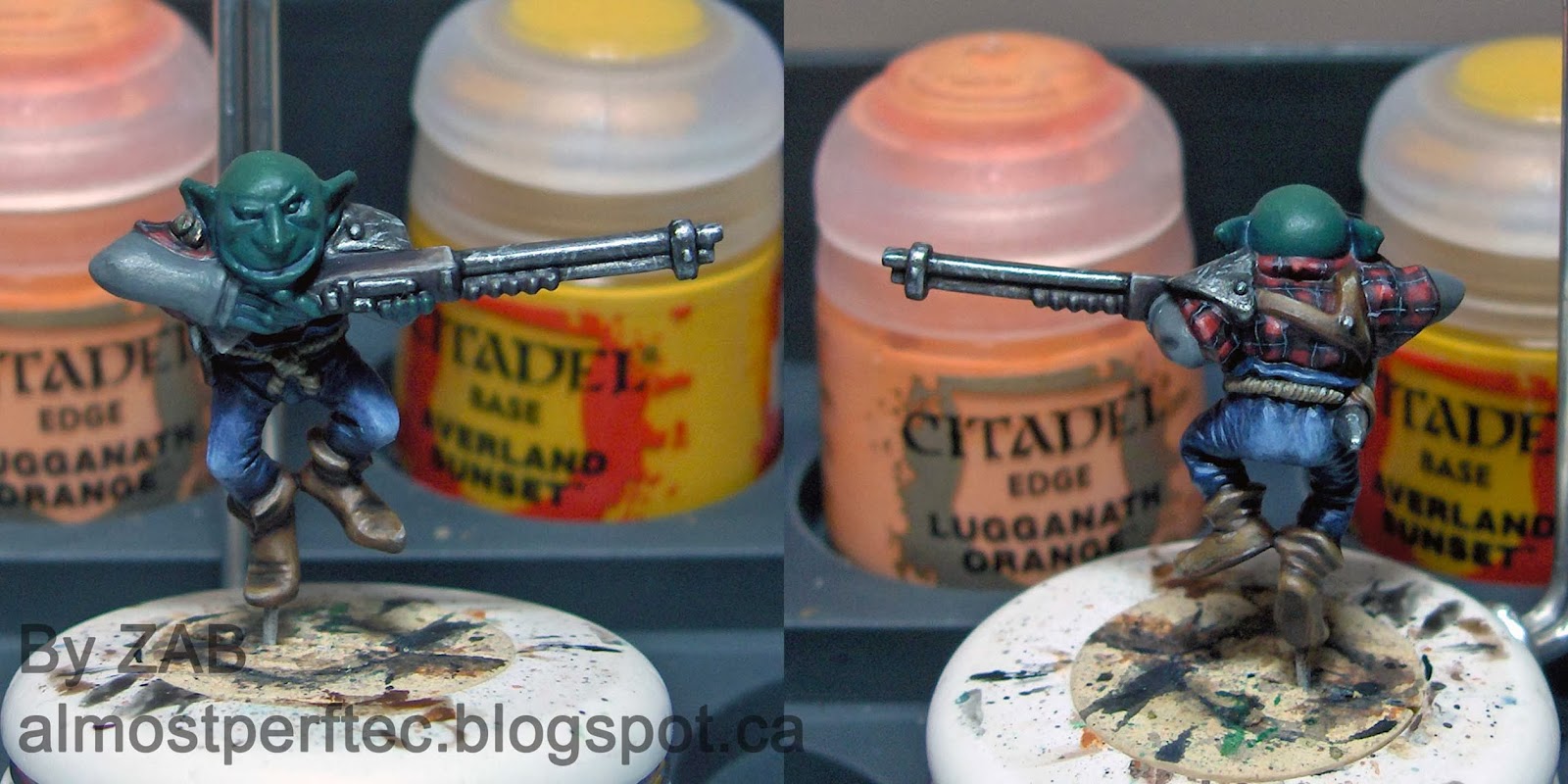 And of course then it was just a hop, skip and a jump to being finished!

Next I mounted him to his base and proceeded to added some powders to his shoes, jeans and shirt to give him just a hint of grime. I also used a wood burning kit to add a very Canadian expression to his cube! 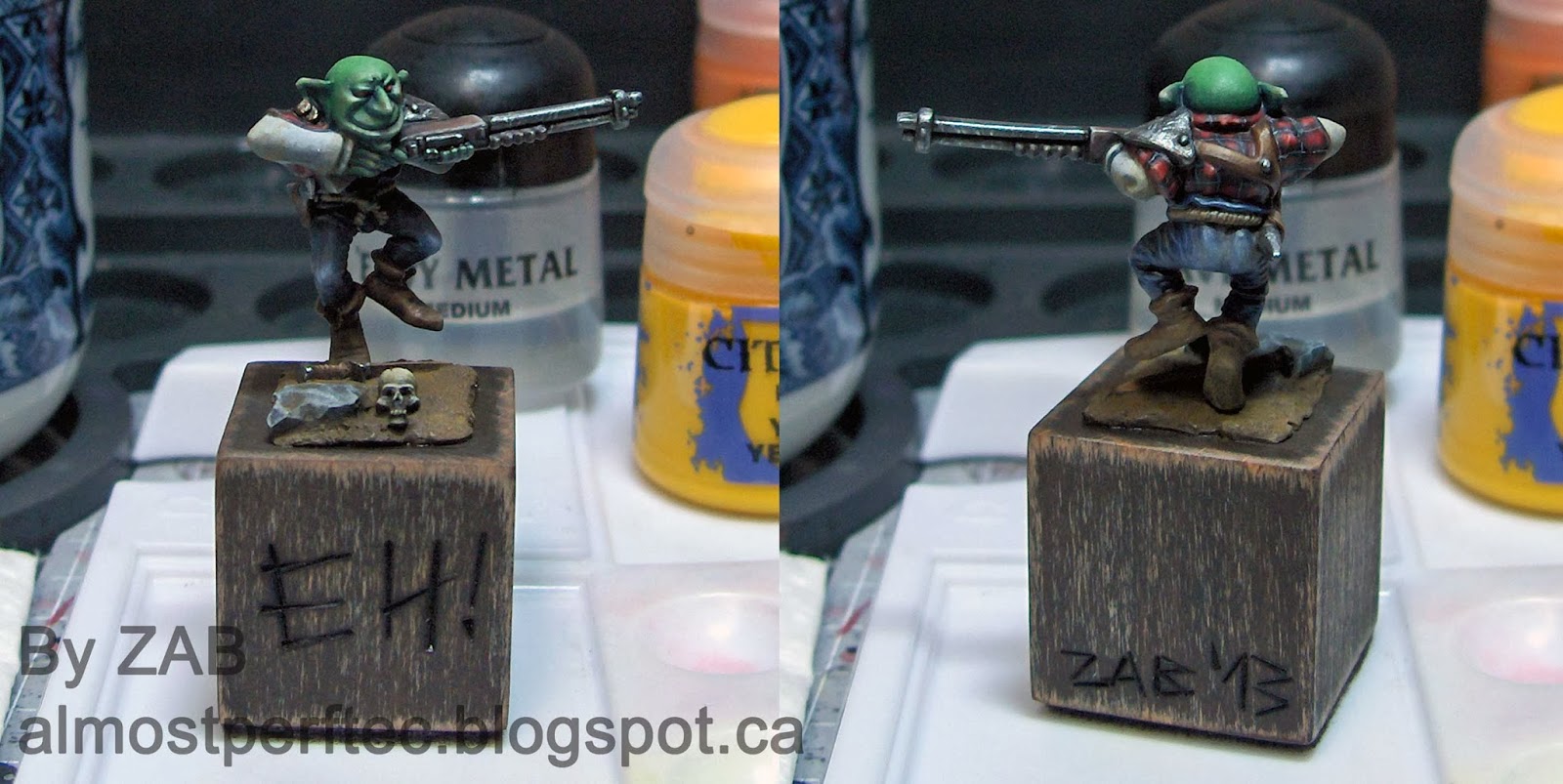 I know goblins say "Oi!", but he's Canadian so ya know... Now for the real shocker: This whole mini took me about 2.5 to 3 hours total work. Mostly over my lunch breaks in manageable little chunks! Here is the C'MON link: http://www.coolminiornot.com/345866 in case you want to throw a few votes my way ;)

And here are the display photos not in montage format in case you prefer scrolling to clicking... 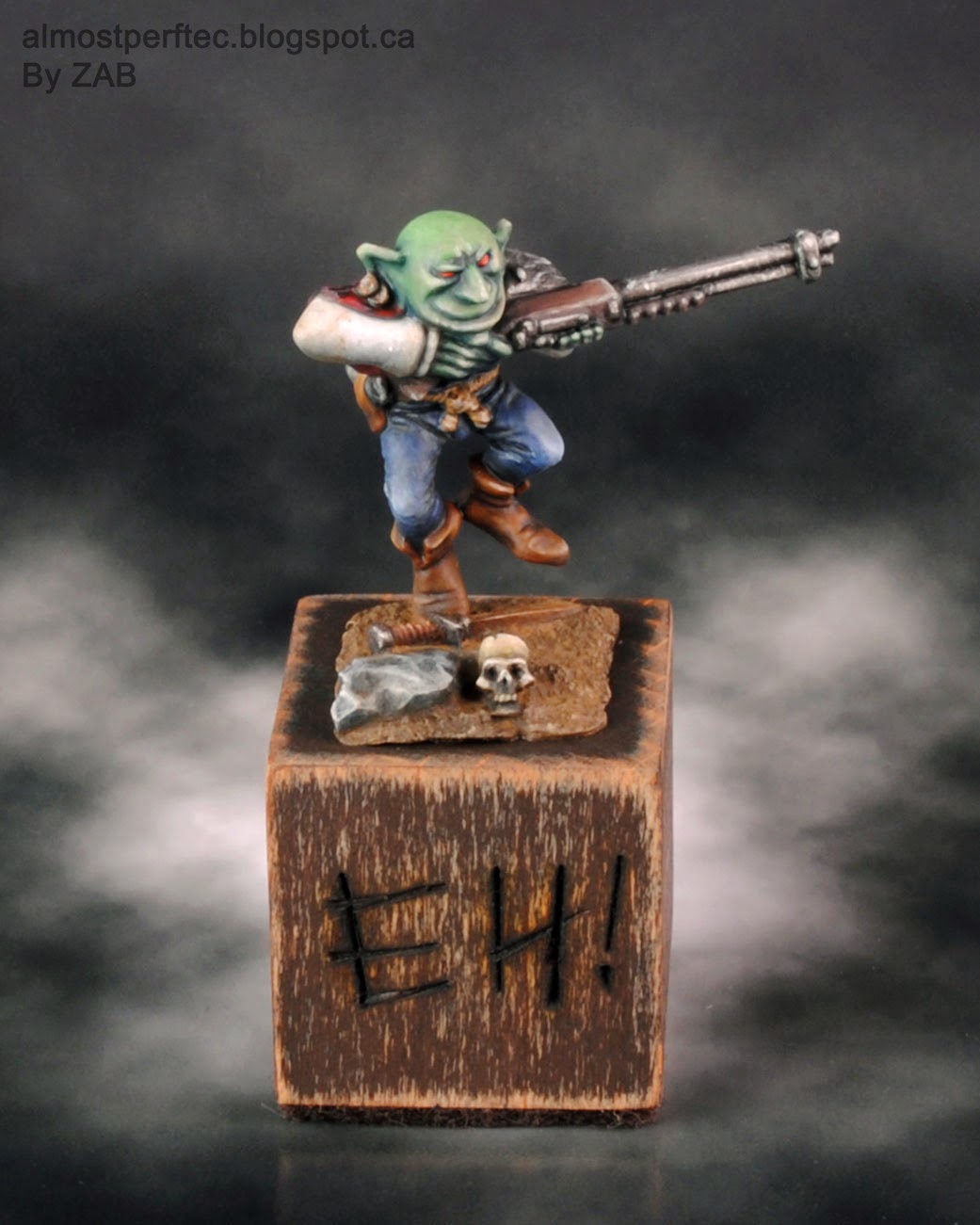 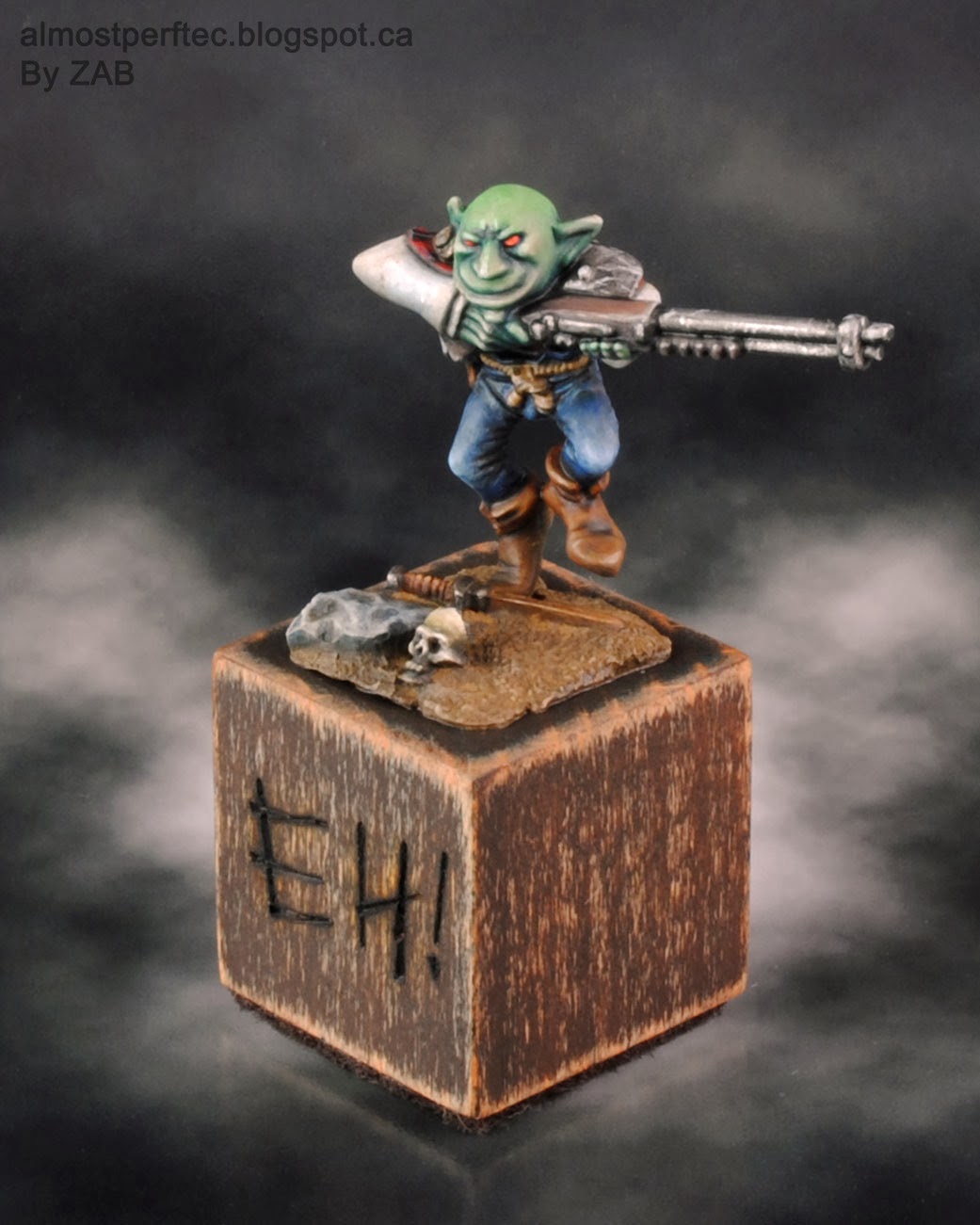 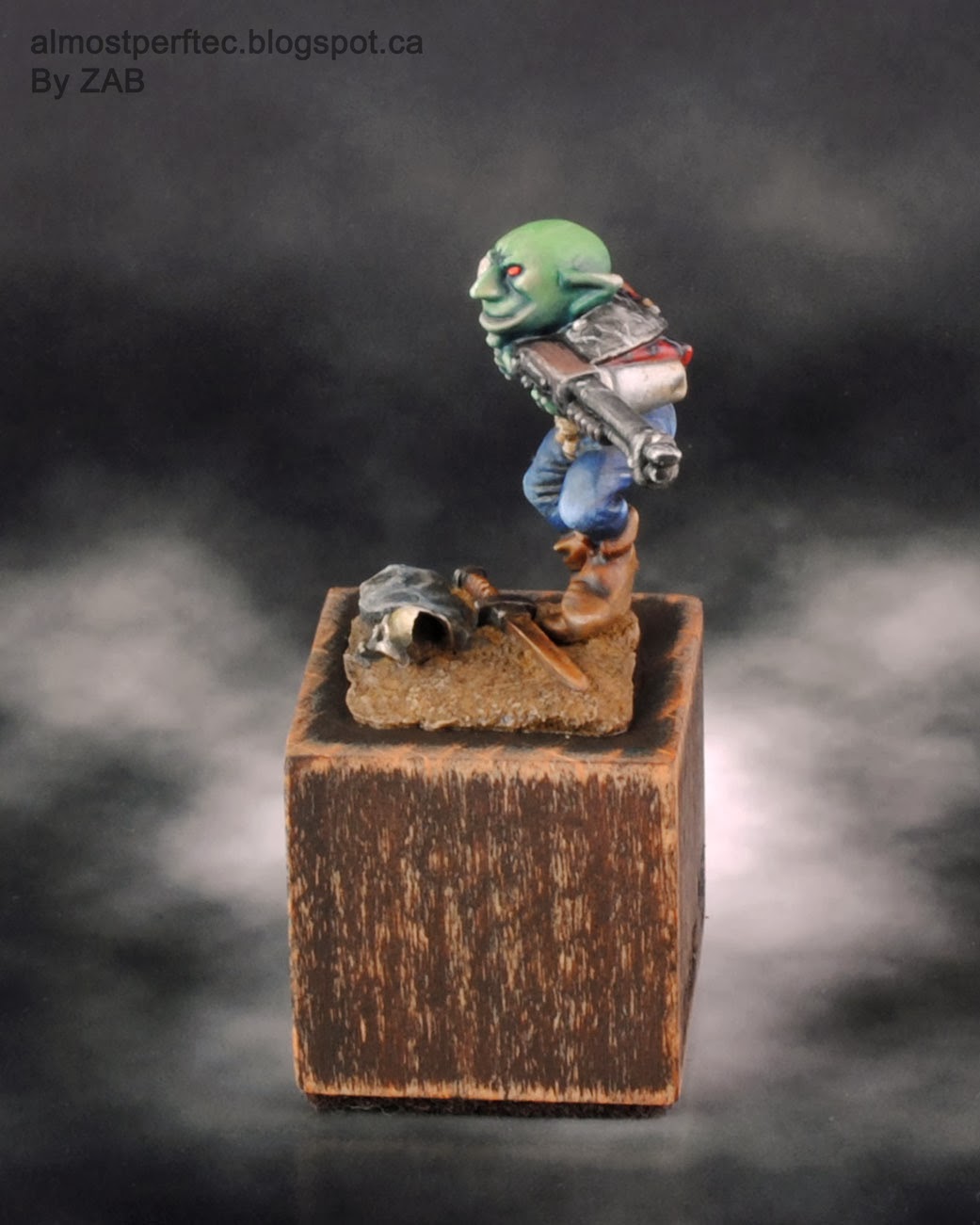 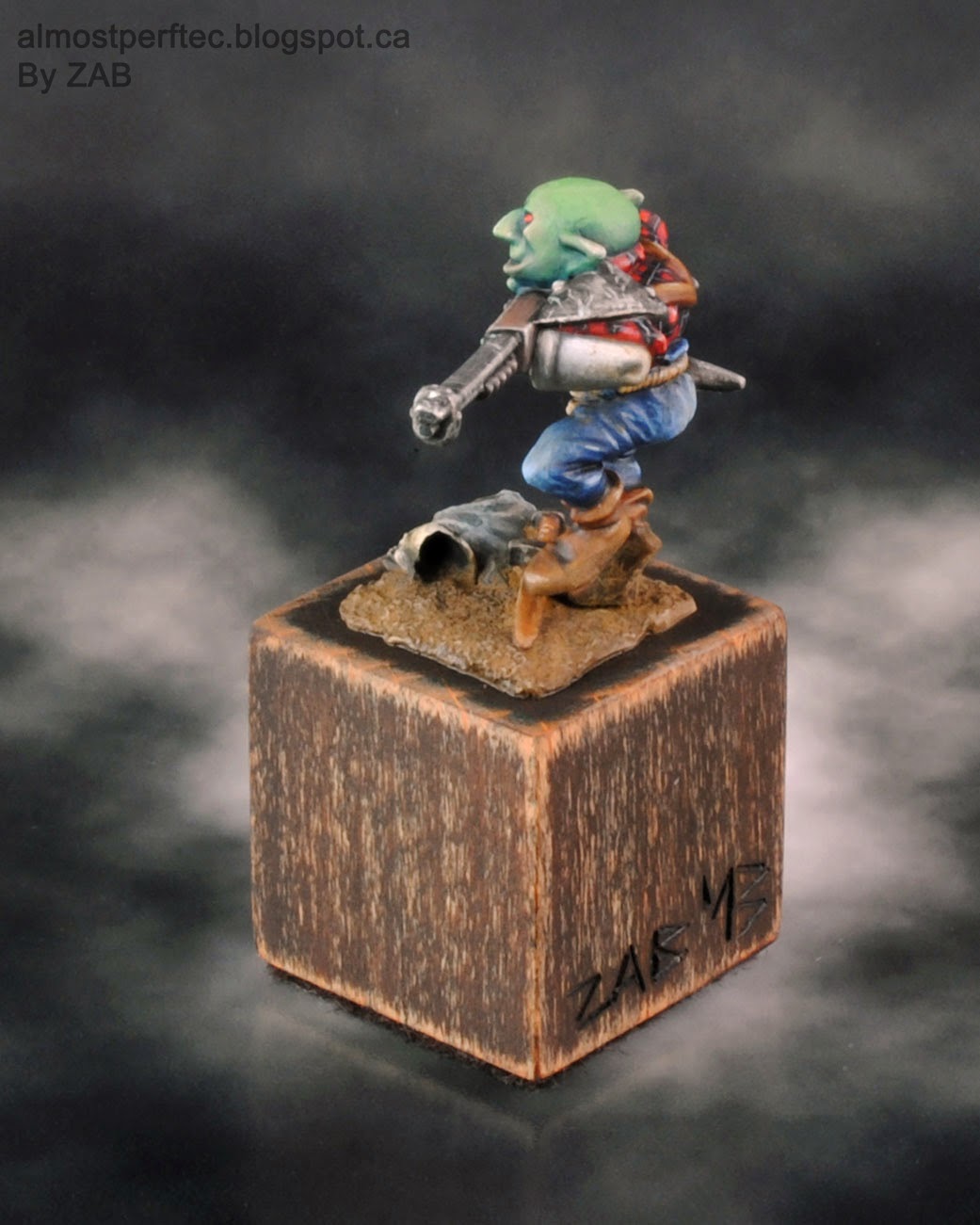 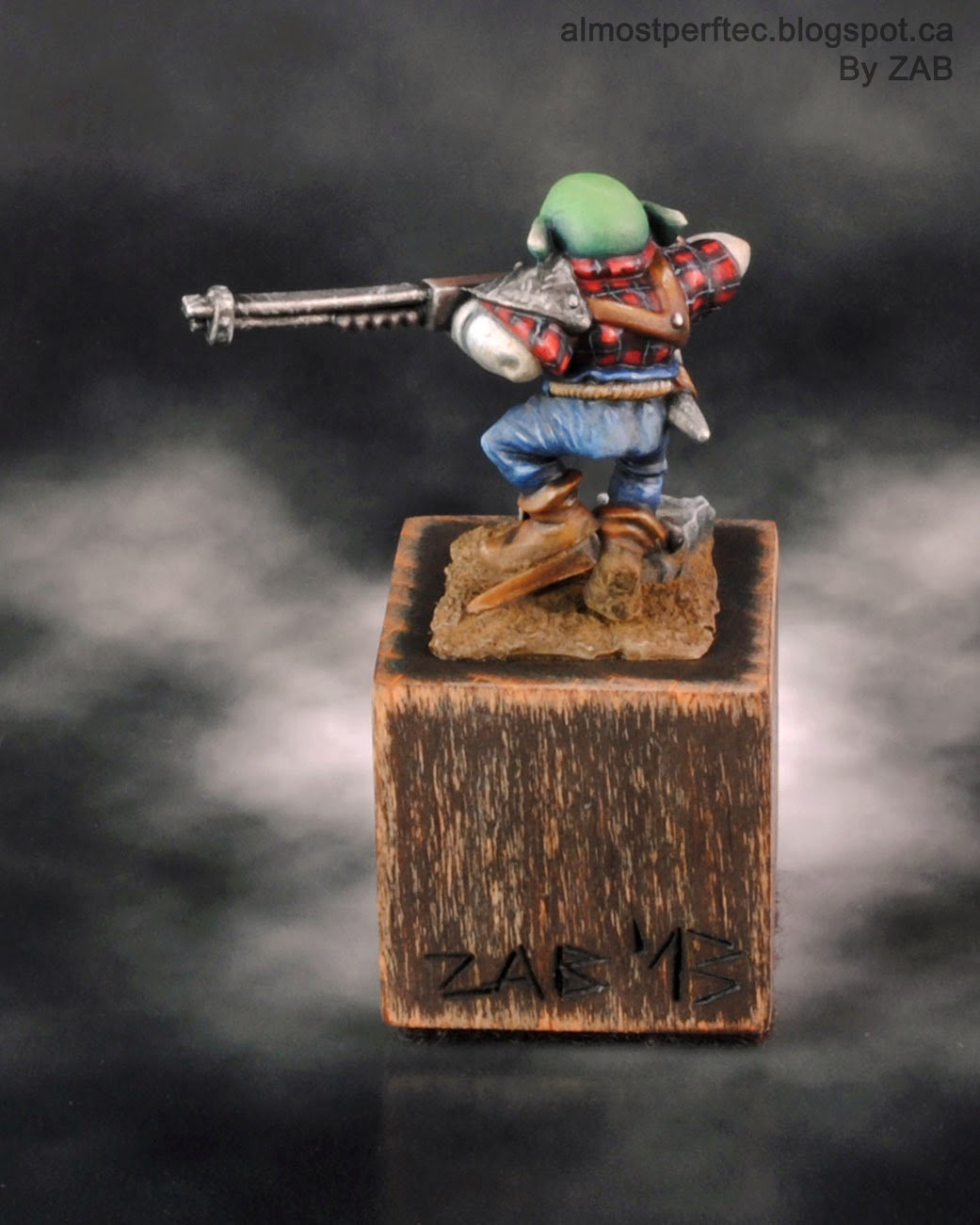 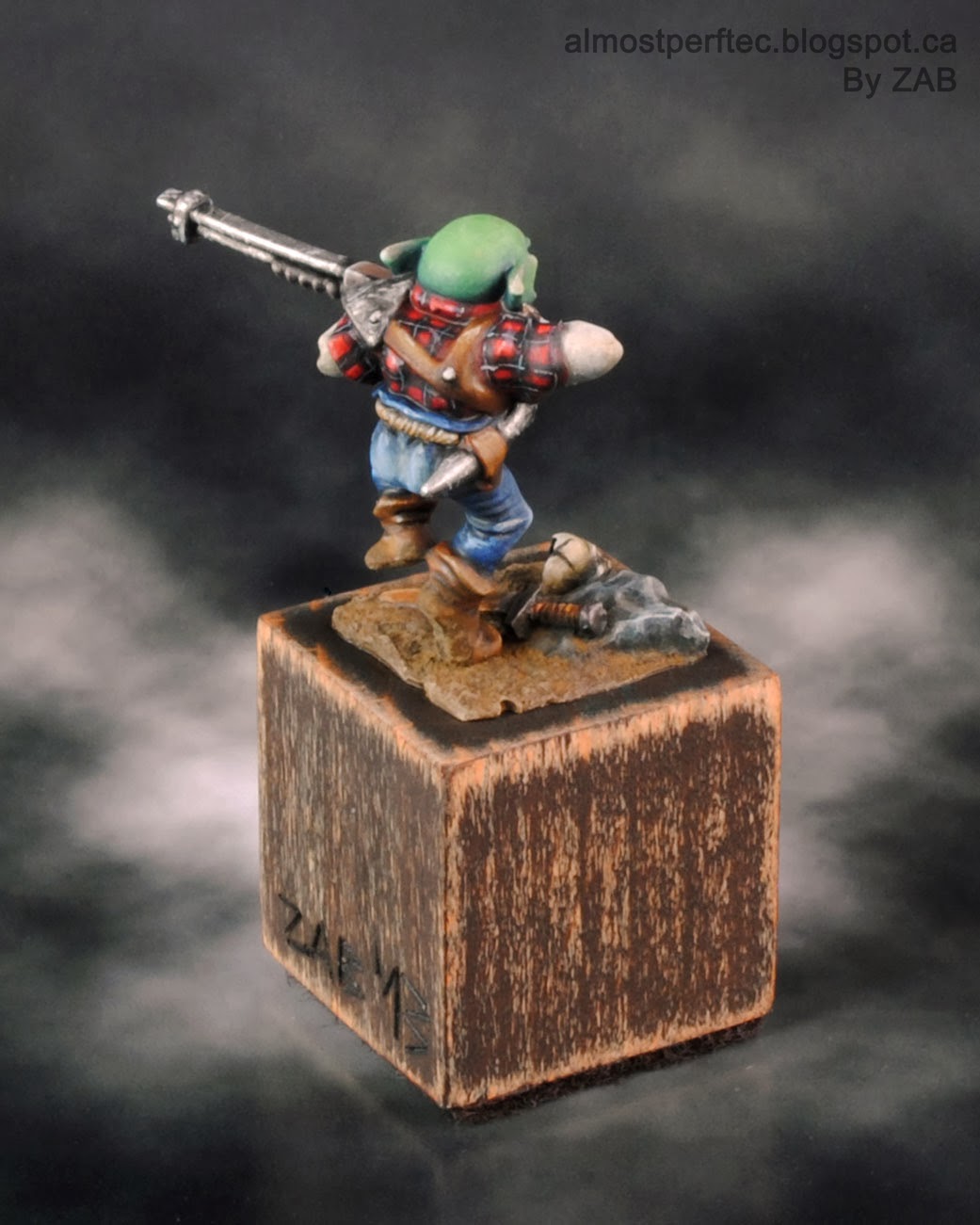 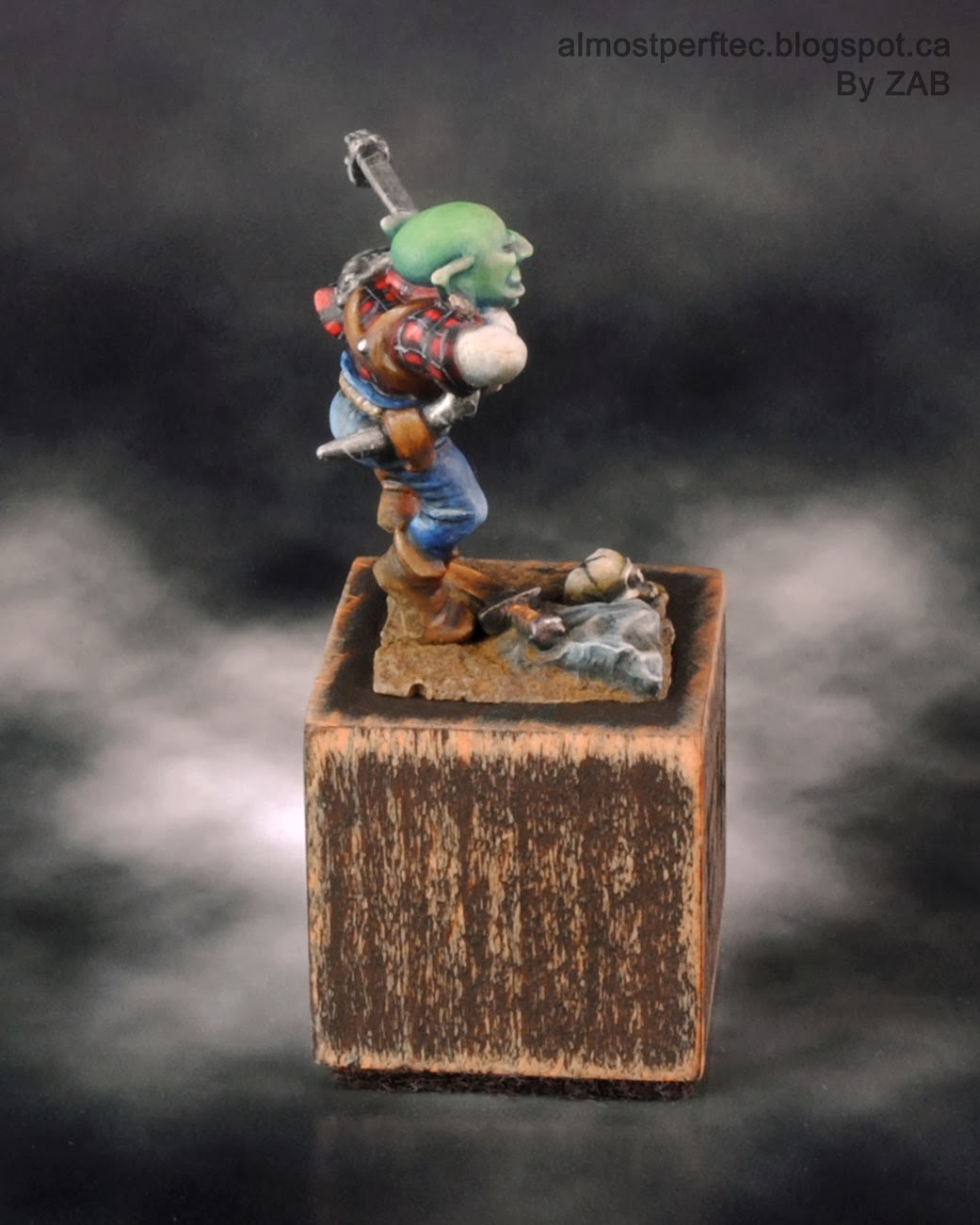 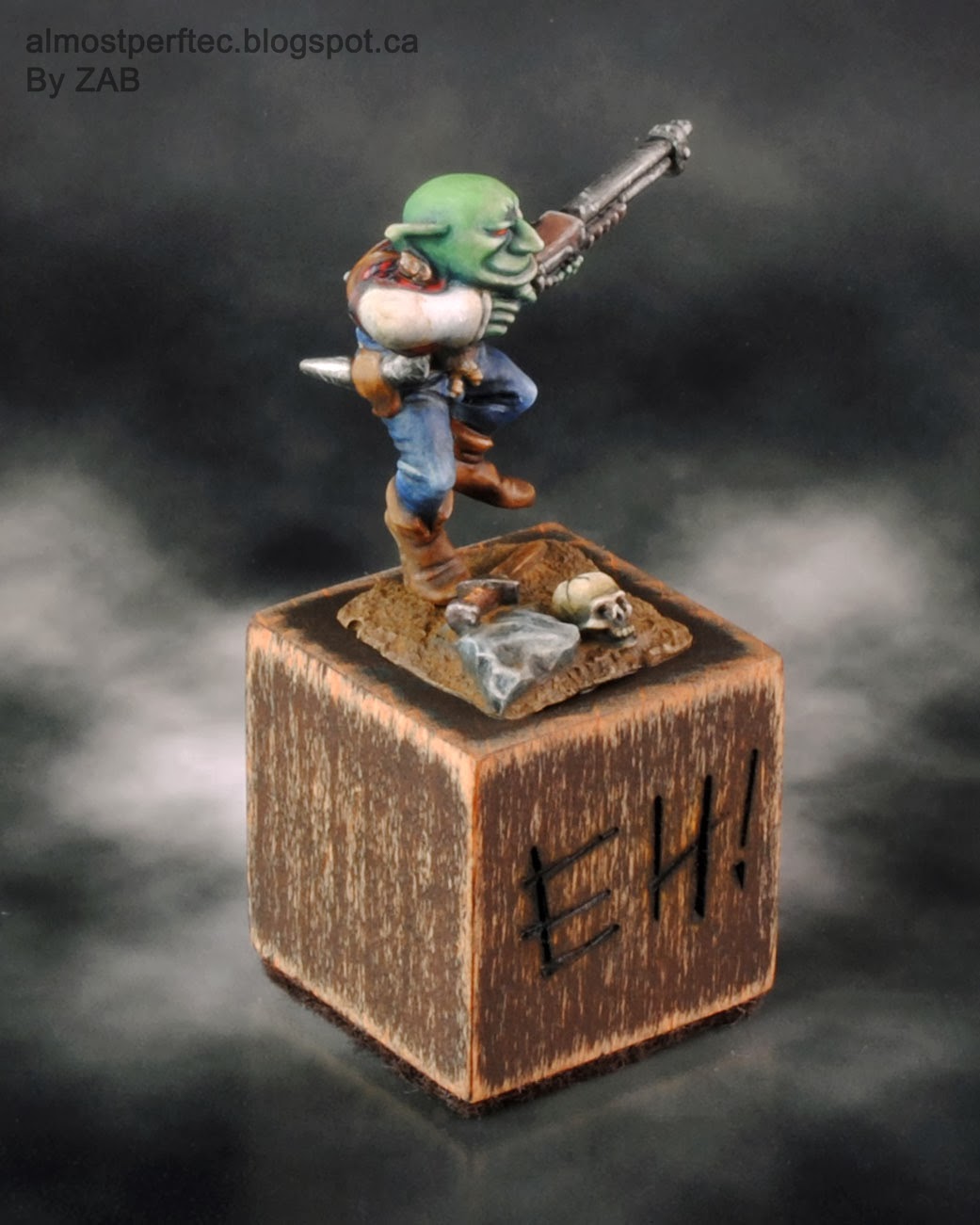 And some close ups of the base, plaid and face. 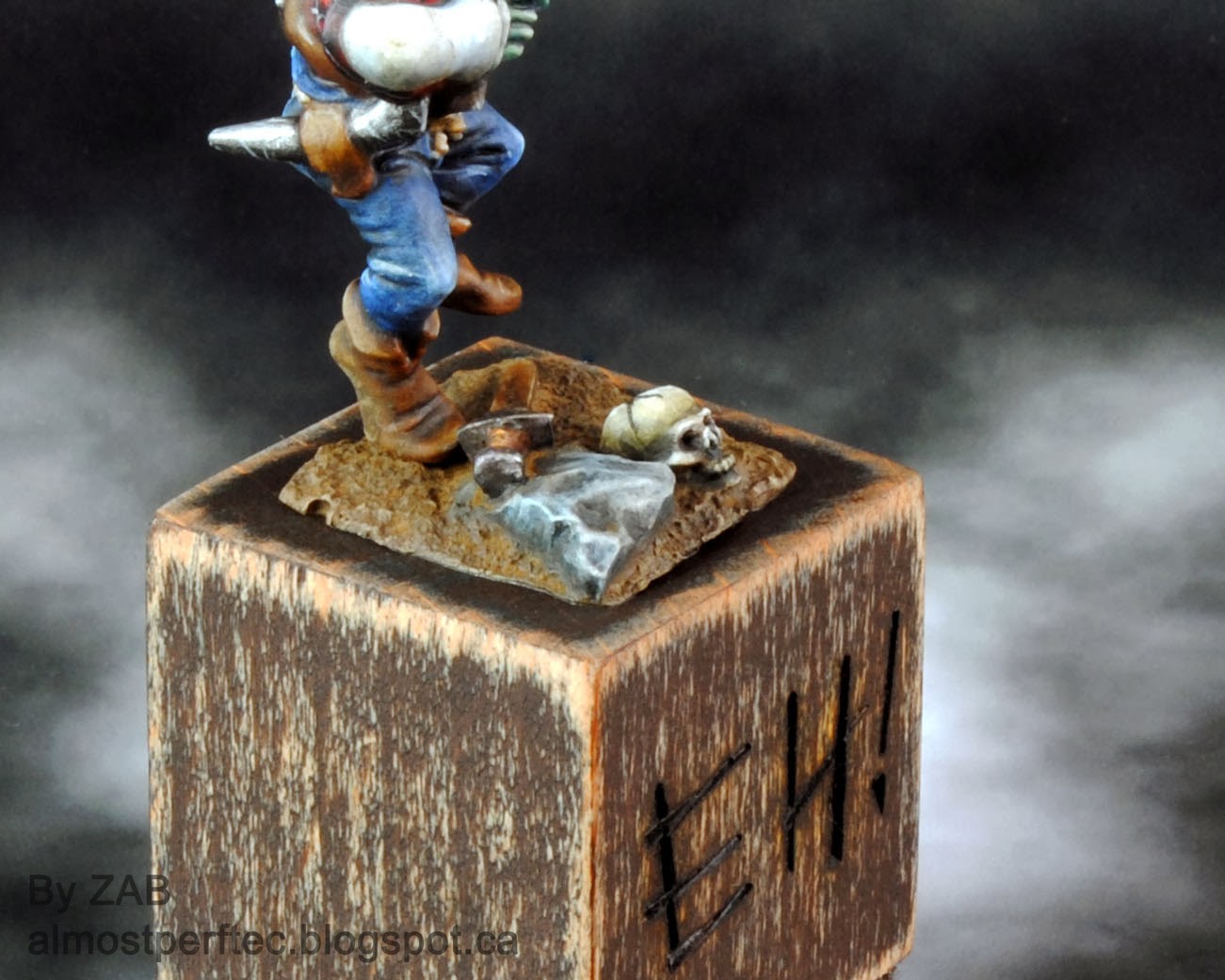 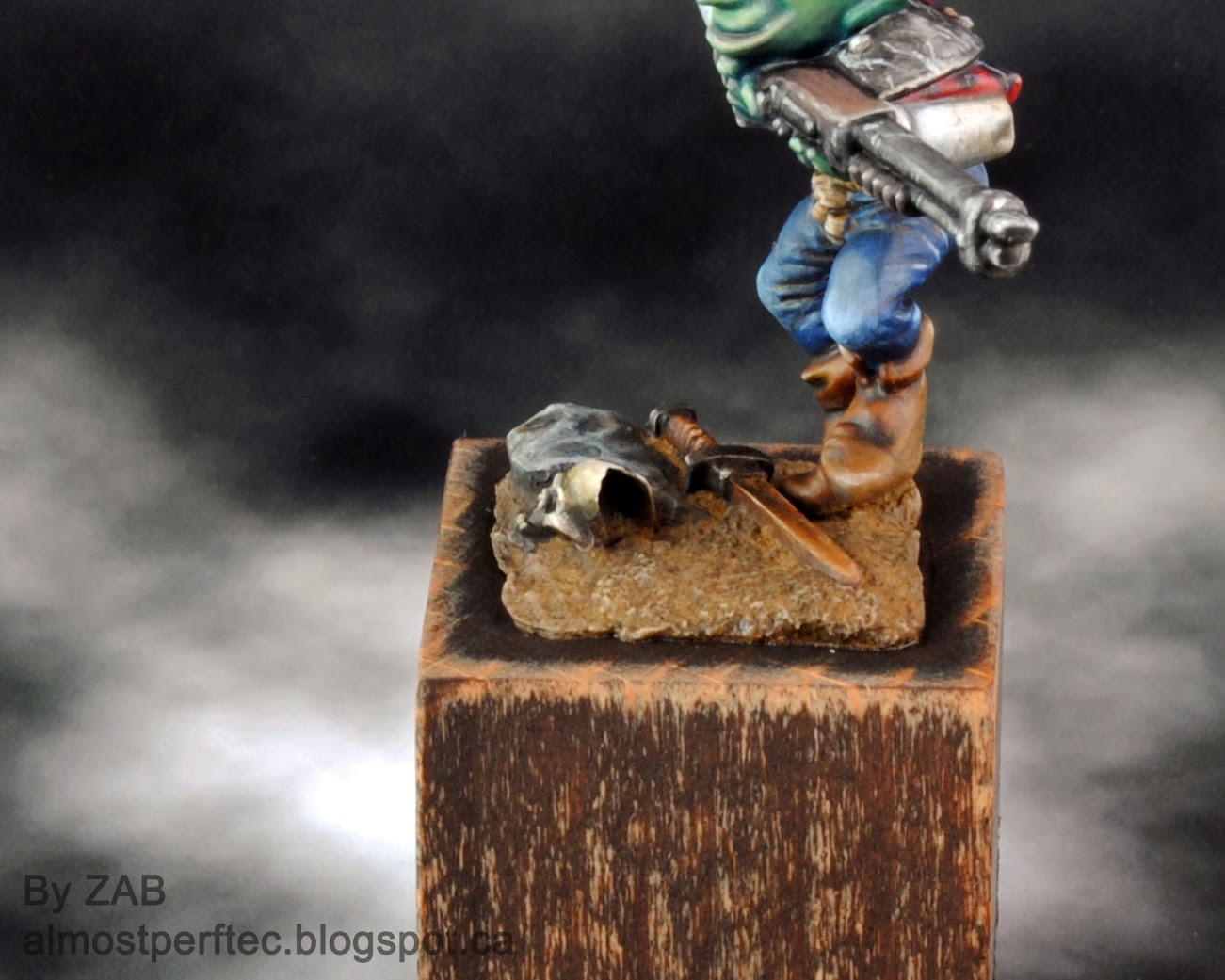 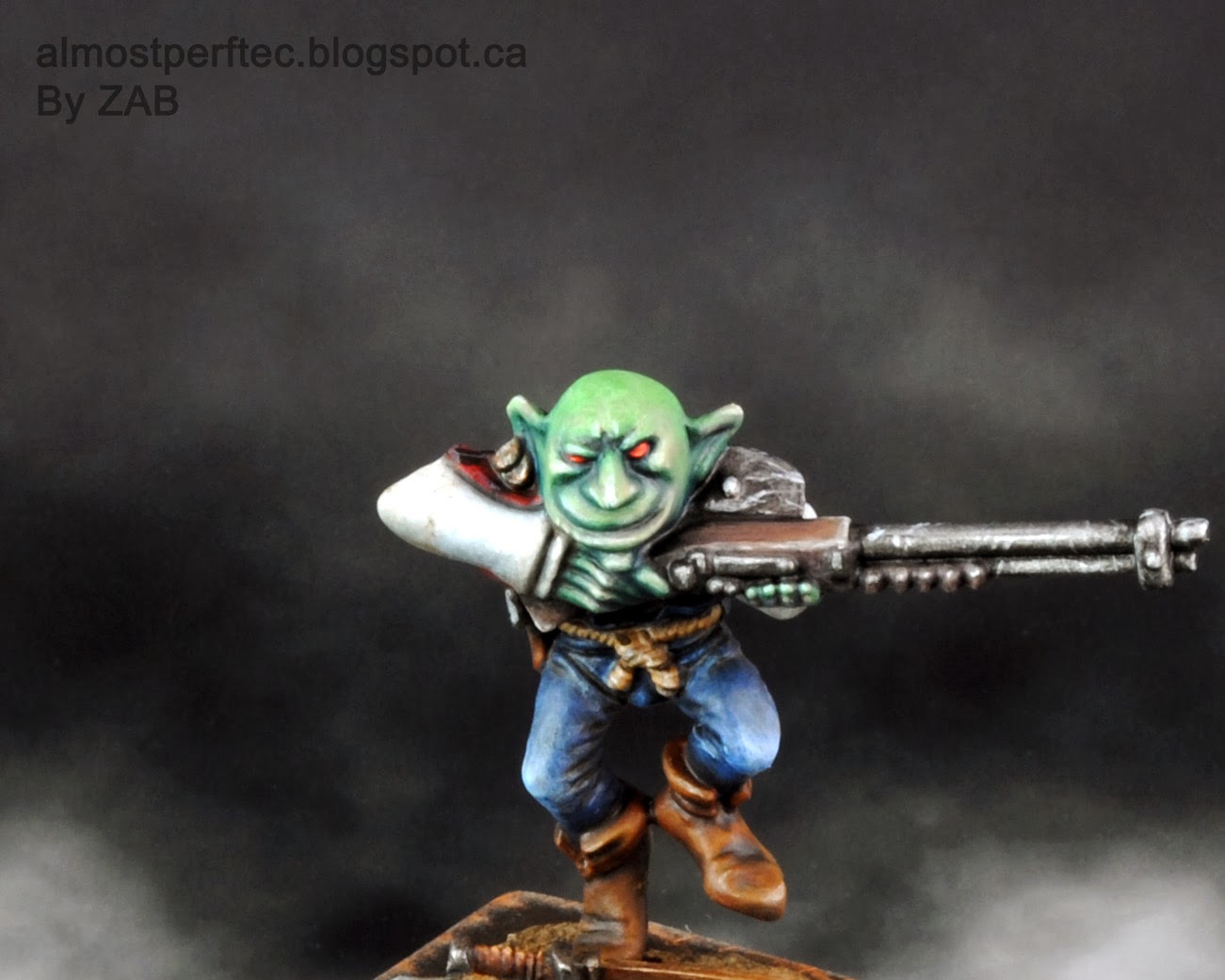 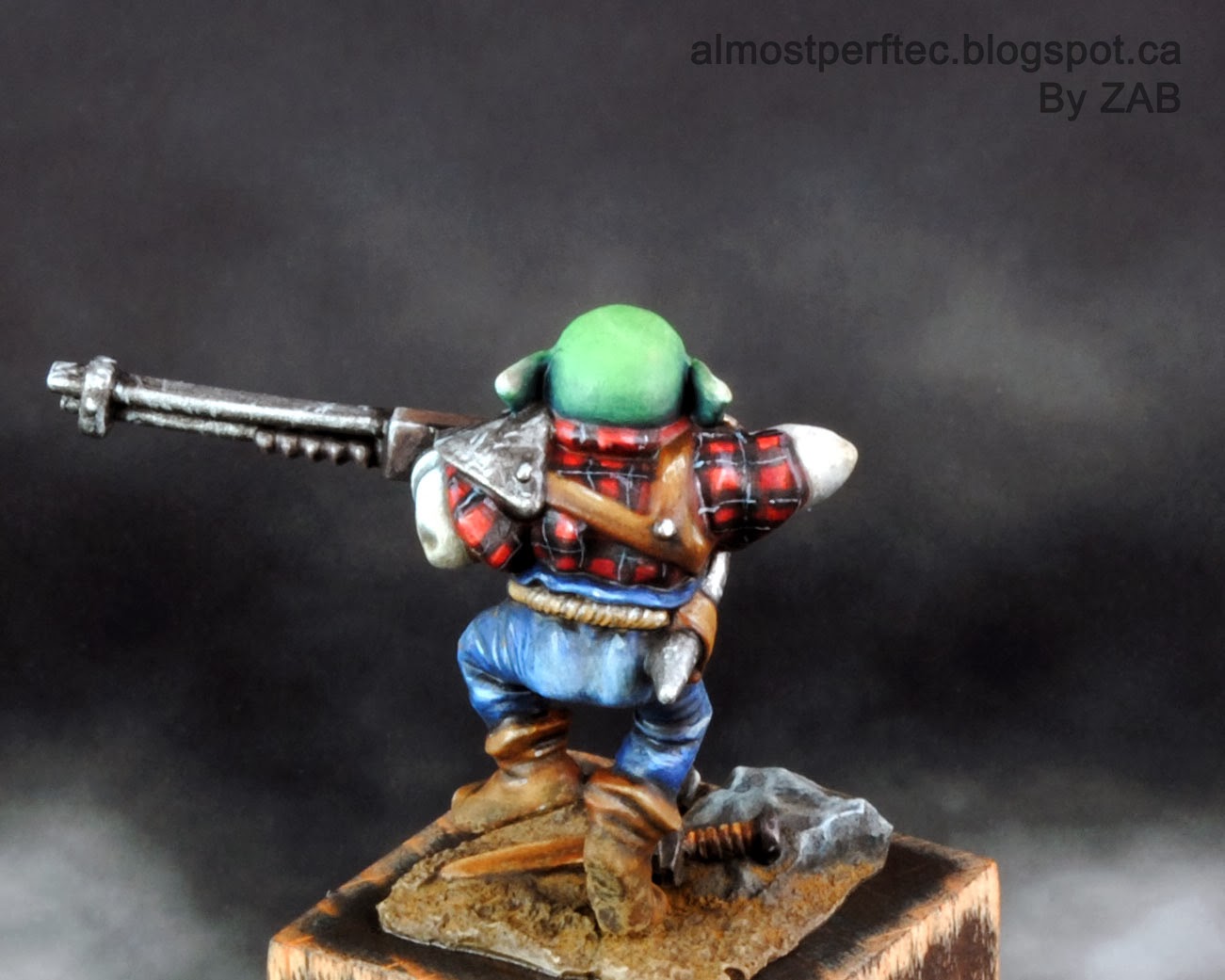 The only thing that was real pain about this whole guy was taking the pics. Due to the extreme contrast of the paint job it was VERY hard to get my photos to the right exposure without blowing out details or losing them in shadow. Oh well, on the bright side (Yes, that was another awesome pun from me) I learned some new photo tricks! I hope you enjoyed this guy as much as I did. I think I will be doing more RT era minis with my new skills in the future...

Next post: The Celtic skull gets its moss, pigments and other such details added. Thanks for stopping by, hit me up with any comments or questions you might have and remember; you can't spell paint without pain!
Posted by Zab on Friday, December 13, 2013