WIP: Vampirella - Blocking in the colors 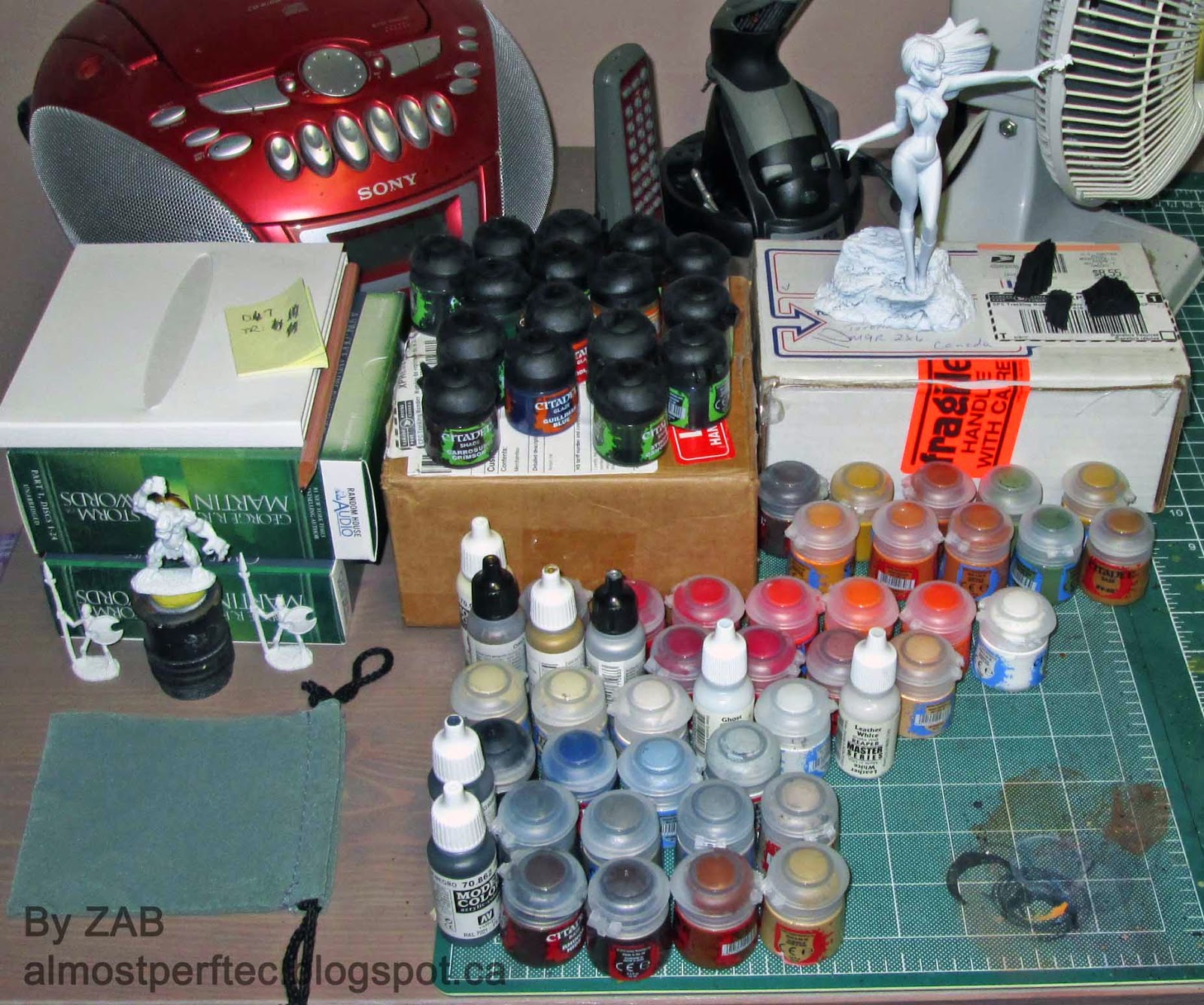 Had trouble priming her and the air brushing of her skin was too subtle to show in pics so it looks like the primer coat did. Yay. This one is frustrating me. It'll be mainly pics of colors and the mini for this post...


The colors I used for her skin (not that you can see them): 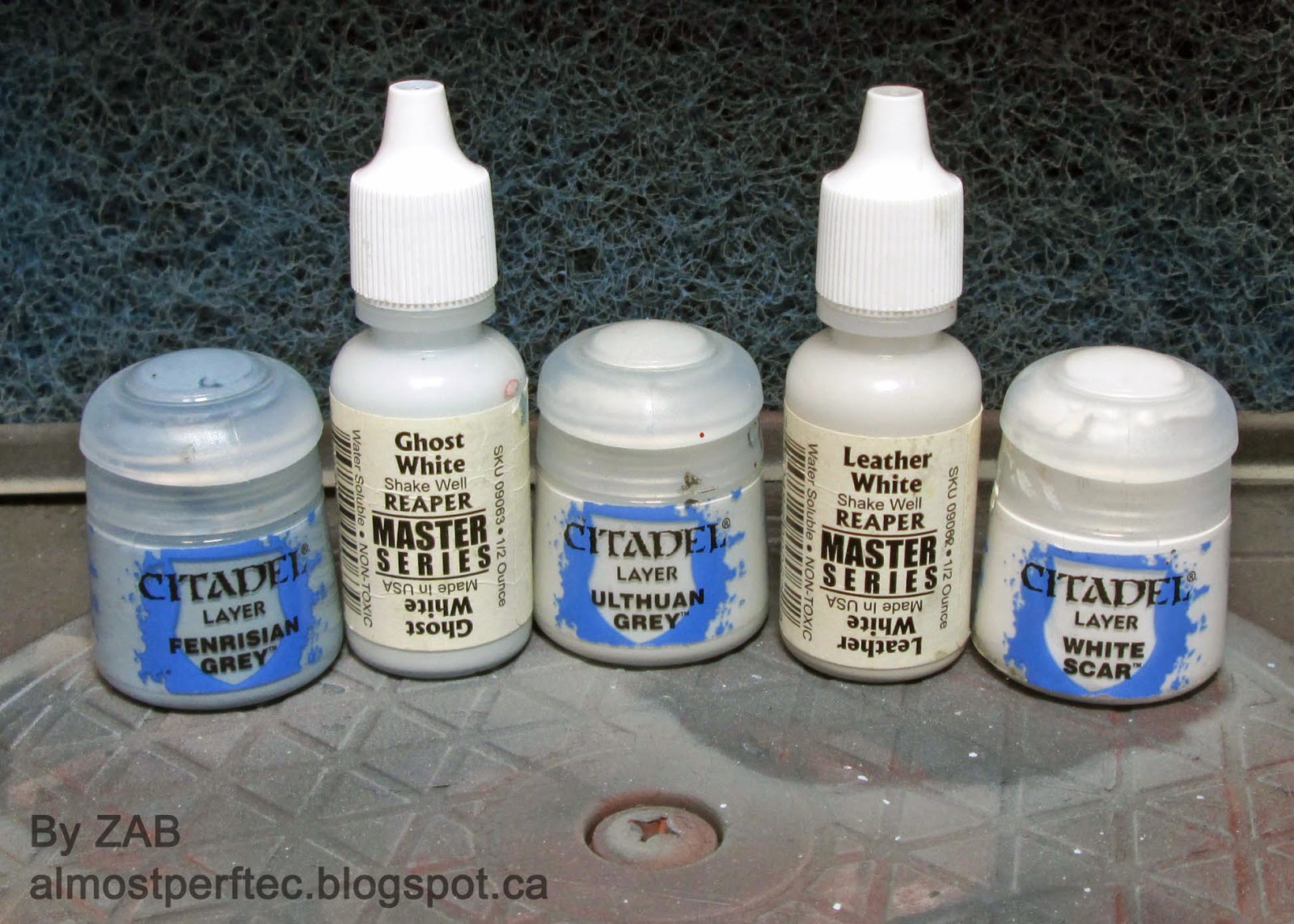 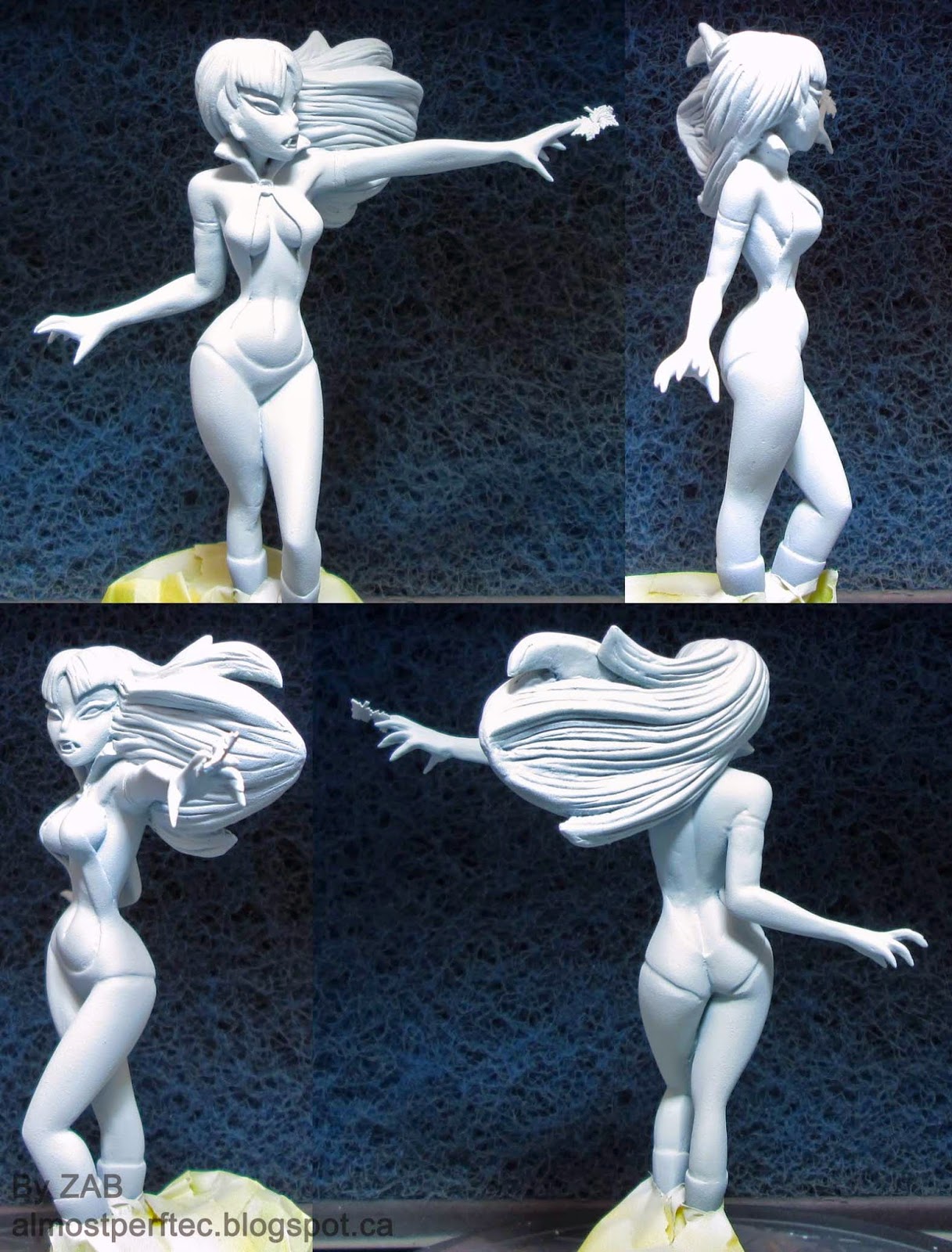 I also did the base with the air brush... 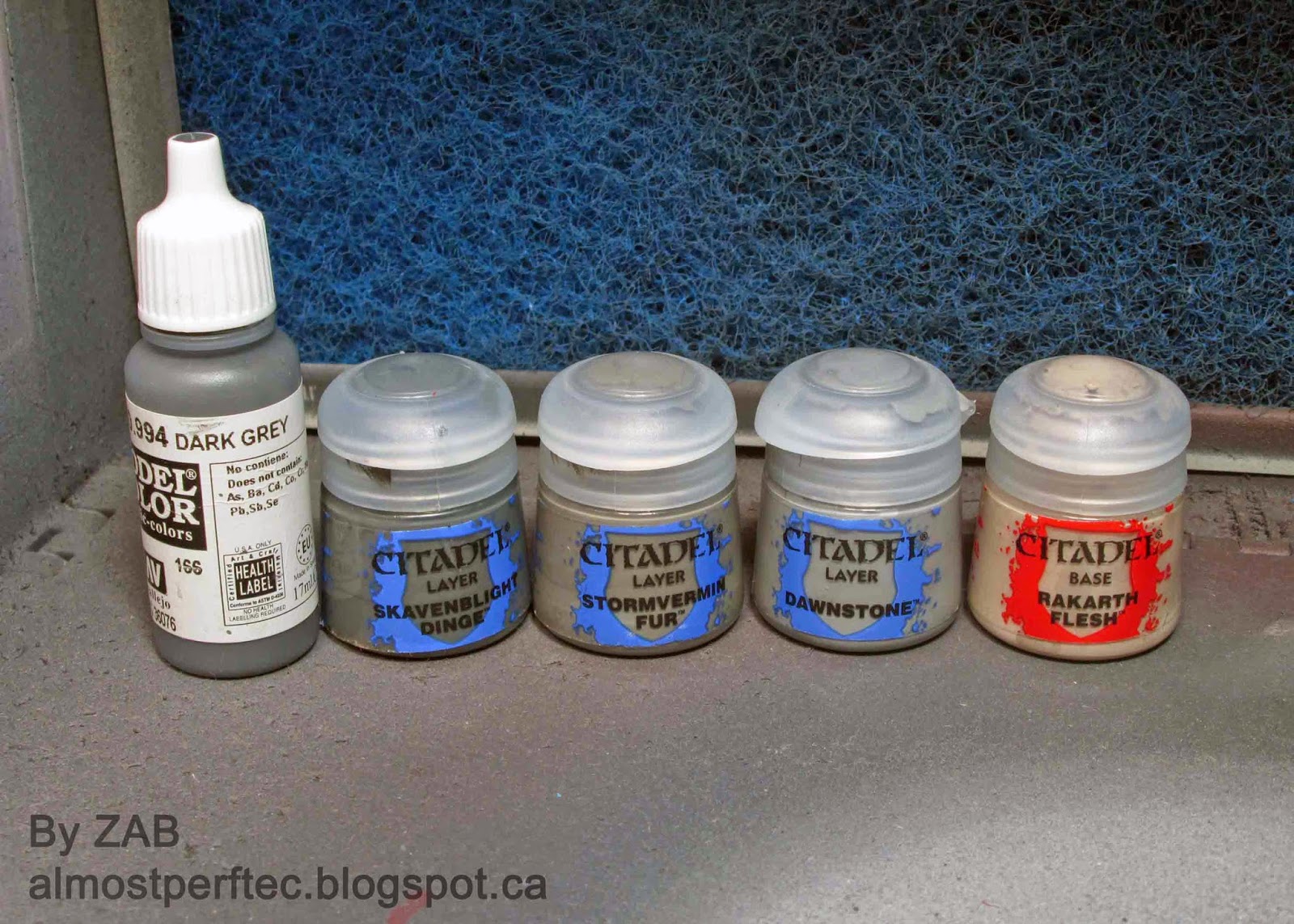 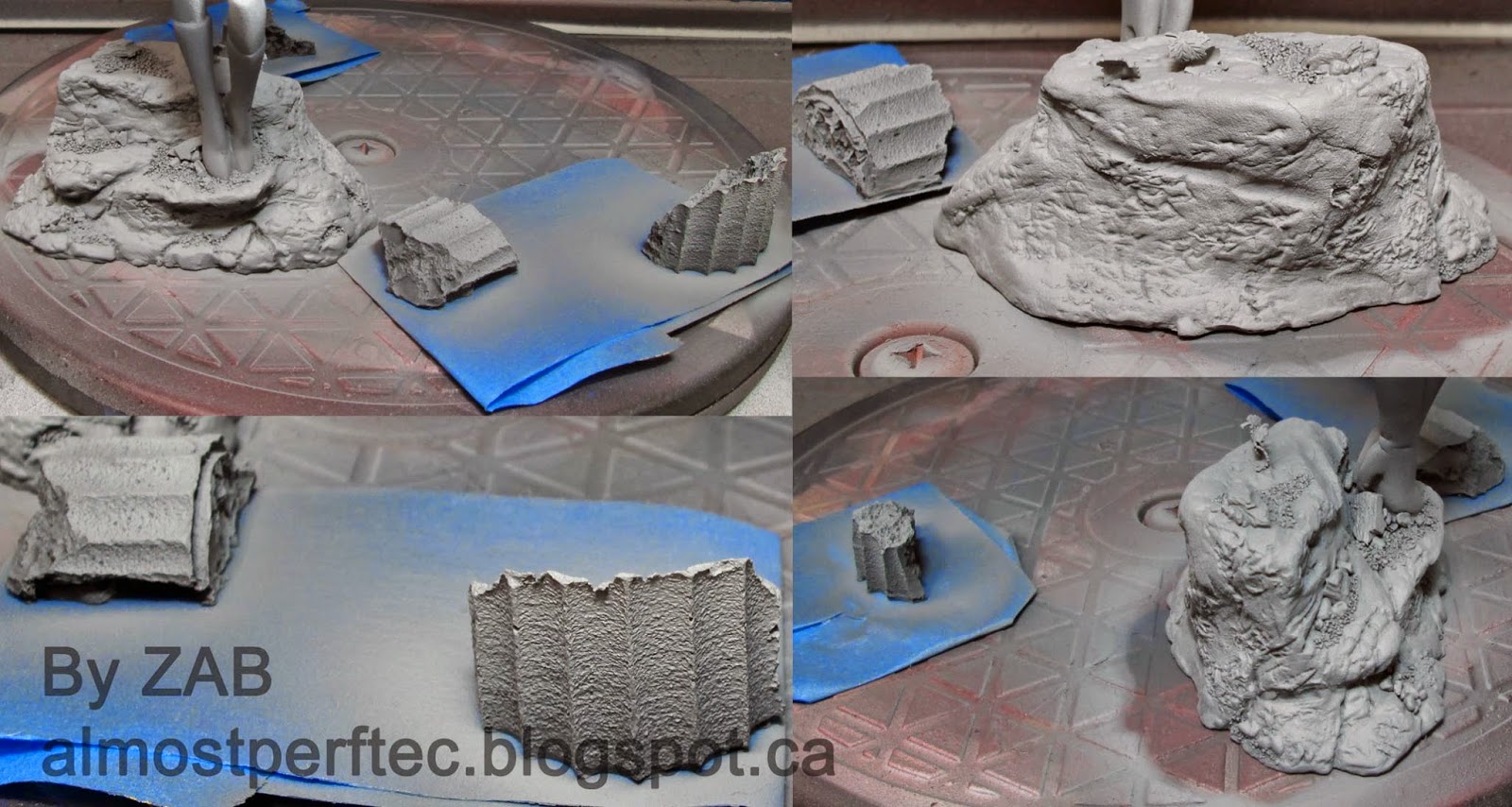 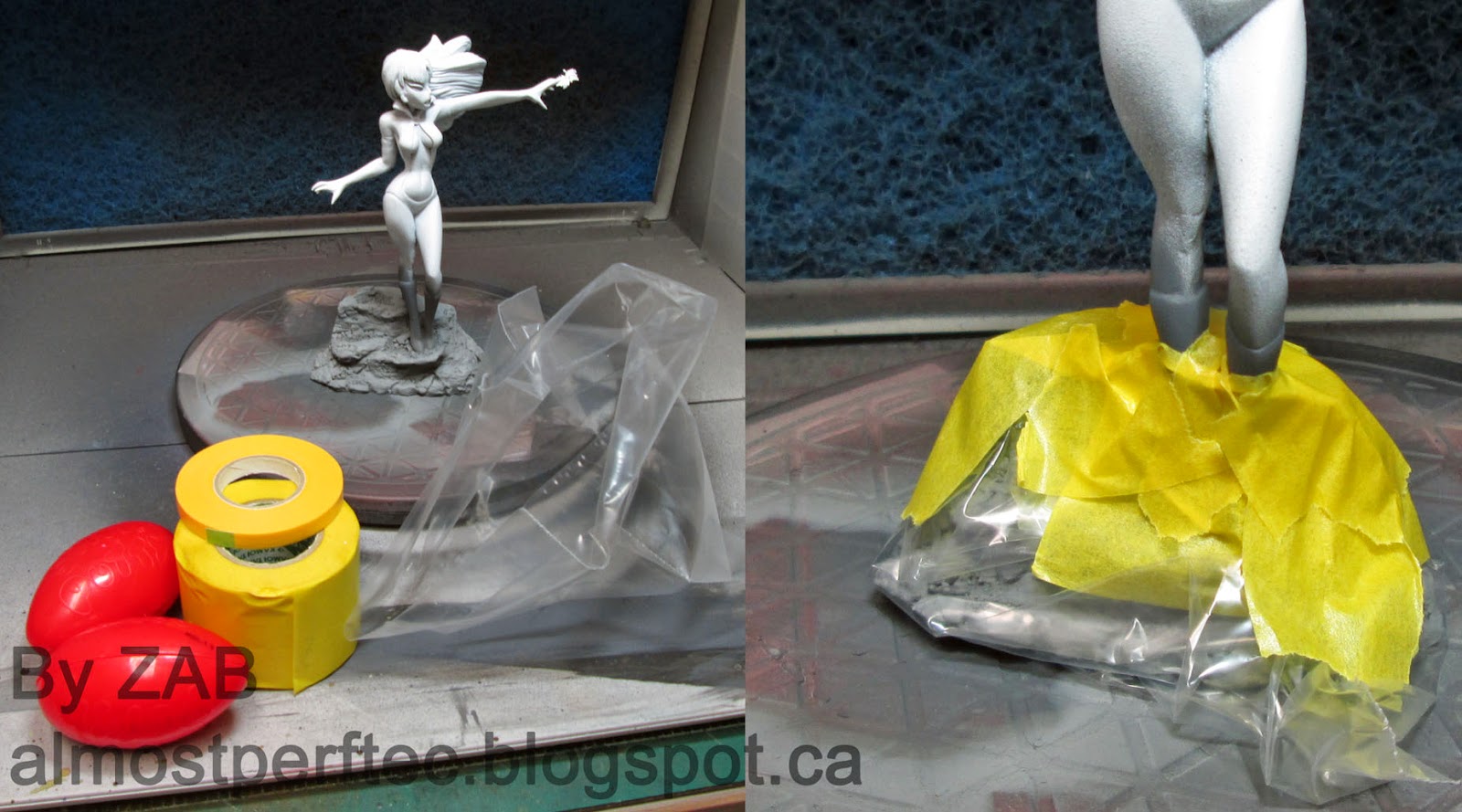 After not being bitter about the bad primer and invisible skin colors I moved onto blocking in the boots. Gave them some texture with stippling. I'm sure that will disappear later too. Not bitter though. 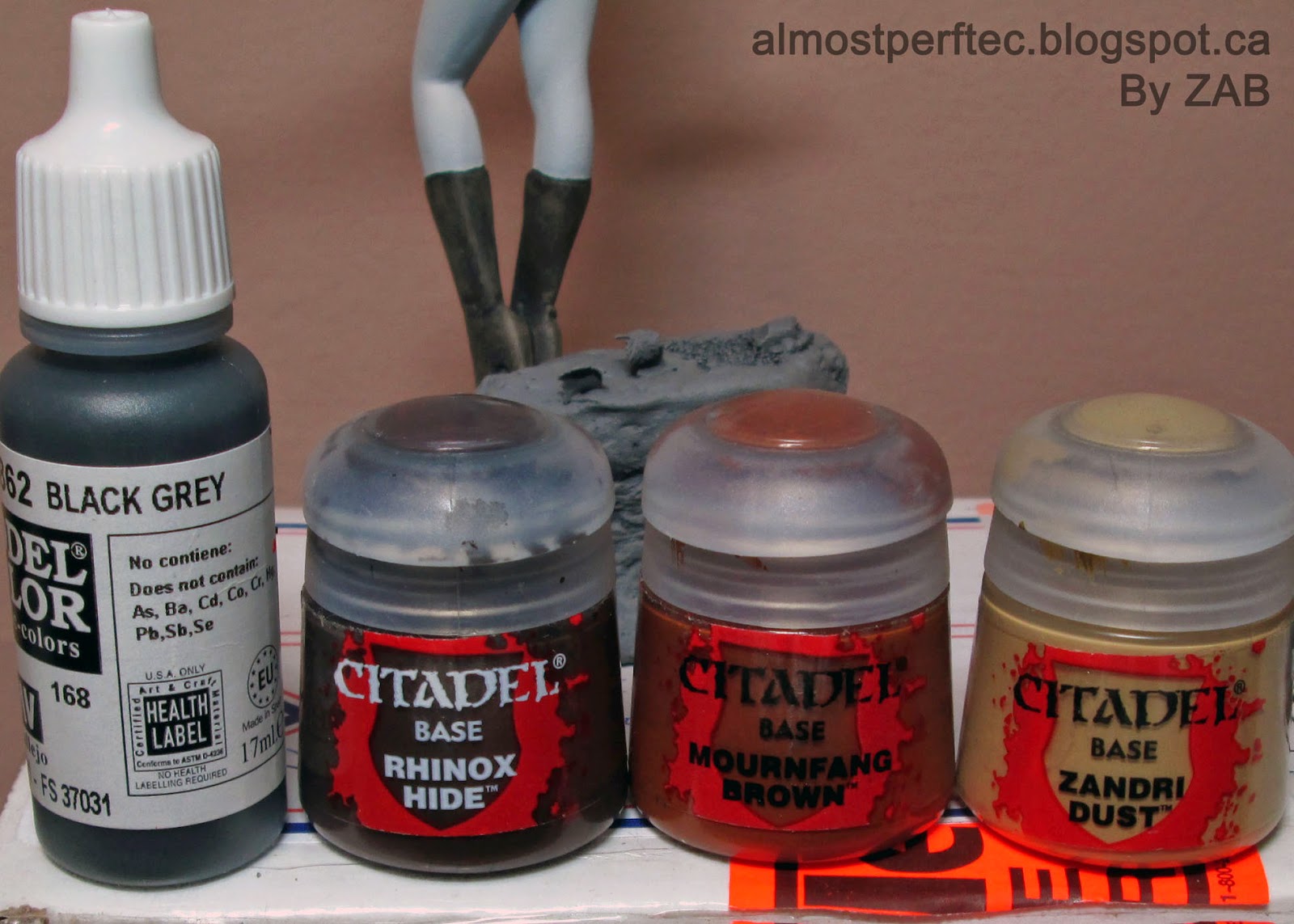 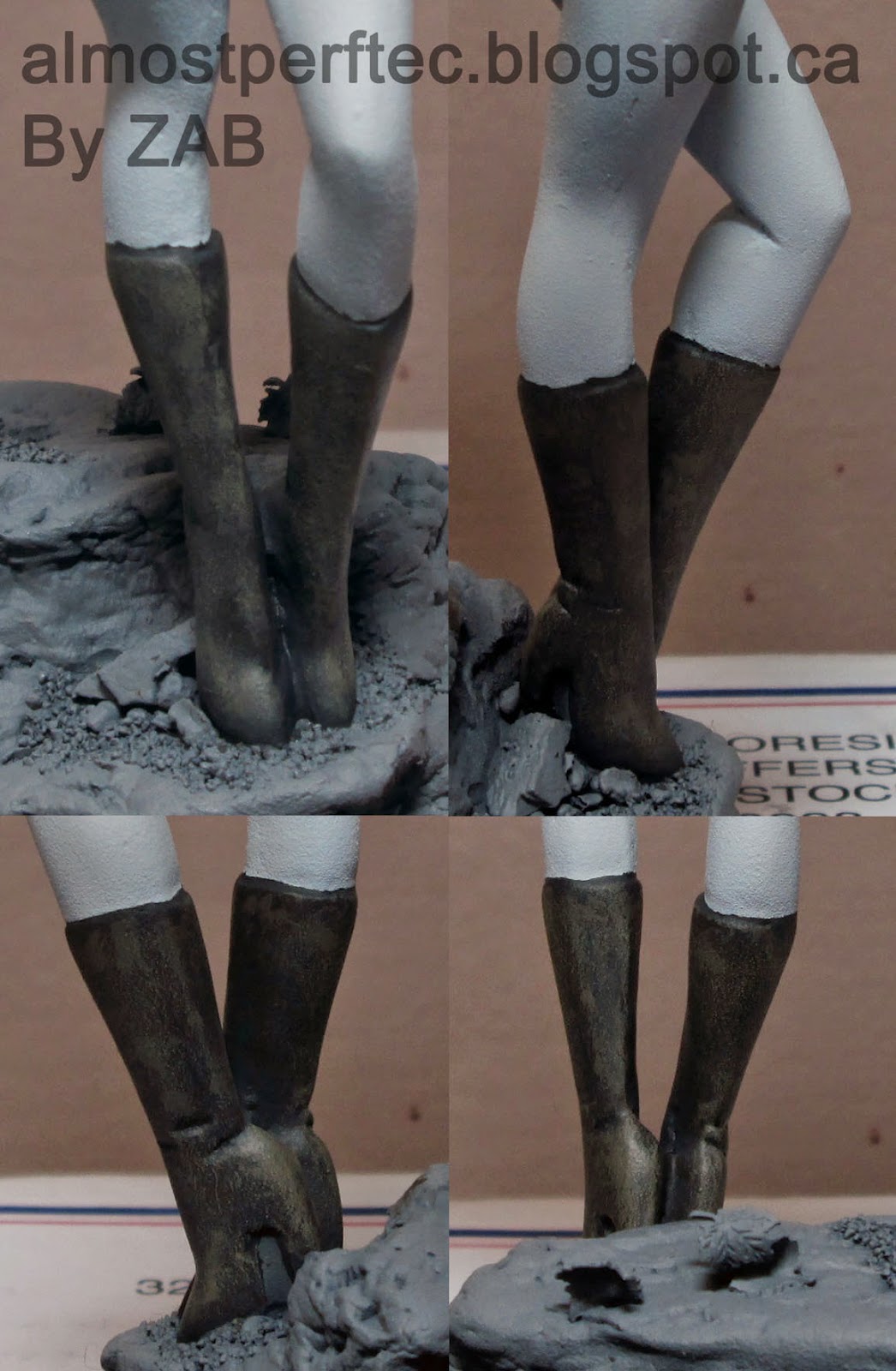 Then I worked on her hair. 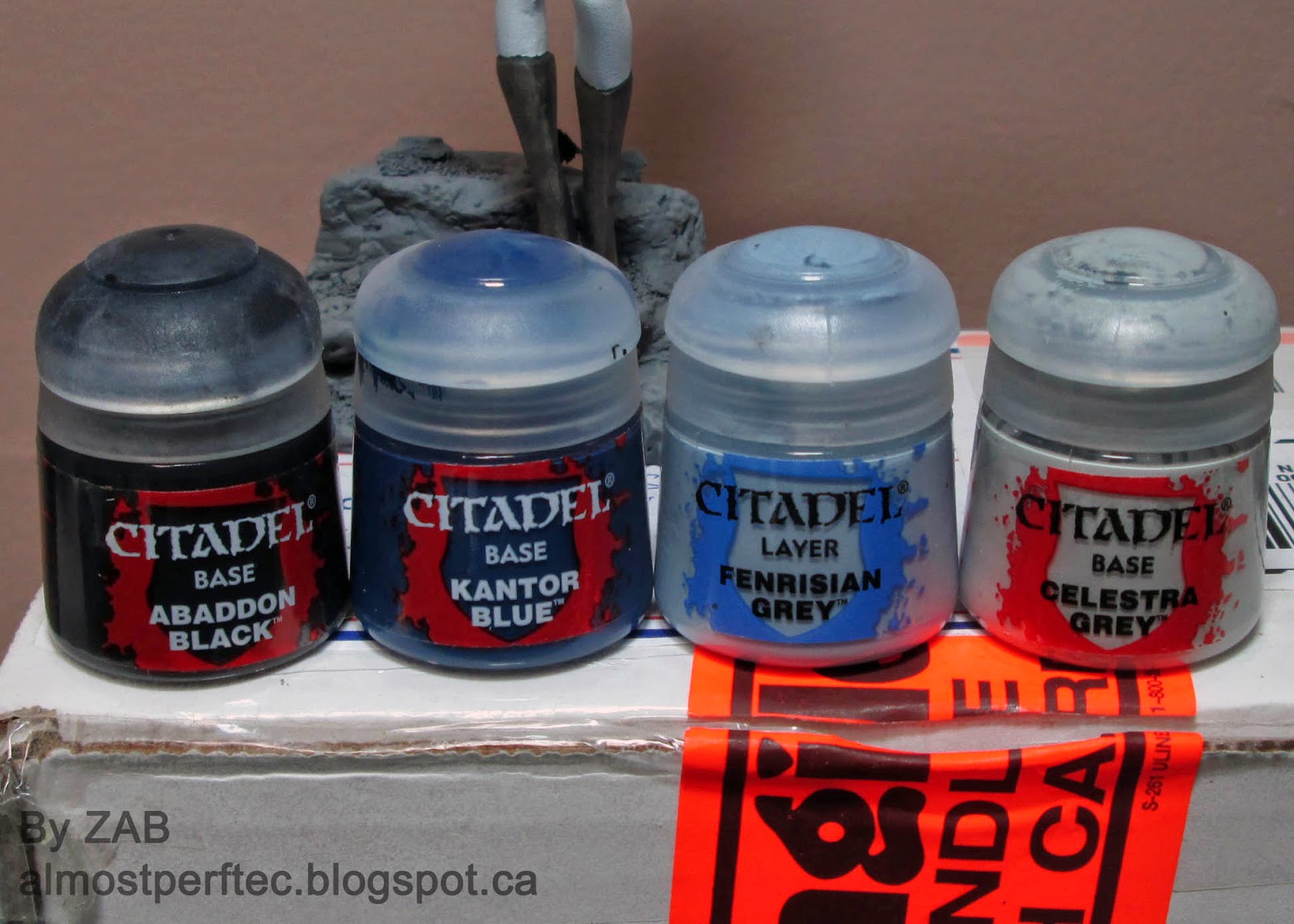 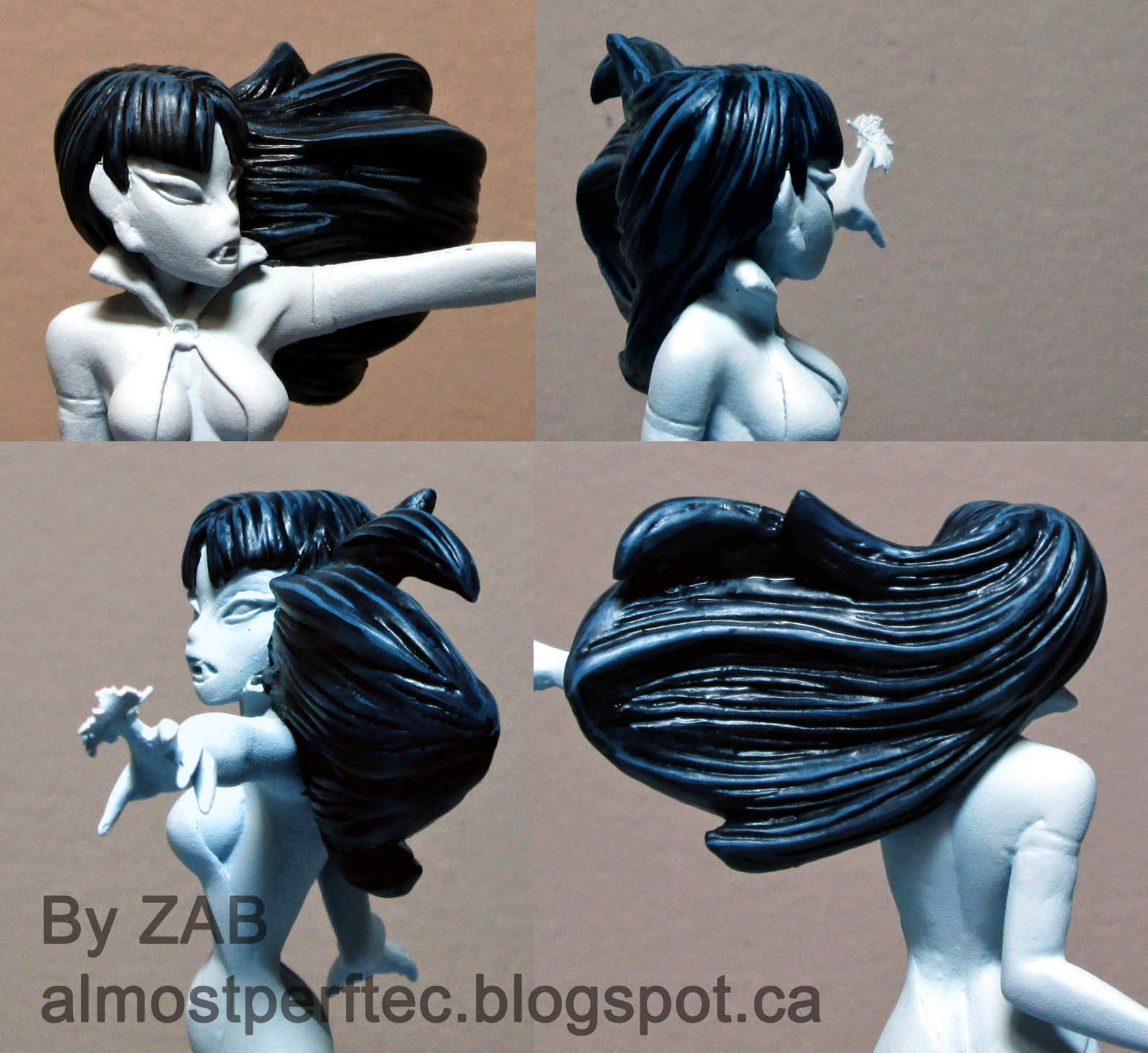 I blocked in her dress and gold parts next. Forgot to take pics of the colors though. Still not bitter. 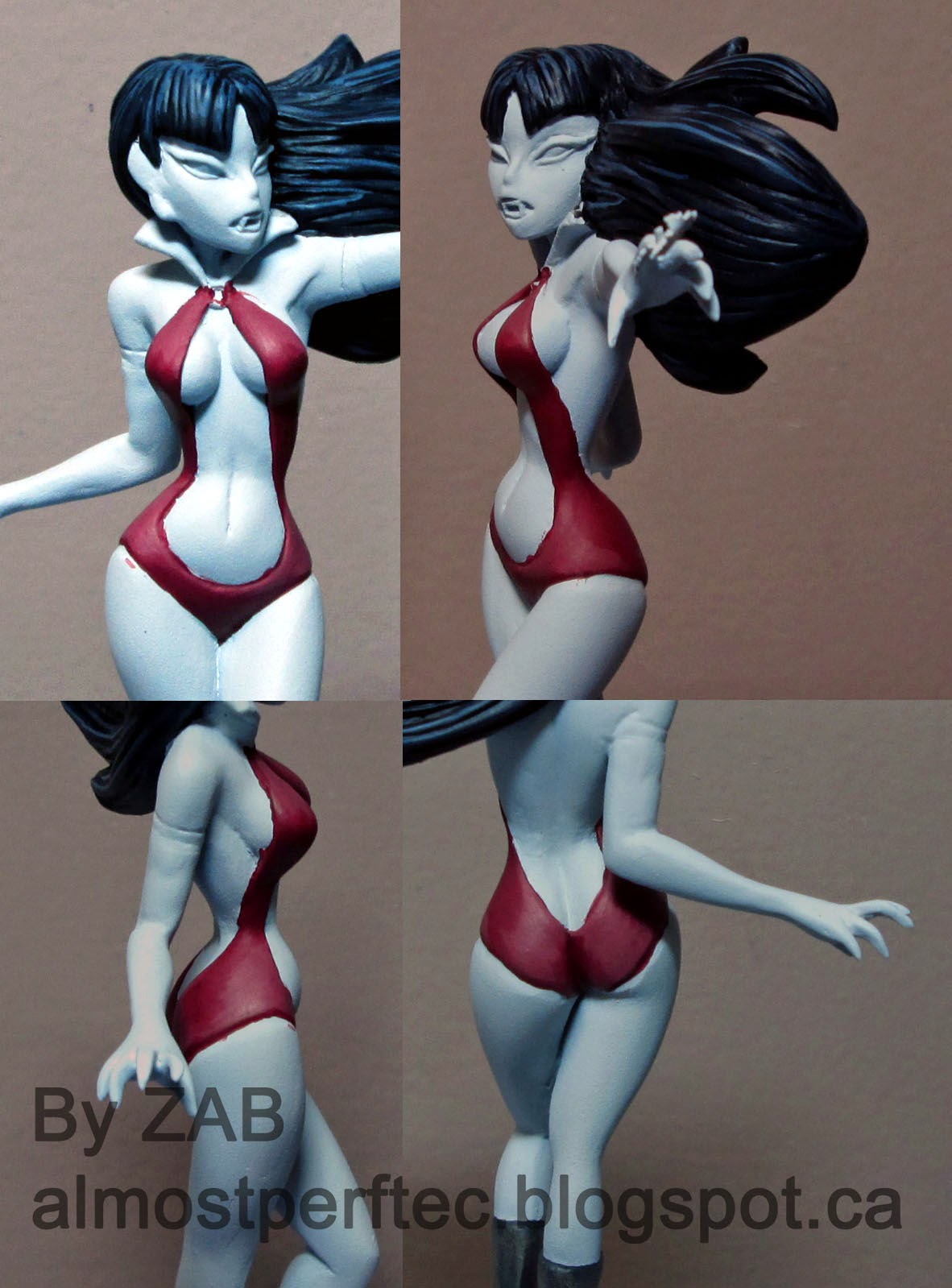 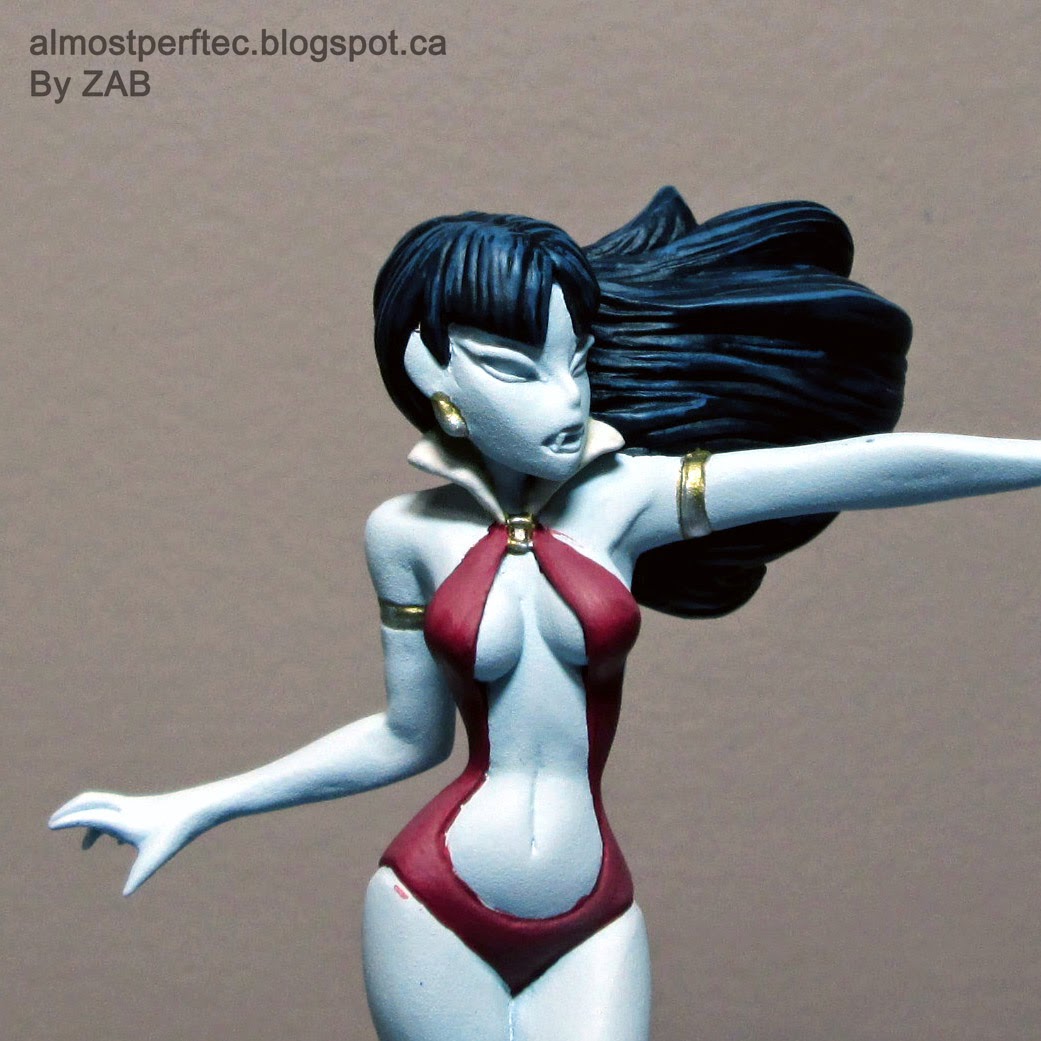 Next were her eyes and lips and teeth. 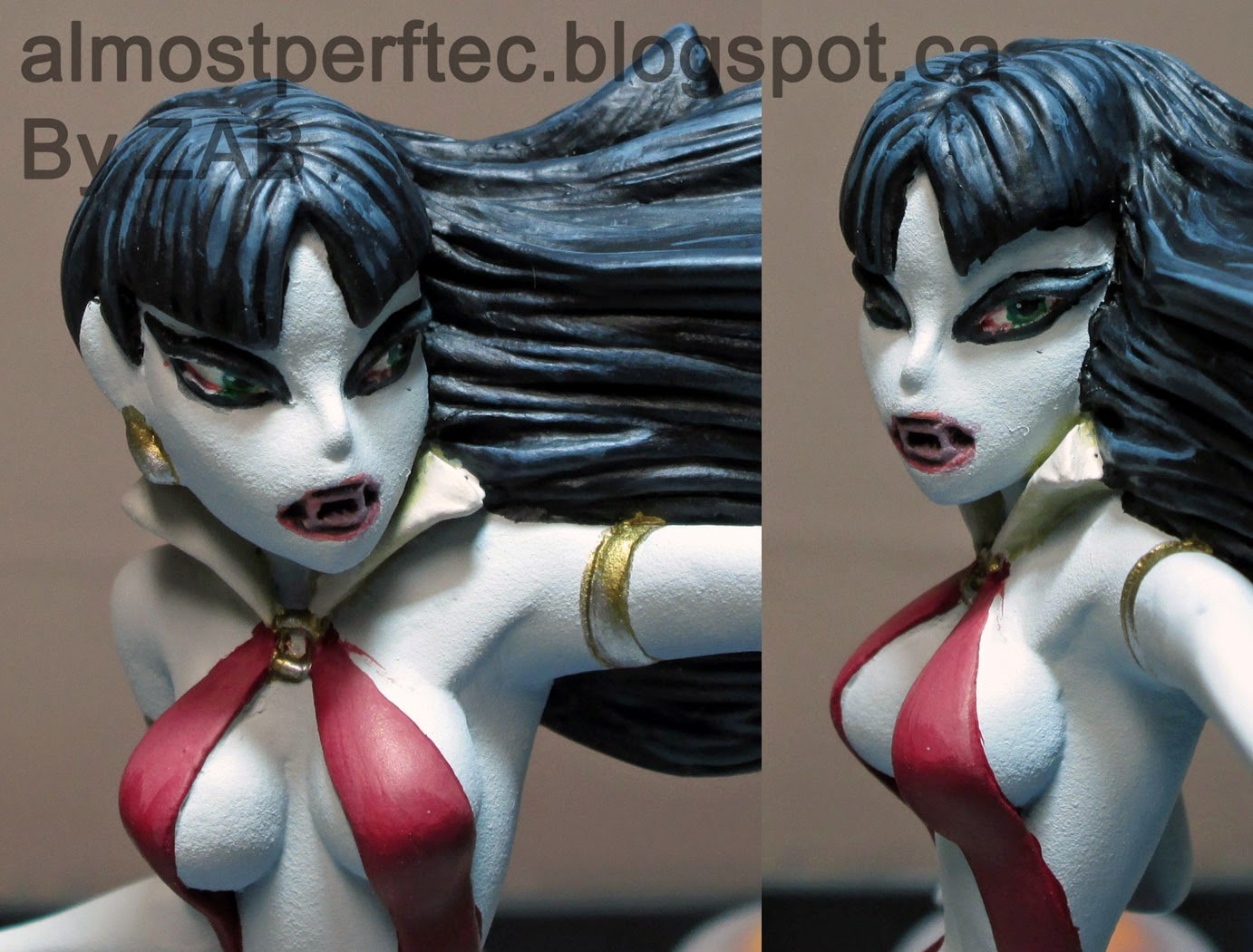 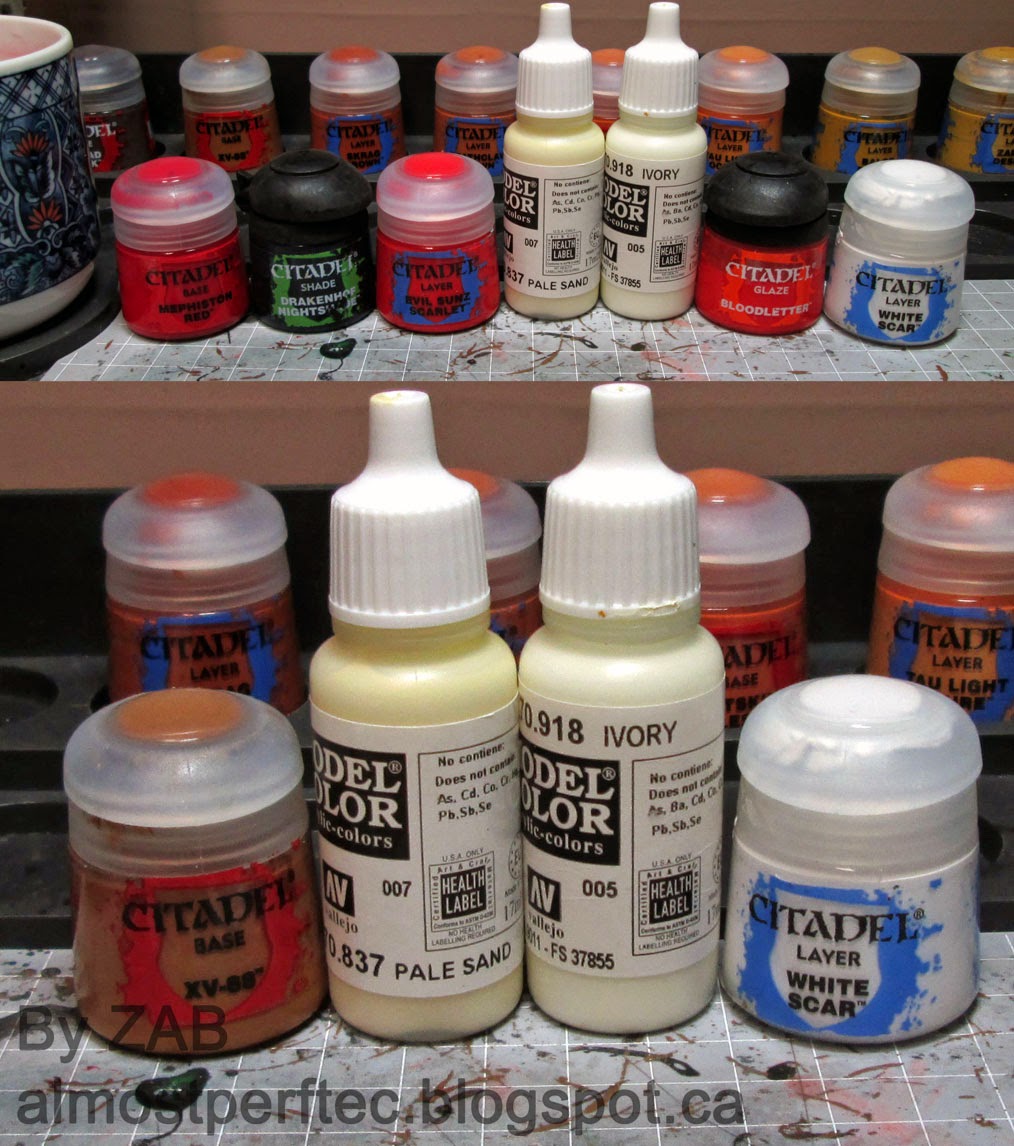 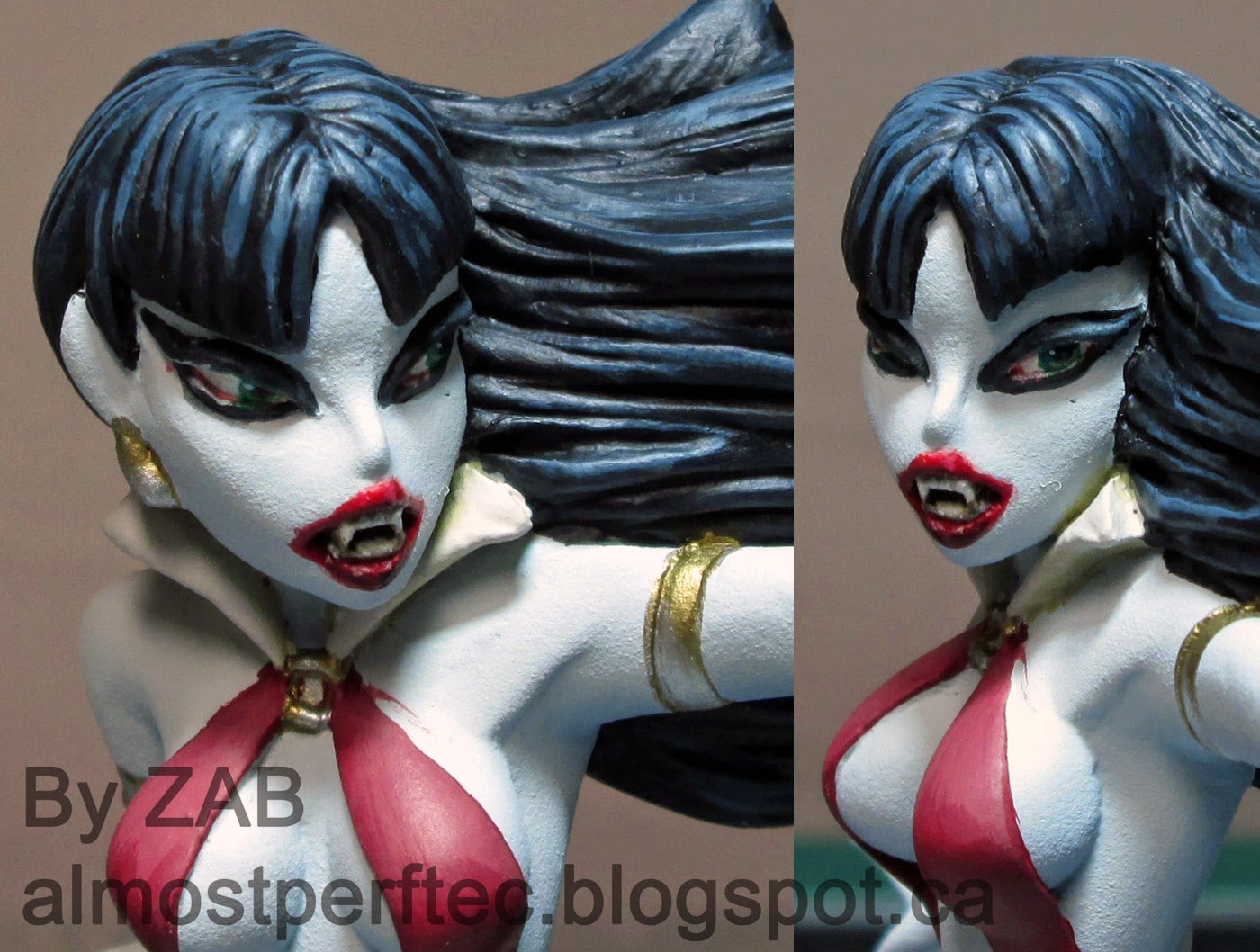 LATER WHEN I FIX HER SKIN - Which I am still not bitter about by the way - I will go back and define her lips and eyes more so she doesn't look like a clown, but that will be last of all since I will probably get more spots of colors on her very light skin from other areas. Stupid skin. Stupid primer. Where was I? Right! The leaves were last for color blocking...

There was lots of good reference martial this fall and a walk with The Lady Inquisitor and The Agent of Chaos took my mind off that awful priming and airbrushing that I am totally not bitter about. 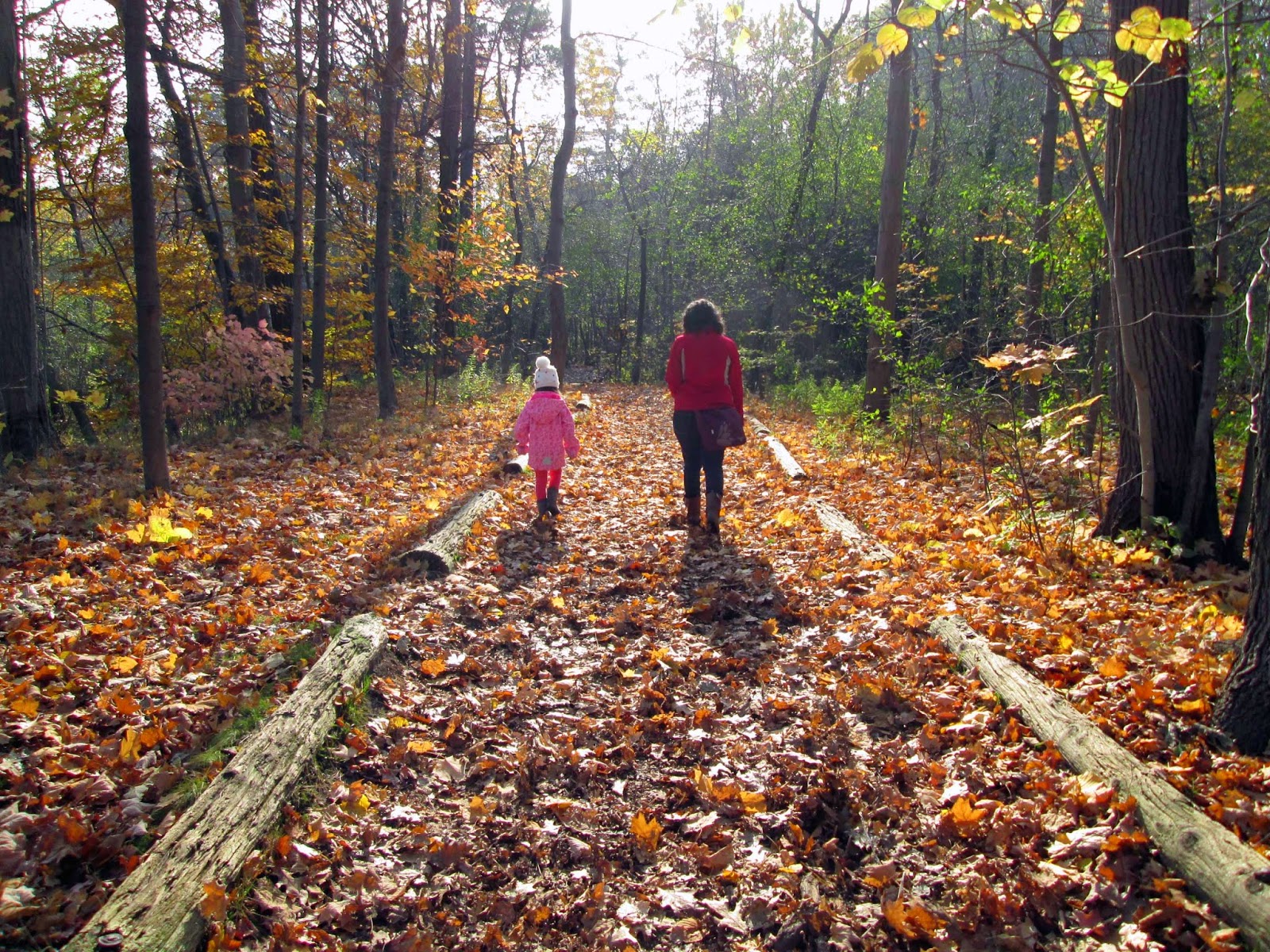 Next post: Shades, glazes and highlights for the colors blocked in. Maybe I'll fix the skin too. Maybe. Comment in the comments where I will probably not be bitter. Oh well, you know what they say? You can't spell paint without a little pain :(
Posted by Zab on Friday, December 12, 2014