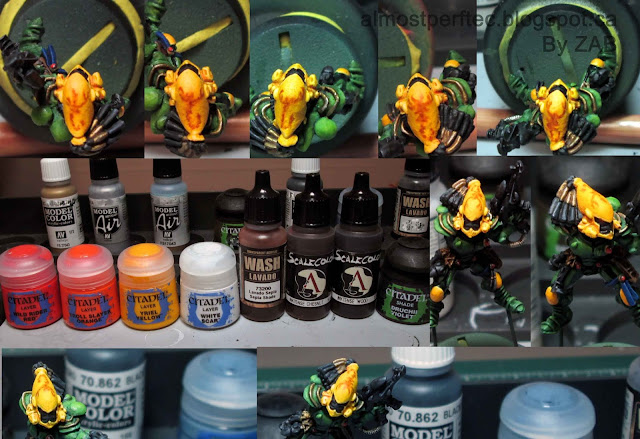 I used the colors above to do the freehand. Lots of very thin glazes getting darker and darker as I went with the original helmet colors for touch ups as I went. I figured Eldar were fancy and would do freehand art on their helmets. More details below...

Very simple layering of the colors below and a basic wash to add a bit of blue and tie them back to their Craftworld brothers. Remember this is part of a bigger force ;) 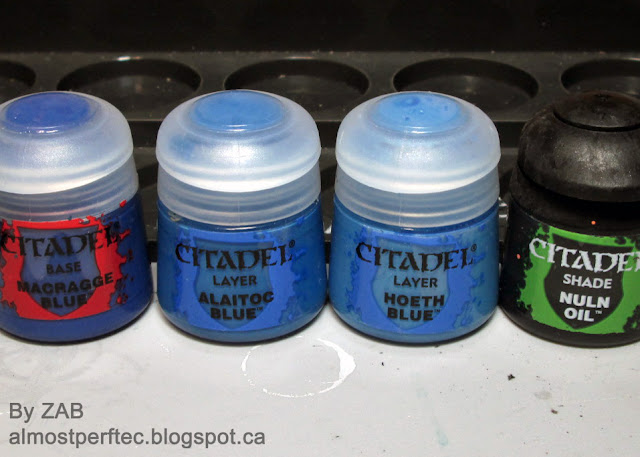 Next up was gems. Bloody Eldar and their fancy baubles -_- 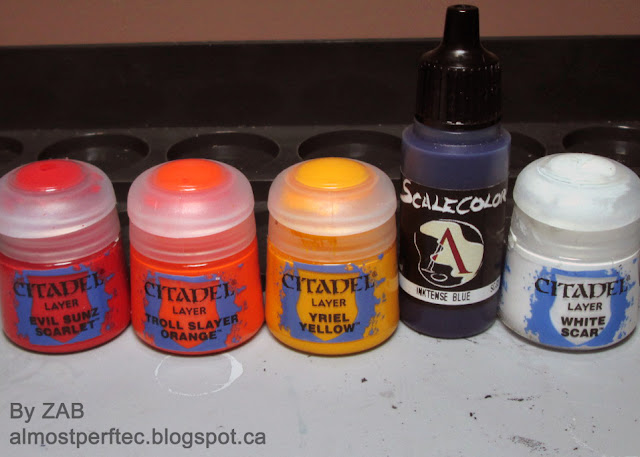 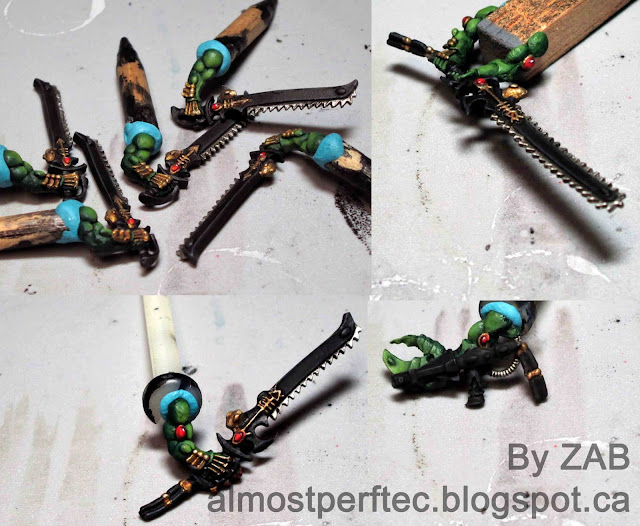 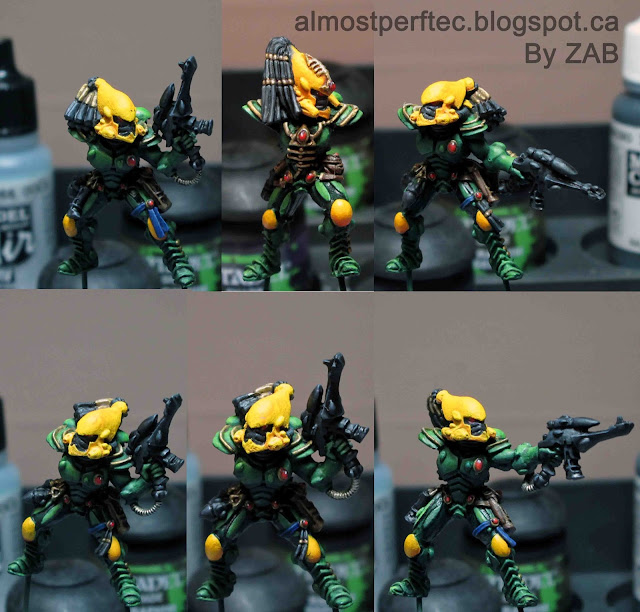 So much work, but they pop and look very fancy :P

Next post: Lenses and Purity seals on the Marines! Thanks for looking, hit me up in the comments and remember, you can't spell paint without a little pain :)
Posted by Zab on Friday, June 19, 2015