This one will be short. Ironic, since painting these details took the longest o_O Black, metal and gold finished above, colors used below...
So you'll notice I didn't use black until the wash stage. It's better to do that so that you can control how black you want your black to be. Shut up. It works. I used blue grey tones to keep it cool and didn't have to bee too clean since the black wash would blend a lot of the rough transitions. As a finishing touch I did a red-sh glaze. Believe it or not that step adds a lot of depth to a blue black :) 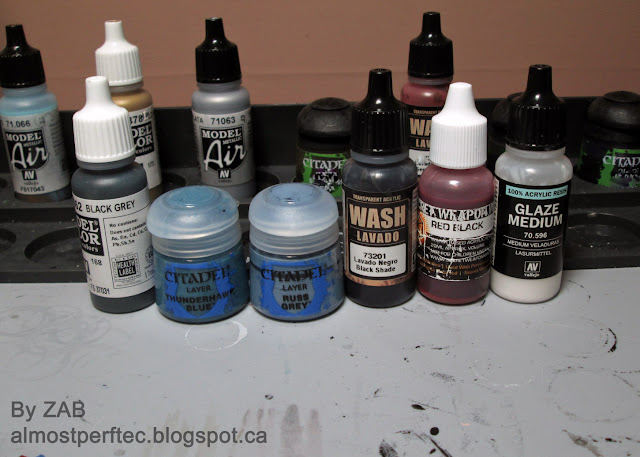 I used the colors below for the gold on both the Marines and Eldar with one key difference. I based VMA Gold, then highlighted VMC Old Gold and finally VMC Old Gold & VMA Silver 1:1.  The marines got a thinned glaze of Seraphim Sepia and when that was dry a heavier glaze of Agrax Earthshade in just the recesses. The Eldar got a glaze of Sepia Wash and when that was dry they got a heavier glaze of Druchii Violet in the recesses. 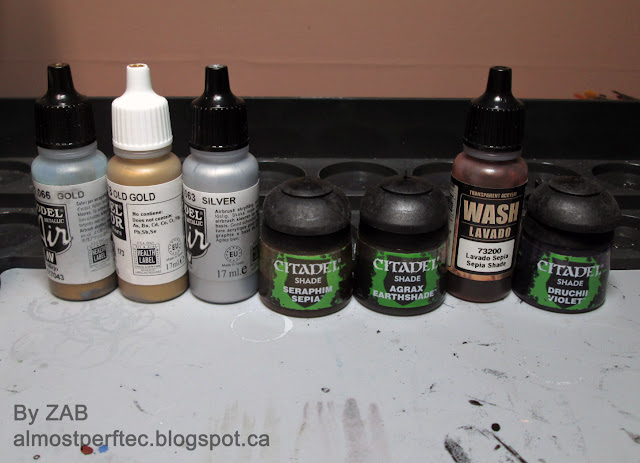 Same deal for the metal colors below. Both were used on the Marines and Eldar, but with different final washes. Leadbelcher, highlighted with Ironbreaker and VMA Silver. Marines got a wash or two of Nuln Oil and the Eldar got Armour Wash. I went back and re-highlighted with silver later during touch ups just to bring out shapes and details :) 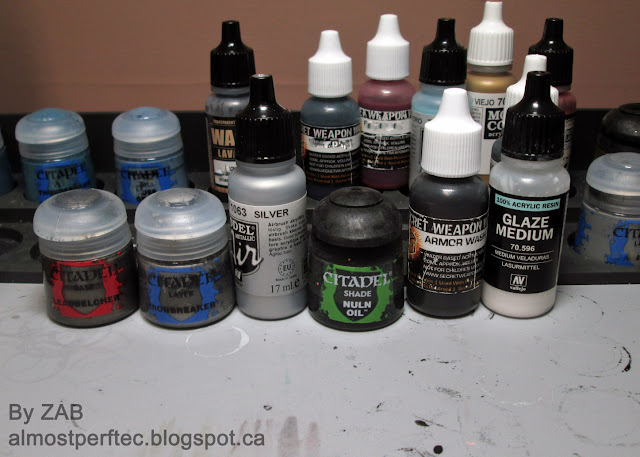 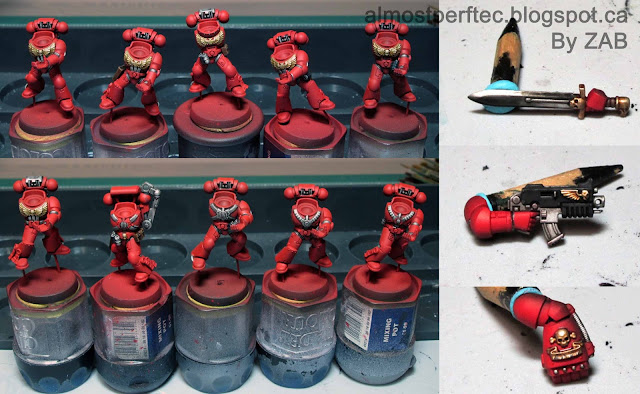 Almost done with details, I swear.

The beneficiaries of this effort - Doctors Without Borders (DWB) - www.doctorswithoutborders.org
You DO NOT have to be present at the NOVA Open to win, they will ship the armies to anywhere in the world in sturdy, custom-cut, KR Multicases!
There are other armies/collections in the works for 40K, Malifaux, and Flames of War. Tickets purchased for each of these other armies benefit a variety of other charities including Fischer House, and the Wounded Warrior Project.

Next post: More details! Hey, I said almost. Just gems, some freehand and blue on the Eldar ;) Check out the blog roll, hit me up in the comments and remember; you can't spell paint without a little pain!
Posted by Zab on Friday, June 12, 2015