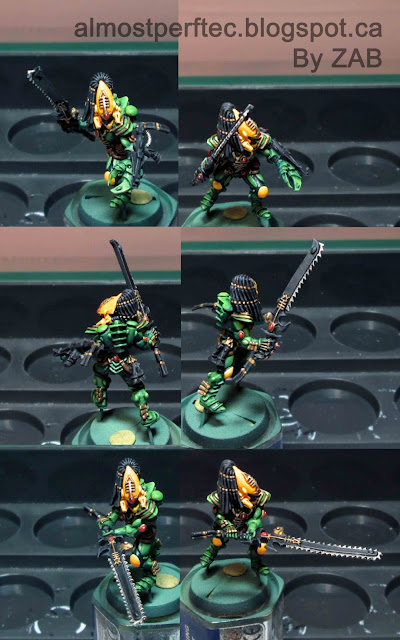 So these guys are ready for their bases. There wasn't much to do once the freehand was done - just a few touch ups and assembly... 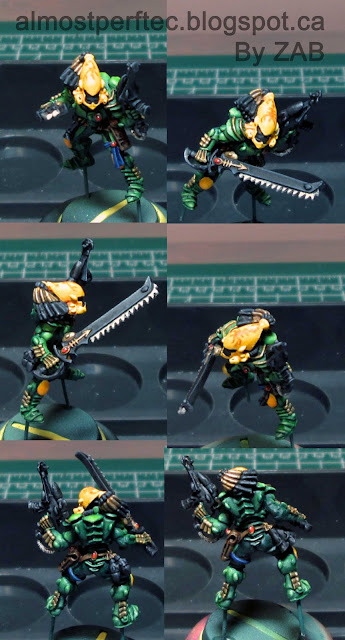 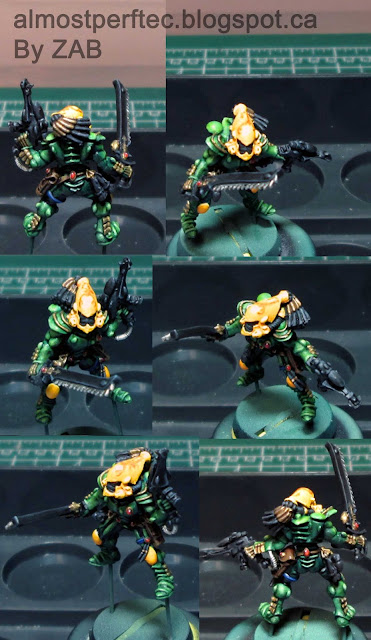 Filthy xenos -_- Let's get back to the beakies!
I tightened up the armour shading with the colors below with a series of glazes following the rough sketch I did with the airbrush. I also went over the decals to help them look tied into the armour more. 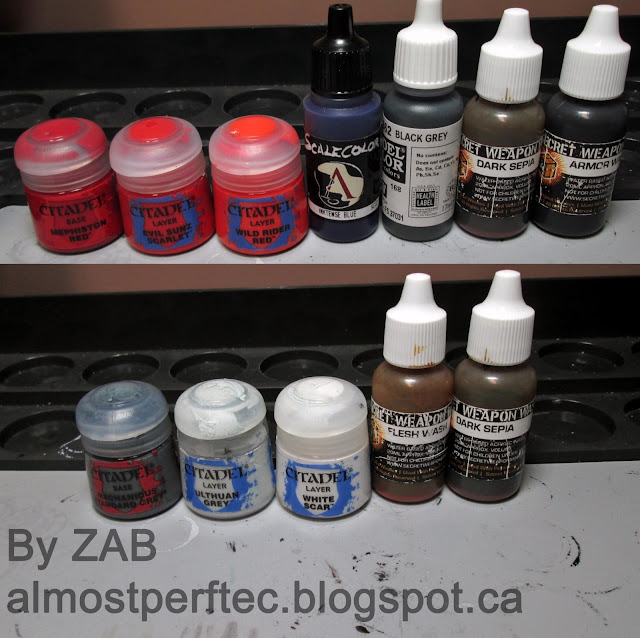 Now it's time to make these guys look like they have been on campaign for a while. I used the colors below to add chips to the white and red armour as well as pick out some of the metal details we painted earlier 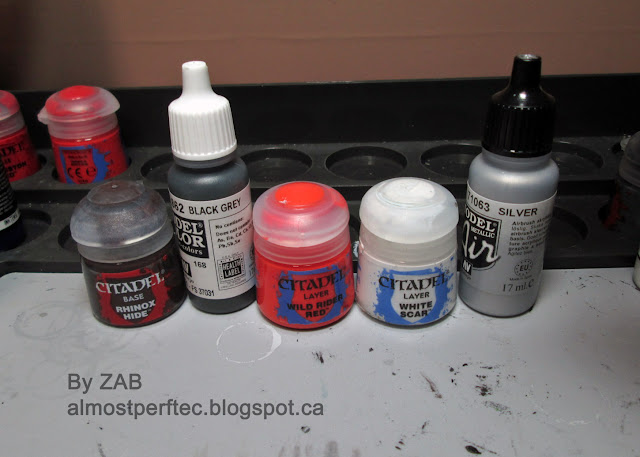 Mix Rhinox Hide & Black Grey 1:1. Using some random small chunks of ripped blister foam and tweezers dip the foam in the mix and dab it off on some cereal box card or scarp paper until you get a nice pattern. Don't use paper towel or cardboard as you will pick up particles that will add texture which will actually not help. Weird, I know. Don't use texture to create fake texture? Trust me. Apply that to the armour where it would wear and chip - edges, toes, shoulders, backpage vents, knee pads etc. LESS IS MORE!!! Don't blow away all the nice shading because you need to leave some open space for streaks to show later. Once that is done you have to go back and paint in thin lines on the bottom edge of each dark area to give the chips some depth. Use White Scar for the white areas and Wild Rider Red for the red areas. I also used white sponging on the red decals to make it look like some of the paint scraped off revealing the layer beneath. You can gently drag the foam across the surface to create random scrapes too once enough paint has come off. 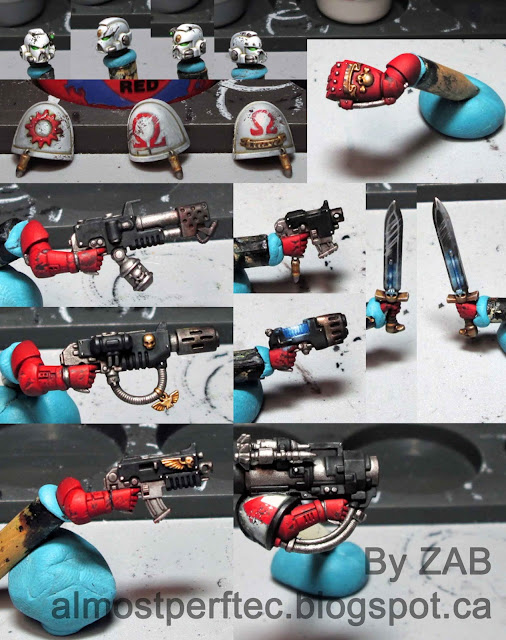 Pretty slick (love the sword blade - that came out better than I had planned)! Onto the streaking... Use the colors below to add some stains and streaks to the armour. Panzer grey on the red Winter grime on the white. Apply it under chips and joints where dirt and oil would streak and run. Let it dry. It will look awful and heavy handed: 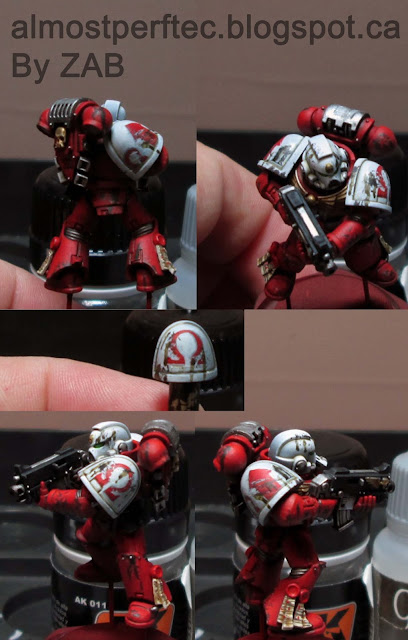 Now when it is dry take AN OLD BRUSH that has split hairs and wont keep a point and dip it in the white spirits. Dab it off on a paper towel so it is only damp with spirits. Now very gently drag it in the same direction that the streaks are going barely touching the surface. Don't flood the area with spirits and don't press hard or you'll blow away all the streaking fluid and ruin your paint job too O.O If you take you time and do it right it will look very nice: 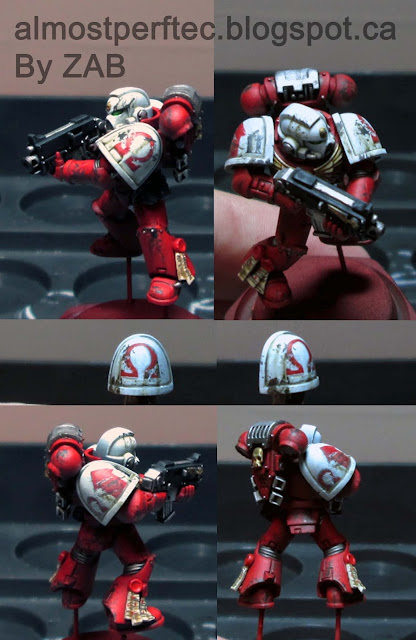 After it dries seal that nice effect with some satin varnish so your clear coat doesn't erase it later when you are sealing them! Good job :) Hey, these guys are ready for their bases now too...

Next post: Bases. Thanks for looking, go buy some tickets to win these guys and the armies they belong to and remember; you can't spell paint without a little pain :)
Posted by Zab on Friday, July 03, 2015